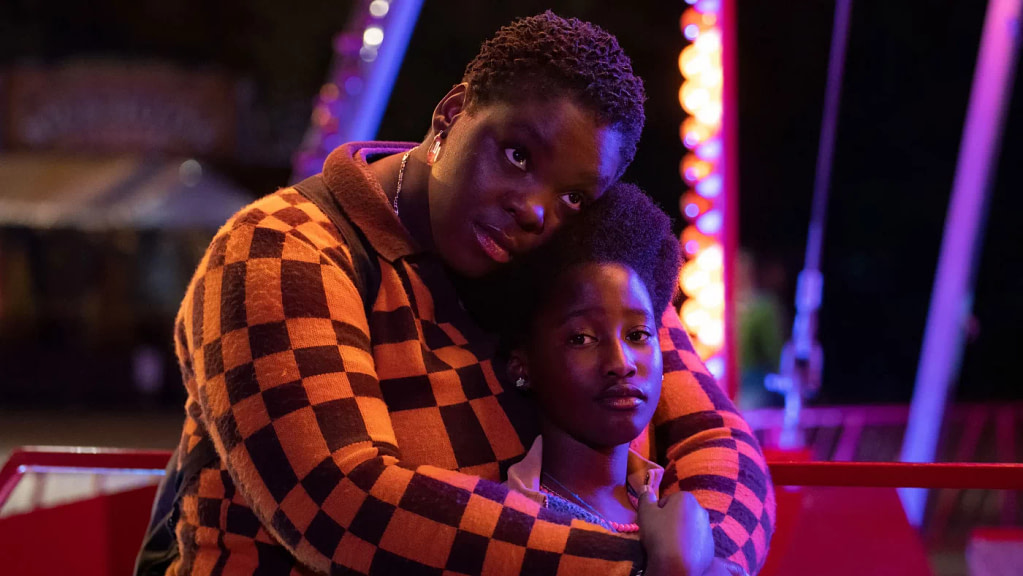 Talent and tenacity can take you many places, and this week it’s taking director Adura Onashile from Glasgow, Scotland, to Park City, Utah. After debuting her short film Expensive Shit at BFI Film Festival, and winning awards at Glasgow International Film Festival, Onashile is now presenting her feature film debut, Girl, as part of the World Dramatic Competition at the Sundance Film Festival 2023. This accomplished artist has come a long way, especially considering that there was a period in her childhood where even leaving the house by herself was unthinkable.

“We had just moved back to London, my mother and I, from Nigeria,” Onashile says, recalling being temporarily housed in a high-rise in Bermondsey in the ’80s. The building was located in an enclave controlled by the National Front, a far right–wing, white supremacist political party in the U.K. Onashile recalls that because of the fear that the mother and daughter would be targeted, the community council would escort her to school and her mother to work every day and do their grocery shopping for them. “Because I couldn’t go outside to play, what seemed like a very traumatic experience of being stuck in the house was actually really magical, because Mum had to create all this fun at home,” Onashile says.

“I just love the way that film and an image can say so much with so little.”

This experience, and her memories of a time that was part ordeal and part ideal, inspired Onashile to write Girl. The film tells the story of 11-year-old Ama (Le’Shantey Bonsu), an immigrant from Africa who lives in a council estate in modern-day Glasgow with her mother, Grace (Déborah Lukumuena, The Tunnel, Divines), isolated from the world around them and living for each other. “I wanted to explore this theme of trauma versus beauty,” Onashile says. “Being that I’m writing a film, I’m pushing the extremes of the trauma and I’m pushing the extremes of the beauty.” Onashile’s fictional characters have a harder time making their situation work, and where the writer’s own mother decidedly rose to the challenge, Grace is a fragile, overwhelmed 24-year-old who in many ways is still just a girl herself.

While Ama and Grace share an indescribable bond, they find themselves at a crossroads in their lives. The mother is paralyzed by fear any time she leaves the apartment while her daughter blossoms, eager to be part of a bigger world and to connect with new people. Girl is both about holding onto to what you love and about letting go as Grace comes to the difficult realization that she has to loosen her grip on Ama if either of them are going to ever truly live their lives.

The dynamic between Grace and Ama was at the heart of making Girl work, and casting Lukumuena, a César award winner, meant that Onashile was off to a good start. The director found her Ama in a primary school in Leeds, England, where Bonsu was part of a drama program. Onashile drew on her stage background in order to get the two actresses where they needed to be. She learned from her time with distinguished theater companies such as the National Theatre of Scotland, the Royal Shakespeare Company and Young Vic that there is no substitute for rehearsing. “There is a complicité that actors just get from spending time together,” Onashile says. “You can’t manufacture that. I was working with an 11-year-old, so it became even more important that she feel comfortable with Déborah. The only way I knew how to do that was through rehearsals.”

Osashile was able to work with the two for half of the day every day for three weeks, and the process allowed them to build trust and a level of comfort that shows in every beautiful frame of the finished film. While her theater training served her well in that regard, the transition from playwright to screenwriter was surprisingly easy. “I think my writing always leaned toward visual storytelling, even within theater,” Onashile says. “I just love the way that film and an image can say so much with so little.”

As Onashile’s touching portrait of a mother and daughter from Africa but living in Scotland is projected onto a screen among the mountains of Utah, it’s a beautiful reminder that imagination breaks through all barriers and boundaries. Just as her mother did for her, Onashile can enrich our world through the one that she creates for us.