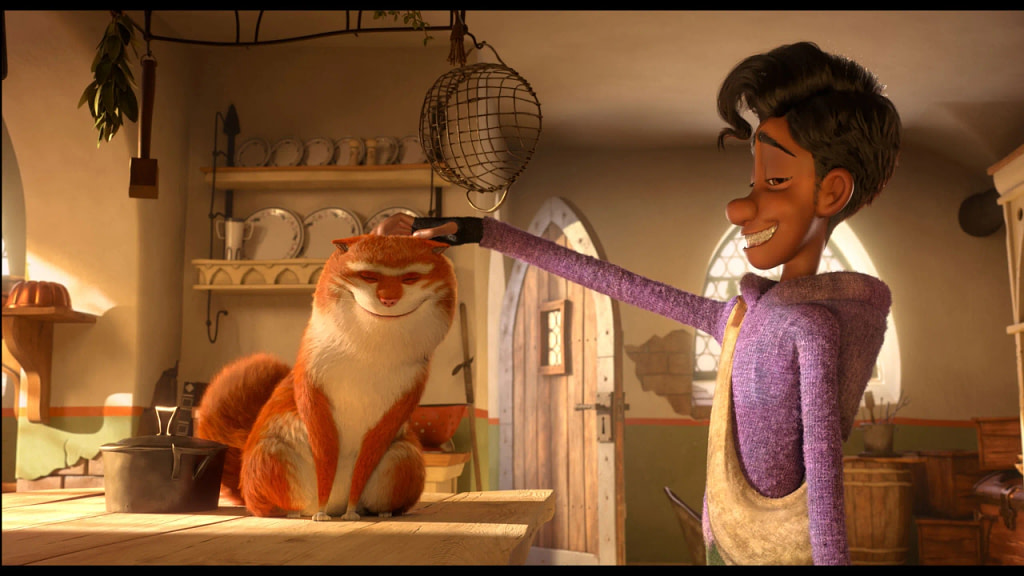 Director Toby Genkel on The Amazing Maurice and That Pratchett Melody

Anyone who remembers the tale of The Pied Piper of Hamelin can tell you that art has a way of calling to us, as the piper’s musical spell prompts the rats overrunning the tiny village to follow him straight out of town. While the Sundance Film Festival 2023 aims for a more sophisticated fan base than rodents, the call of the arts still beckons us to follow it to Park City. If that’s not enough of a parallel for you, the two are also connected through director Toby Genkel‘s new film, The Amazing Maurice, a subversively cynical animated take on the Piper’s story, which is making its U.S. premiere as part of the festival’s “Kids” section.

“It’s a bit surreal, to be honest. It’s a huge thing for us,” Genkel says. The 53-year-old animation director from Hamburg, Germany, never had Sundance on his radar as he was making The Amazing Maurice, and he couldn’t be more pleased by the honor of being selected to play at the festival. The colorful, exciting CGI feature is based on a novel by one of the most beloved humorists and fantasy authors of our time, the late Sir Terry Pratchett. The Amazing Maurice and His Educated Rodents first published in 2001, and Genkel puts a clever spin on the time-honored tale by refocusing it on a streetwise talking cat named Maurice. The plump, ginger feline befriends a group of rats and concocts a money-making scheme to con small villages by bringing in the rats to run amok, only to have a piper named Keith show up and offer to rid the hamlets of the rodents for a modest fee. The 28th out of 41 novels set in the fantastical Discworld universe, a medieval fantasy world with the adventurous imagination of J.R.R. Tolkien and the comic absurdity of Monty Python, The Amazing Maurice and His Educated Rodents is an imaginative and delightful tale perfectly suited to be the first Pratchett film brought to life through animation.

“I closed the book and said, ‘How good is this?’” says Genkel, and he knew that he wanted to sign on for the project. At the same time, there were some concerns about making the film appeal to a wide audience. “There are certain passages in [the book] that would be hard to put on screen,” Genkel explains. Pratchett’s book features sequences which Genkel feared may simply be a bit too intense for children.

The director gives props to famed screenwriter Terry Rossio, whose credits include Aladdin, Pirates of the Caribbean: The Curse of the Black Pearl and The Mask of Zorro, for making some bold choices that helped make some of the darkest elements more palatable to the target audience while maintaining the all-important flavor of the source material, which balances screwball comedy with a fun, supernatural spookiness. “I call it ‘that Pratchett melody’,” Genkel says. “There’s a certain tone to it, and this is what we have to capture …  and then I think even the fans will forgive us for certain freedoms we took to bring the book onto the big screen.”

“There wasn’t much directing to be done, to be honest.”

One thing that should help entice audiences is the fabulous voice cast, which includes Hugh Laurie as Maurice; Himesh Patel as Keith; David Tenant as Dangerous Beans, the leader of the rats; David Thewlis as the villainous “Boss Man”; and Emilia Clarke as Malicia Grimm, a spunky, young woman obsessed with books and storytelling. “All of them were amazing to work with,” Genkel says. “What I tried to do is give clear directions of where we want to go but never too much, because you want these guys’ input. They’re not what they are for no reason.” When Clarke was cast, Genkel found himself watching a lot of interviews of the star to get a feel for what she was like in real life. “She’s such a lively person,” Genkel says. “When she speaks, she lives every line that she says, and every line has a different life to it. There wasn’t much directing to be done, to be honest.”

As this chapter in bringing the works of Terry Pratchett to the screen comes to a close, Genkel teases that we may be seeing more from the team behind Maurice and adds that a huge chunk of the people in key positions on the film were obsessive fans of Pratchett. Still, whether you’ve read every book or if this is your first excursion into the Discworld, The Amazing Maurice is an inviting and captivating melody that casts an irresistible spell on those who follow it.