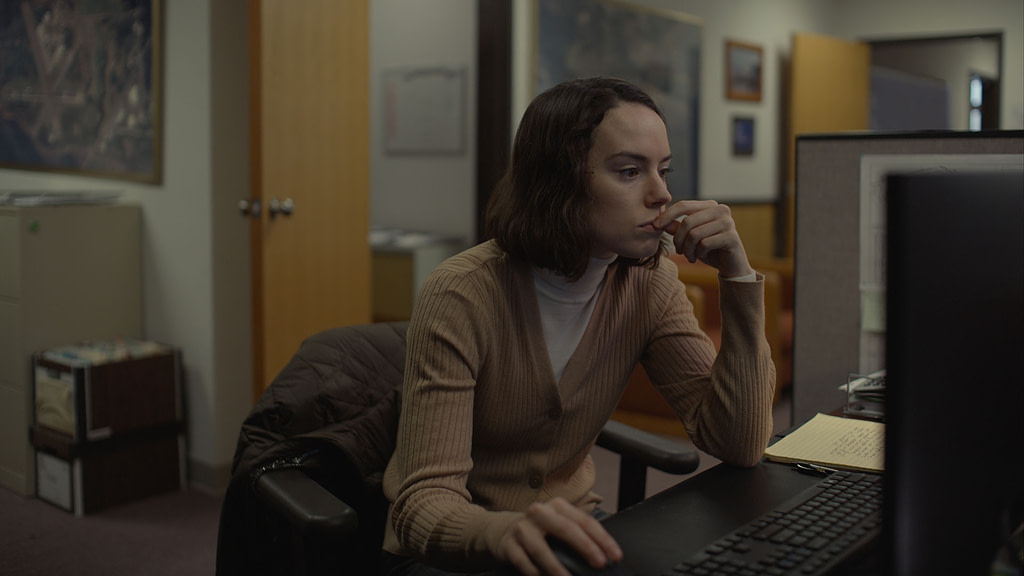 Photo Courtesy of the Sundance Institute

One of the biggest film festivals in the world is back in person after two years of being entirely virtual. This joyous occasion was ironically marked by the screening of Sometimes I Think About Dying, the kind of movie you might watch once at home but isn’t worth a trip to the theater.

Sometimes I Think About Dying stars Daisy Ridley as Fran, a quiet person who spends her days sitting at her office cubicle organizing spreadsheets before going home to an apartment where she lives alone. Fran is such an isolated, unassuming enigma that it’s nearly 20 minutes into the film before she speaks, though we do get a few peeks at her daydreams. When Fran’s mind wanders, she imagines different scenarios of her death, though it doesn’t so much play as if she’s suicidal as it does that she’s so emotionally detached from life that death is a curious preoccupation.

Fran’s co-workers seem to get along well enough in their own boring way, though she doesn’t particularly connect with any of them. When the new guy Robert (Dave Merheje, Ramy, Humor Resources) takes an interest in Fran and asks her out to a movie, she accepts and the two begin casually seeing each other.

Sometimes I Think About Dying is an awkward film about an awkward person. The idea of exploring the life of the kind of enigmatic person that you see everyday yet no one really knows is less interesting in execution than in theory. The problem with Sometimes I Think About Dying is that director Rachel Lambert (In The Radiant City) has so effectively made Fran into someone who struggles to connect with anyone or anything, that it can be difficult to get inside her mind enough to see the film through her point of view. The basic concept of feeling like a non entity is intriguing and all too relatable, yet I never quite felt like I was experiencing the movie through Fran’s eyes, and felt too shut out as an audience member to effectively experience her story. The gimmicky flashes of morbid daydreams seem to be there only to remind us which character’s point of view we’re supposed to be watching this movie through.

Sometimes I Think About Dying is a feature-length version of a short made by Stephanie Abel Horowitz. While it’s easy to see how this might have been truly great in that format, it flounders to find footing throughout its 91-minute runtime. Fran plays more like a sad oddity than a human being, and the approach to the characters in the regular, nine–five workday world is more than a little condescending. It feels like we’re watching a self-satisfied artist’s sad musings on what it must be like to have to hobble your way through life as a non-creative person working a job. The deliberately dull, cookie-cutter characters are so backhandedly insulting that it takes forever to realize that it’s meant to be sad that Fran doesn’t see herself as one of them. Once having this realization, it’s an interesting thought, though the characters are still played a bit too broadly to know fully.

Ridley is the film’s selling point, and the Star Wars actress is so damned good in the role that it’s clear that she’s found the character in a way that the writers and the director have not. She adds a humanity that the script struggles to find, making Sometimes I Think About Dying is a dry and extremely frustrating experience. Ridley gives us just enough of a feeling that this had the potential to be something special that I can’t help but wonder what a filmmaker with a stronger vision might have done with it. –Patrick Gibbs