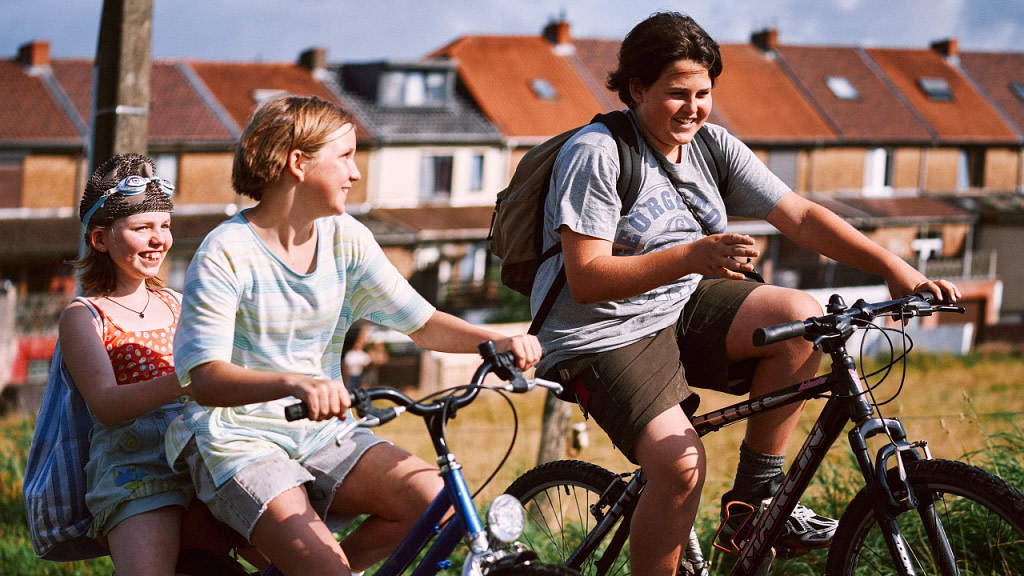 Sundance Film Review: When It Melts

When It Melts
Sundance Film Festival

There’s a dark irony in bad choices being a dominant theme of When It Melts, Veerle Baetens’ highly anticipated adaptation of The Melting, the best-selling novel by Lize Spit. While the catastrophic decisions made by the film’s characters build a compelling story, When It Melts is undone by a couple of big mistakes made by the author and the filmmaker.

When It Melts introduces us to Eva (Charlotte De Bruyne, Tori and Lokita), a fragile and socially awkward woman who has cut herself off from her parents and has lived alone since her little sister married. Eva is deeply triggered when she receives a social media invitation to attend a get together in her hometown, to mark the anniversary of the tragic death of a childhood friend many years ago. Eva sets off to attend the reunion, but not before putting a large block of ice in a cooler and loading it into the trunk of her car.

As she drives, Eva remembers the summer of 2002, and we flash back to see her as a sensitive 13-year-old portrayed by Rosa Marchant in a stunning performance. Eva spends most of her waking hours avoiding the tension caused by her fiercely battling parents through her inseparable friendship with Tim (Anthony Vyt) and Laurens (Mathhijs Meertens), who in turn spend their time trying to find ways to slake their pubescent lust. When the trio start a manipulative game with the local girls which involves solving a riddle that only Eva knows the answer to, it sets horrific events in motion that will haunt Eva forever.

When It Melts pulls you in rather quickly with its sense of foreboding and stellar performances, especially from De Bruyne and Marchant. Baetens has a gift for staging and demonstrates a lot of potential as a director. There’s a major problem in that the story ostensibly leads up to reveal the answer to the mystery of why Eva is bringing the block of ice with her, yet the horrifying and woefully contrived answer to this question is given away around the 30-minute mark when the characters introduce the riddle. The riddle telegraphs the ending of When It Melts, and it’s impossible not to see what’s coming. It makes the rest of the 111-minute runtime agonizing to sit through. We know exactly what we’re leading up to, and it’s now just a question of why.

When It Melts is effectively disturbing as a story of sexual violence and trauma, and there’s room for debate about whether it’s trying to make a definitive statement about Eva’s decisions, but it comes dangerously close to glorifying the toxic “they’ll all be sorry when I’m gone” fantasy of revenge by suicide.

The viewer is left with the inescapable feeling that Eva’s tormentors deserve this consequence on some level, which in turn begs the question of whether the film is advocating such an idea. It’s a horrifying thought, and even if you’re going with the interpretation that Eva’s story is a self-destructive tragedy, I found it to be too irresponsible to forgive as an artistic choice and pointless as a dramatic device when there’s no element of surprise to it.

When It Melts is a compelling, bewilderingly clumsy piece of storytelling. Despite the immense talent involved, it’s a frustrating failure both as a film and as a statement on an important and timely topic. –Patrick Gibbs