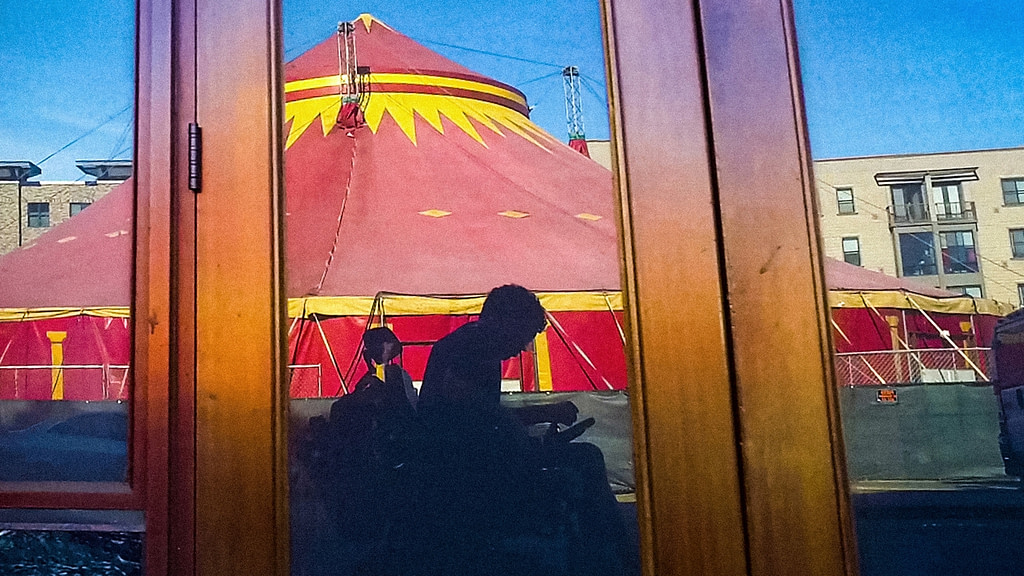 Reid Davenport has cerebral palsy, but he never saw himself as a disabled person and resisted the categorization for a long time. Over the past decade, the documentary filmmaker gradually decided that his disability was something he wanted to confront head on. I Didn’t See You There, the groundbreaking documentary that had its premiere at the 2022 Sundance Festival, does just that.

“I think I tried to pass as a non-disabled person,” Davenport says. “Obviously I knew I was physically disabled, but I didn’t want to claim that identity full force.”  As Davenport became interested in disability studies and theory, he realized that he was part of a large group of people who he needed to represent, because there was a fundamental mischaracterization that needed to be addressed. “I’m not disabled because of some medical condition,” Davenport says, “I’m disabled when society refuses me entry.”

I Didn’t See You There is a captivating look at Reid Davenport’s life in a wheelchair, going about his daily life and literally looking at the world from his point of view. Davenport used rubber bands to attach a drone camera to his wheelchair. The film’s primary subject is never seen on screen unless it is a glimpse of his reflection in a window or his shadow on a sidewalk, but Davenport is careful to reject the notion that I Didn’t See You Here literally captures life from his point of view. “I think film is an abstraction, and you can never duplicate reality, “ Davenport says. “I think it’s closer to my perspective than other types of filming, but just from a theoretical point of view, you can never fully replicate your perspective.”

Davenport, whose previous documentaries include Ramped Up, Access Denied and Wheelchair Diaries, is used to appearing on camera. With I Didn’t See You There, he wanted to do something different. The idea of chronicling hsi day to say journey in a wheelchair had been in his head for a while. As he began shooting, the sudden arrival of a circus tent outside his apartment in Oakland not only became an obstruction from capturing the view he had intended, but it became a distracting and unsettling reminder of some dark aspects of history. Davenport found himself becoming drawn to thoughts of P.T. Barnum’s Freak Show and its lingering presence in his daily life.

“For me, I still get stared at a lot,” Davenport says. “I still get gawked at in public places. Anytime you have institutional othering, the freak show is there, whether it’s for entertainment or whether it’s sewn into everyday life.” Especially at a time when Barnum has been brought back into the popular consciousness through the success of the musical The Greatest Showman, Davenport wants to address the reality of Barnum’s true legacy. “He exploited every historically marginalized group around. There’s no way he is an uplifting figure.”

“From a theoretical point of view, you can never fully replicate your perspective.”

I Didn’t See You There forces the audience to confront to confront both the spectacle and invisibility of disability. As Davenport tries to go throughout his day and to capture it on digital video, reality regularly gets in the way in the form of unsolicited offers of help or a careless workman blocking Davenport’s access to a ramp. It’s an important, unforgettable film that unflinchingly portrays the struggles that its protagonist and storyteller faces on a daily basis.

With the arrival of the film, Davenport hopes to take a step back from making films about himself and expand his reach. The filmmaker is currently working on a feature documentary about assisted suicide and disabilty, and how disabled people have died and continue to die under the guise of assisted suicide. While he’d prefer not to appear in his films again, he won’t rule out the possibility entirely. “Anything is possible,” Davenport says,, “but I don’t want to make any predictions.”

However Davenport chooses to approach his particular brand of filmmaking alongside activism and education, I Didn’t See You There is a profound work of art that deserves to be seen, and Davenport is definitely a bold and innovative filmmaker with a bright future.