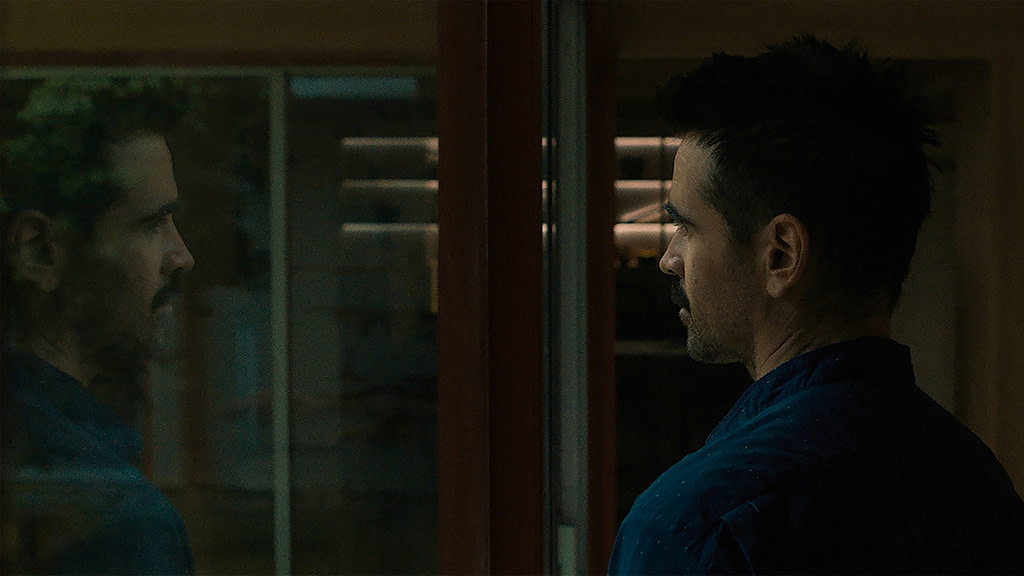 Truthfully, I would seriously consider paying to watch Colin Farrell read directly from the phone book (a paper publication that was popular in the 20th century), and if we’re being honest, at least half the time it would be a step up from the scripts he’s given to work with. After Yang, a cerebral new science fiction film, may not rank among Farrell’s very best, but if nothing else, it’s his most interesting film in a while.

After Yang takes place at a point in the future when robotic children are purchased as live-in babysitters or siblings and centers around a couple—Jake (Farrell) and Kyra (Jodie Turner-Smith, Queen & Slim, Without Remorse)—and their adopted daughter, Mika (Malea Emma Tjandrawidjaja), who is closer to her older brother Yang (Justin H. Min, The Umbrella Academy) than she is to any other member of the family. The only trouble is that Yang is an A.I. who was purchased by the family.

When Yang breaks down abruptly, he’s not covered under warranty because he was “certified refurbished,” a fancy way of saying that he was a used robot bought at a store that had gone out of business. As Jake tries to find a way to get Yang repaired and fix his daughter’s broken heart, he makes the discovery that Yang was recording memories. Jake’s quest becomes an existential inner journey: trying to understand who Yang was leads him to ponder his own life and whether it’s passing him by.

Writer-director Kogonada (Columbus) lets After Yang play out as a slow burn, and the pacing is at times a bit sluggish. Despite a premise that could have been very emotional, After Yang is more thoughtful than it is moving most of the time. It’s a very compelling concept that had me hooked most of the way, though it gets a little draggy in the middle and isn’t quite as profound an experience as I felt that it could have been.

That said, the acting is strong, with Farrell giving a quietly commanding performance as a man who is simultaneously coming to grips with the feeling that he hasn’t just had a robot stop working—he’s lost a son, and he realizes he really didn’t know who Yang was deep down. Turner-Smith is effective but distant as Kyra, and young Tjandrawidjaja really makes the whole film with her endearing portrayal of little Mika. It was great to see Clifton Collins, Jr, last year’s winner for the Lead Actor Award at the festival for his stunning leading man turn in Jockey, but also depressing to feel that he’s already back to playing largely thankless supporting roles.

After Yang is an involving and ambitious film that’s well worth seeing, and it raises a lot of very interesting philosophical questions. I can’t help but wish that it had been a deeper dive with a more fully developed story, as there’s potential for a genuine masterpiece here. It settles for being just a solidly good film with some interesting ideas. Still, that’s more than can be said of half of the films released each year, and After Yang deserves at least as much credit for what it does achieve as it does criticism for what it doesn’t. –Patrick Gibbs