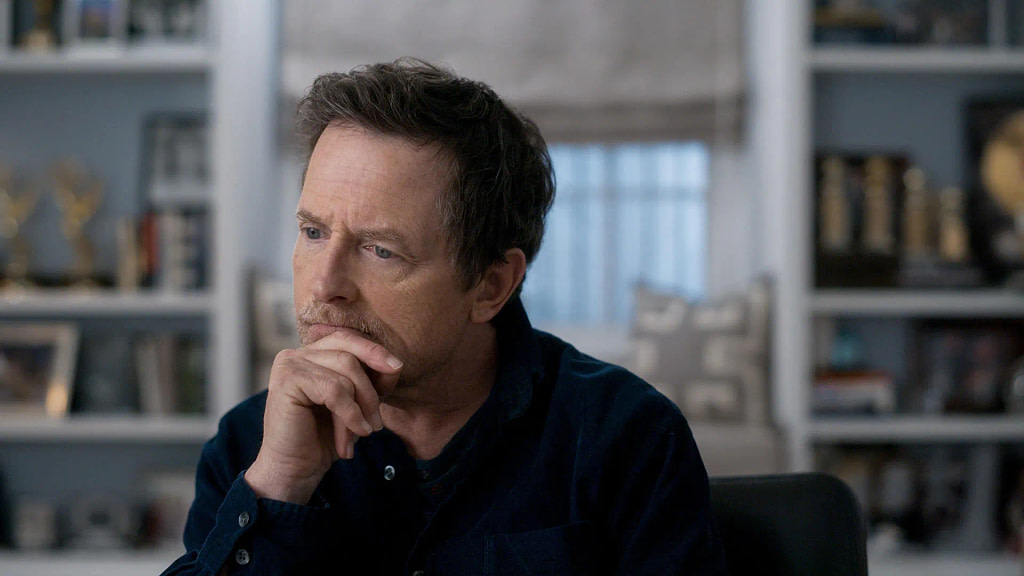 As a short kid who was frequently defined by and written off due to my height, Michael J. Fox not only gave me someone to identify with—he made me feel like it was possible to be the coolest guy in the room without being the tallest. In the documentary STILL: A Michael J. Fox Movie, we see that while a lot has changed to the superstar, he is still the coolest guy in any room that he enters.

STILL: A Michael J. Fox Movie chronicles the actor’s childhood, career and his hard-fought—and still raging—battle with Parkinson’s disease. Based on Fox’s published memoirs,  the film combined voice-over narration and one-on-one interviews with Fox, as well as dramatic recreations and extensive footage from movies and television, including Fox’s big break playing Alex on the sitcom Family Ties and his sudden elevation to the hottest commodity in Hollywood when he steps in as a last-minute replacement for Eric Stoltz as the lead in Back to the Future.

At its core, STILL is an intimate portrait of a guy that everyone in America thought they knew but was deeply insecure and frequently used acting as a way to hide from the world, even before his devastating diagnosis. The films is a biography of a life that has been filled with challenges, changes and many chapters, with many still left to be written. It’s also a love story about Fox and his wife, actress Tracy Pollan, who has been by his side for over 35 years. Above all, STILL is a story of drive and resilience.

Director Davis Guggenheim (An Inconvenient Truth) takes a fast-paced approach, avoiding any long and lingering sequences. When he does slow down, it’s to great effect, to give us an unflinching look at the reality of the actor’s daily life with Parkinson’s at age 61. Seeing the curtain drawn back on Fox’s condition can be hard to take for a fan such a myself as the film displaysFox’s slurred speech and eventual inability to stay still or walk in a straight line. This pales in comparison to how empowering it is to see his strength and fully intact sense of humor.

The film refuses to portray its subject as an object of pity, instead capturing his indomitable spirit and incredible dignity. The director wisely avoids using faces in recreation footage, shooting them only from behind so that it looks like real footage of Fox on set, and the attention to detail in the body doubles, hair and costuming makes the moments seamless and utterly believable. Guggenheim makes great use of the wealth of footage, using an episode of Family Ties wherein Alex is trying to balance school with two jobs with the story of Teamster drivers hectically shuttling Fox back forth from that set to that of Back to The Future. Later, we see sobering examples of the point where Fox made a regular practice of keeping a fidget-worthy prop in his hand to hide the fact that it was shaking.

The most poignant and affecting moments come in the interviews and candid footage of Fox interacting with his family, and STILL provokes plenty of emotion without ever stooping to being a manipulative tearjerker. While it doesn’t pull any punches about the years of fear and pain the actor has experienced, the film leaves us with a sense of joy and gratitude. It all serves, fittingly, as kind of a time machine, taking the viewer on a journey through an unforgettable past and looking ahead to the future with courage, determination and hope. –Patrick Gibbs