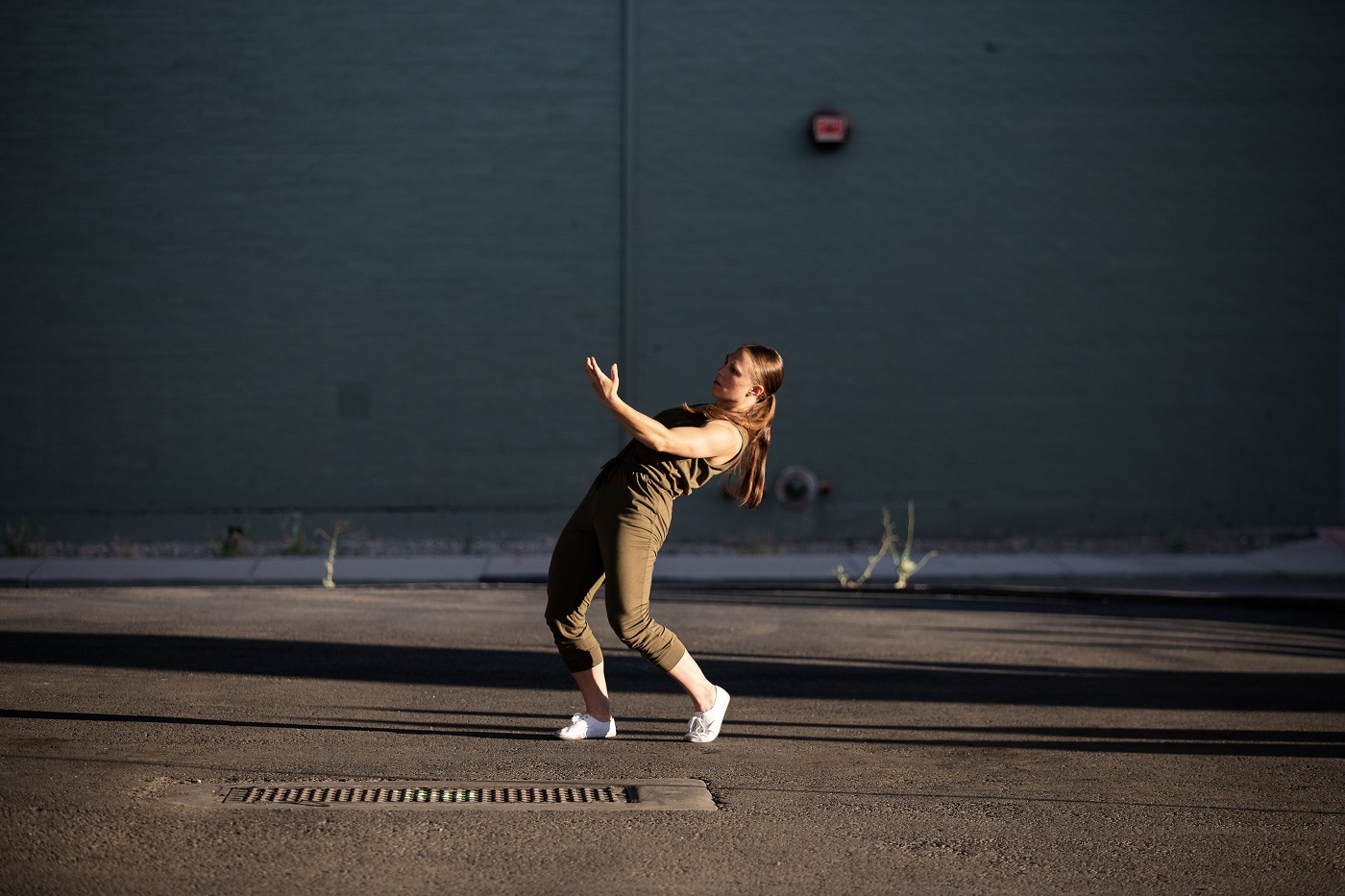 Outer Space: A Performance for Community

Under the freeway exit of 600 South, there are three rows of painted pillars, Keith Haring style. It’s a quirky space, and certainly not where you would guess a dance performance would be held. But Dan Higgins and Haley Johnson, two freelance choreographers that put together the Outer Space show, did an excellent job proving me wrong. They were able to transform the industrial space into a full-blown stage, which included spaced-apart seating, lighting and a professional sound system. In addition to Higgins and Johnson, the show included four other freelance choreographers: Trevor Wild, Morgan Phillips, Johnathan Kim and Joe Blake, all of whom missed dancing in front of a physical crowd.

The show I speak of, Outer Space, is one of the first that the Salt Lake area has gotten the opportunity to be a part of since the shutdown, which began in early March. It played for two nights in July, thanks to the six local choreographers and producers that were longing to bring art back into the city during this turbulent time. The show acquired the title Outer Space because that’s exactly what it was supposed to be: a space outside that had the ability to bring people safely together while COVID-19 cases surged nationwide. The authenticity of this motive was apparent from the very beginning, from the price of the show ($0) to the hand sanitizer station at the entrance to Higgins’ goofy marionette skit that was sure to bring a smile to everyone in the audience.

“The show I speak of, Outer Space, is one of the first that the Salt Lake area has gotten the opportunity to be a part of since the shutdown, which began in early March.”

The show was primarily modern with contemporary and interpretive influences, so each artist lucky enough to be seen performing was able to bring a unique style to the audience, each of which evoked powerful stories. For instance, there was the troubled relationship that I was able to interpret from Johnathan Kim’s upbeat song, phenomenal dress, effortless movement and stoic demeanor. Or, the performance that followed choreographed by Morgan Phillips, which started with the dancer placing three picture frames on the floor. By the time the dance had ended and she began to pick up the picture frames, each audience member had undoubtedly created their own heartfelt tales about the photographs, the frames held simply based on the dancer’s ability to tell a story through movement.

As I saw it, the show also repeatedly, but gently, nodded at COVID-19 and the discomfort it is causing worldwide. Haleigh Larmer started out the show in an army-green jumper and a blank expression, with the sun shining brightly in her face. Alien-like music started to play, and all at once, it felt as if the audience was taken to another galaxy—perhaps a play on the title of the show. It was apparent that Larmer was in a struggle of sorts, a graceful one at that, and as soon as you are certain  Larmer is about to slay the dragon she has painted for the audience, the music stops and upbeat, festive Meditteranean music begins to take over. Larmer’s movement followed the rhythm, and her performance was as immediately entrancing as the intense battle she had imagined for us just moments before. It seemed as though Larmer aimed to convey the unfamiliarity of COVID-19 and how alien it all feels. As I perceived it, the switch to an upbeat rhythm with matching movement was a dreamlike escape when compared to this “nightmare” the world is living through.

“As I saw it, the show also repeatedly, but gently, nodded at COVID-19 and the discomfort it is causing worldwide.”

Similarly, Haley Johnsons’ piece featured another reference to the discomfort of living through a pandemic. She began far away from the audience, with classical music playing in the background. With her hand placed over her face, she pushed a shopping cart and slowly began to move toward us; toward the sun. Obviously, referencing the new shopping protocols. The music then turned chaotic, and so did the dancing. Her movement felt effortless and just as disconcerting as the song. The piece ended with Johnson seated and looking at the clock on the wall on the pillar in front of her, waiting for normalcy, as so many of us are.

Johnson and Higgins commenced Outer Space by saying, “Take this opportunity to enjoy art, indulge, wash it all away and see some people move,” which is exactly what everyone in the audience was able to do. It’s interesting how easy it is to take advantage of the simple things in life—such as going to a local performance and enjoying art in the company of strangers—but once I heard Johnson’s words, I was immediately aware of the incredible thing these choreographers were giving me out of their innate kindness and talent. I was also reminded how badly my craving for the mundane needed quenching, and it got it. In this trying time, it is so important and encouraging to have compassionate souls, like those behind Outer Space, creating things that will bring us closer to any sense of community.