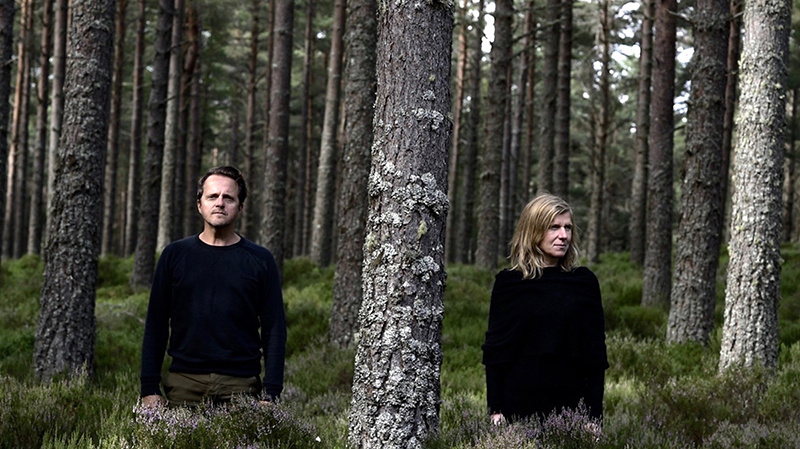 The Language of the Body Told Through Cinema’s Frame: The Bi-Annual Screendance

Scrunched into a cubicle, huddled on public transit or bending over an all-attention-consuming screen, our bodies frequently serve as forgotten vehicles or entry points into a virtual world often privileged over the physical. While sitting still is encouraged in our society, Ellen Bromberg, Distinguished Professor at the University of Utah School of Dance and Founding Director of the Modern Dance Graduate Certificate in Screendance, wants to challenge this normalized dynamic. A decorated dancer and choreographer, Bromberg built one of the country’s first university Screendance curricula and the Screendance Festival, in collaboration with the Salt Lake Film Society (SLFS). To bring screendance to the community, she and Tori Baker, Executive Director of the SLFS, created the Screendance Festival, which first took place in 2018 and will be screened at the Broadway Theater in March 2020.

The genre of screendance—also referred to as video dance, cinedance, dance for camera and dance film—“brings together images of the moving body with the technologies of film or video to create a unique and hybrid art form,” Bromberg says. How the film of the dancer is shot, cut and edited produces an art form that’s less about documenting a dance performance and more about using each medium’s capabilities to create a hybrid form of art. “Screendance is, first and foremost, a film. Choreographic concepts are subsumed into the language and strategies of cinema,” Bromberg says. “What we think of as continuity of the dancing body is redefined through shot size and the cut.”

“As an artform, screendance affords the experience of somatosensory storytelling, a deep language of the body told through the frame of cinema.”

The upcoming season is especially important for Bromberg, as it marks her retirement from the University of Utah and from Screendance curation. Award-winning screendance artist and educator Katrina McPherson will take over the directorship of the Screendance Certificate and teaching of the course. This year’s Screendance is co-curated by Bromberg and McPherson and presents some of McPherson’s award-winning films, including There is a Place. The film, shot on location in the Scottish Highlands, is a collaboration between McPherson, Sang Jijia (Tibetan Chinese dancer/choreographer) and Simon Fildes, an international, award-winning filmmaker.

Bromerg believes in the multidimensional potential of movement for creative production. “Our bodies have evolved over eons and possess the innate capacity for expressivity,” she says. “When the body is given voice, when presented in an empathetic frame, it can speak profoundly.” Screendance captures that potential on film.

Dance and film have a long history, with the first experimental films capturing dancers, including the celebrated Loie Fuller. In the mid-20th century, the work of Maya Deren and Shirley Clarke solidified the genre. This history creates an interesting relationship between dancer and the camera.

“When the body is given voice, when presented in an empathetic frame, it can speak profoundly.”

“The focus for Screendance 2020 is the camera as an empathetic partner that finds, meets and engages with diverse people and places, and introduces us to ideas beyond those of our own experiences,” says Bromberg and McPherson “the camera as witness to different lives and circumstances, telling unique stories, showing alternative spaces and populations and offering varied points of view.”

Bromberg’s own journey into dance and film started in the Southwest. She grew up in Arizona, and from her first time dancing, she says, “I loved the sheer joy and sensation of movement.” She danced through her school years and into college. At 20 years old, she joined the Utah Repertory Dance Theater, honing her technique and discovering her creative voice. After graduating, she moved to the Bay Area. “It was during my time in the San Francisco Bay Area that I first encountered the fascinating form of screendance,” she says. “I knew that at some point in my future, I would pursue making work for the screen.”

The festival will feature films from around the world and a screening of work created by students from the University of Utah’s Screendance course. “As an artform, screendance affords the experience of somatosensory storytelling, a deep language of the body told through the frame of cinema,” says Bromberg.

“The focus for Screendance 2020 is the camera as an empathetic partner that finds, meets and engages with diverse people and places.”

Combining the unique storytelling and artistic capabilities of film and dance, Screendance sheds light on the all-too-often forgotten dimensions of the real world—attendees of the upcoming festival can expect to learn something new and broaden their horizons. Bromberg says, “This festival celebrates humanity and difference, and at this time, it is a celebration we need in our world more than ever.” Visit facebook.com/UofUScreedance or dance.utah.edu/events/modern-dance/screendance-festival to stay updated on upcoming announcements on 2020’s Screendance.