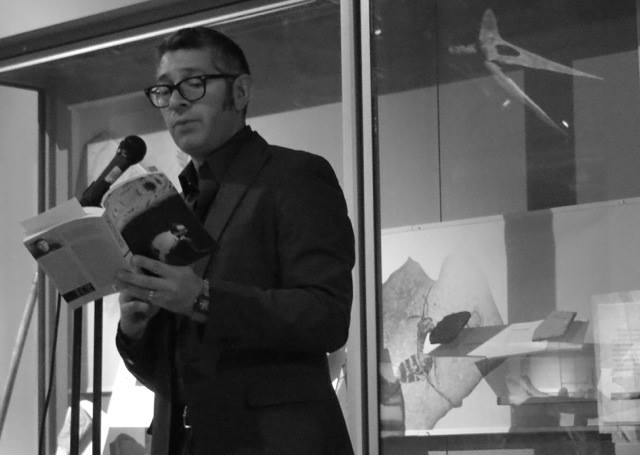 For 40 years now, the literary press Fiction Collective has been the ardent antennae of innovative American writing. Founded in Brooklyn in 1974 by a group of young, experimental writers reacting to mainstream publishing, Fiction Collective, which rebranded as FC2 in 1989, has published over 200 books. Entirely not-for-profit, author-run, untethered to government funding, dedicated to constantly updating the possibilities of what can happen between two covers and to keeping its titles in print, FC2 is a bastion for wild innovative writing. SLUG sat down with Michael Mejia, FC2 author, board member and University of Utah professor, to talk about the press’s longevity and its vital connection to Salt Lake City, a cultural oasis that four FC2 authors call home.

Fiction Collective’s founders were irked by New York City publishing in the early ’70s, which dominated with easy-to-digest books catered to mainstream audiences and paid no interest to difficult work from innovative authors. “[Fiction Collective] was born out of frustration with the publishing industry,” Mejia says. “You’re coming out of this turbulent and interesting time—both in culture and in art—and you have a group of authors who are producing unusual, unconventional work. [Mainstream publishers] didn’t have any kind of mechanism for handling that. [They] didn’t see it as marketable and, therefore, it was uninteresting.” From writing and editing to publishing and marketing, Fiction Collective authors controlled their work from conception to release, and garnered critical acclaim in doing so. “It was a very revolutionary thing to do at the time,” Mejia says.

Forty years on, nothing and everything has changed. The same mainstream publishing culture has lasted to the present, though small, indie presses have a much easier time operating today than they did in 1974. “It’s a pretty high time for small presses,” Mejia says. “What distinguishes FC2 still is its longevity—forty years. It remains, as an independent press but also an aesthetically adventurous and unconventional press, a real standard in the small press industry.”

Over the decades, Fiction Collective has produced a wide body of work that ranges from founder Ronald Sukenick’s aesthetic send-up 98.6 to Lidia Yuknavitch’s radical post-feminism in Liberty’s Excess. From Samuel Delany’s radically pornographic Hogg to Steve Tomasula’s sensory-overload-as-novel, TOC: A New Media Novel. Each publication is a singular shedding of the baggage known as “novel” which serves to disrupt mainstream messages and cultural norms. Such disruption, says Mejia, is the thread that makes such experimental works vital and relevant—they intervene by asking readers to think differently about what a novel is, what character or language is. “By making us aware of those things, that these are not transparent entities, that they really are more unstable than we have imagined,” Mejia says, “that gets us to ask a lot more questions about how we live our lives, how we think about other people, how we think about ourselves. That’s where the underground mentality or aesthetic coincides with the literary world.”

The press’s longevity is nurtured by the dedication of its authors. While financial and institutional support for the press have bounced about, it’s the collective’s authors who maintain its focus and bring like-minded writers into the fold. “Once you’re part of the press, you’re never not part of the press,” Mejia says. “There is a lot of incentive on our part as authors and members of the press to encourage participation, to open up the press and bring in new voices.” FC2’s annual prizes—the Ronald Sukenick American Book Review Innovative Fiction Prize (for young writers) and the Catherine Doctorow Innovative Fiction Prize (for established authors)—are avenues through which new writers might join the collective’s ranks. Manuscripts may also be sponsored by FC2 authors. Mejia says that it’s their commitment to “giving a voice to aesthetically challenging, innovative, formally adventurous and therefore culturally relevant work that has kept the press afloat.”

FC2’s Utah appendage grew out of Lance Olsen, Chair of FC2’s Board of Directors since 2002, who brought the press’s directional duties with him to the University of Utah seven years ago. While distribution and design for FC2 operates elsewhere, “the direction of the press happens wherever Lance is,” Mejia says, adding, “[FC2] lives where its authors live.” Olsen, Mejia and Melanie Rae Thon, who teach English and Creative Writing at the University of Utah, and Lynn Kilpatrick, who teaches at SLCC, are four of the hundred or so authors who now make up the collective. They routinely bring FC2 authors to town to read their work as part of the University of Utah’s Guest Writers Series, making Salt Lake into an important node for the press.