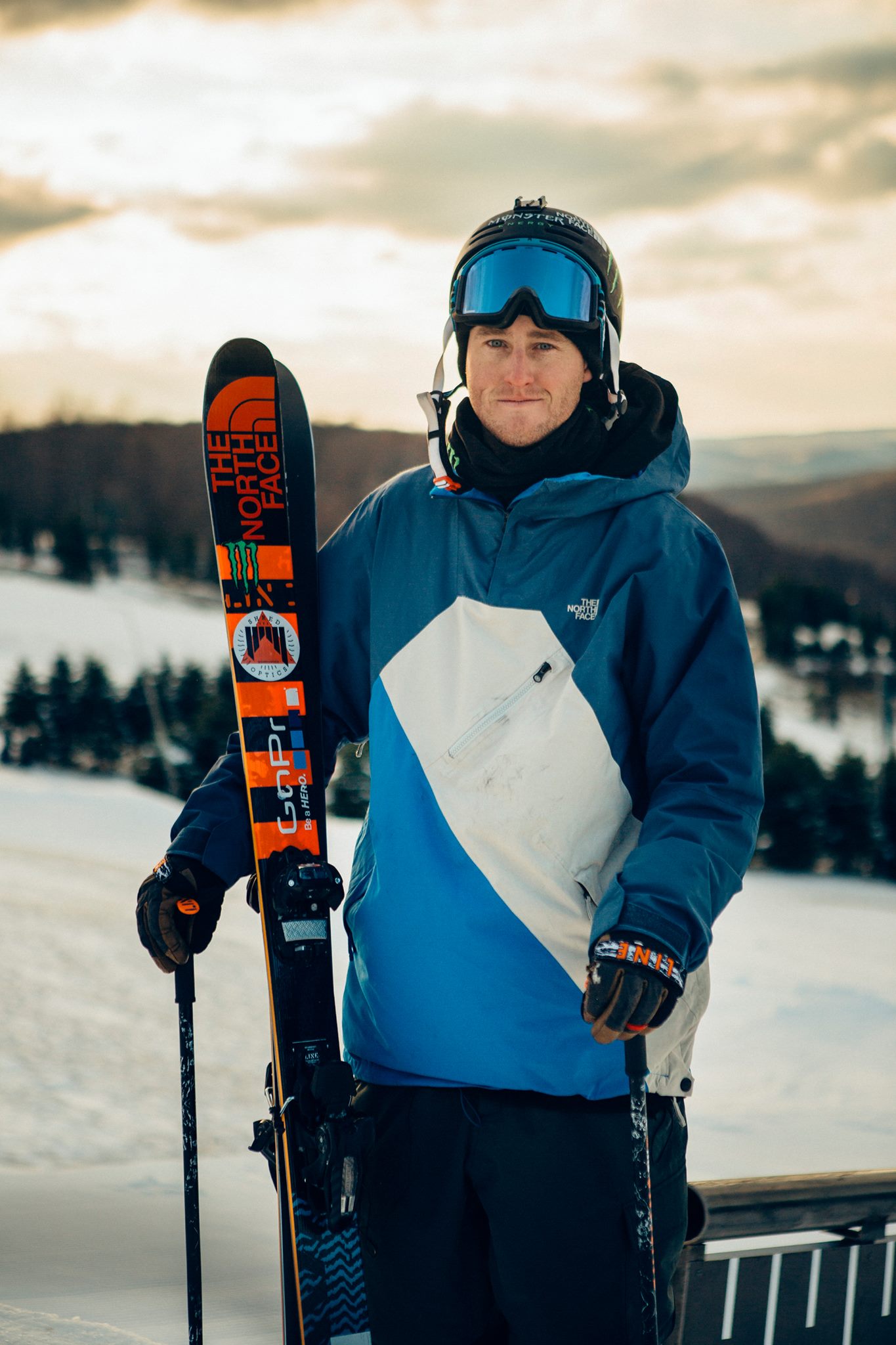 X Games slopestyle gold medalist Tom Wallisch is heading to the inaugural First Chair Festival this coming Saturday, Sept. 17, at The Complex, and it’s fair to say that excited is an understatement. The festival will feature brews from Sierra Nevada, film premieres and live music from Too$hort and BoomBox. Wallisch, who will be featured in the premiere of Good Company’s first feature film, Vice Versa, chatted about the upcoming celebration of the shred, what inspires him and whose style everyone will be stoked on this season. SLUG: You’ll be featured in Vice Versa, which I understand is Good Company’s first feature film, and it’ll premiere tomorrow at First Chair Fest. What can we expect from the film?
Tom Wallisch: Good Company is kind of my baby with my two good friends Kyle Decker and A.J. Dakoulas. We’ve been more known for park and rail riding, but this film is more well-rounded, if not heavier into the backcountry and pow riding. We’ve got a lot of segments dedicated to pow riding and backcountry jumps. A couple guys in our film are laying down tricks that I’ve never even seen done in the backcountry before.

SLUG: What footage will push the boundaries of the sport?
Wallisch: Karl Fosvedt’s part in our movie is really great. … Having a good variety is really important to see who can really do it all. I think that our movie is one of the most well-rounded projects that we’ve done. It’s cool that it’s possible to just do one or the other and make a segment out of it, just doing park or powder, but the guys that always inspired me as kid were the ones with the really full parts showcasing their skills across the mountain, and that’s definitely something I’m working on.

SLUG: What thrills you most about the films that will premiere at First Chair Fest?
Wallisch: I’m just excited to have a film festival in SLC, more than the specific films being played … To get everyone together, to get the huge skier base that is Salt Lake City, to celebrate last season and get pumped for this season, to recognize what ski movies are and … just the whole festival itself.

SLUG: What movies are you stoked to check out, other than your own?
Wallisch: Tanner [Hall]’s new movie, Ring the Alarm, is something that I’m really excited to see. He is on this whole other level. I can’t even comprehend some of the lines he’s skiing now. And Henrik [Harlaut]’s new movie, Be Inspired—they’ve been working on it for two years, and I’m really excited to see what they’ve put together.

SLUG: What’s next for you?
Wallisch: Well, next season, I plan to do a whole lot of urban and then spend all of the mid-winter and spring filming backcountry and park to really showcase all of my skills … And there’s really so much left to be done out in the backcountry, continuing to do that new, weird, interesting stuff that’s out there—and snowmobiling is awesome, too.

SLUG: Park skiing is on this insane level that I personally couldn’t have envisioned 10 years ago. What advice would you give the groms who are trying to go pro?
Wallisch: My best advice would be to not skip tricks. I see a lot of kids who are too antsy to get to the one crazy flip trick. The kids I see who are coming up who are the best and show a lot of future are taking it slow and really learning everything as they go, learning each trick, each spin, each direction, each grab. Know your limits and be smart.

SLUG: Why do you think events like First Chair Fest are important for Utah and the local ski community?
Wallisch: It’s nice to have something like this to keep the excitement going for the winter. People are just starting to go buy their passes, and it would be great for kids from the U and Park City to be able to come out and be together and keep getting new people into the sport.”

SLUG: One last question. Who is your personal hero?
Wallisch: Oh, man … in terms of skiing or life? I guess I’ll just go with skiing and throw a shoutout to the late Shane McConkey … when you watch his footage, you can tell how much fun he’s having.

SLUG: So if you’re having the most fun, are you best skier?
Wallisch: I think so!

It snowed at higher elevations just the other evening, there’s a chill in the air, and winter is coming. Everyone is going to be getting pumped all day long on Saturday at the First Chair Festival, with five known heavy-hitting films, plenty of beers, and live music from Too$hort and BoomBox.