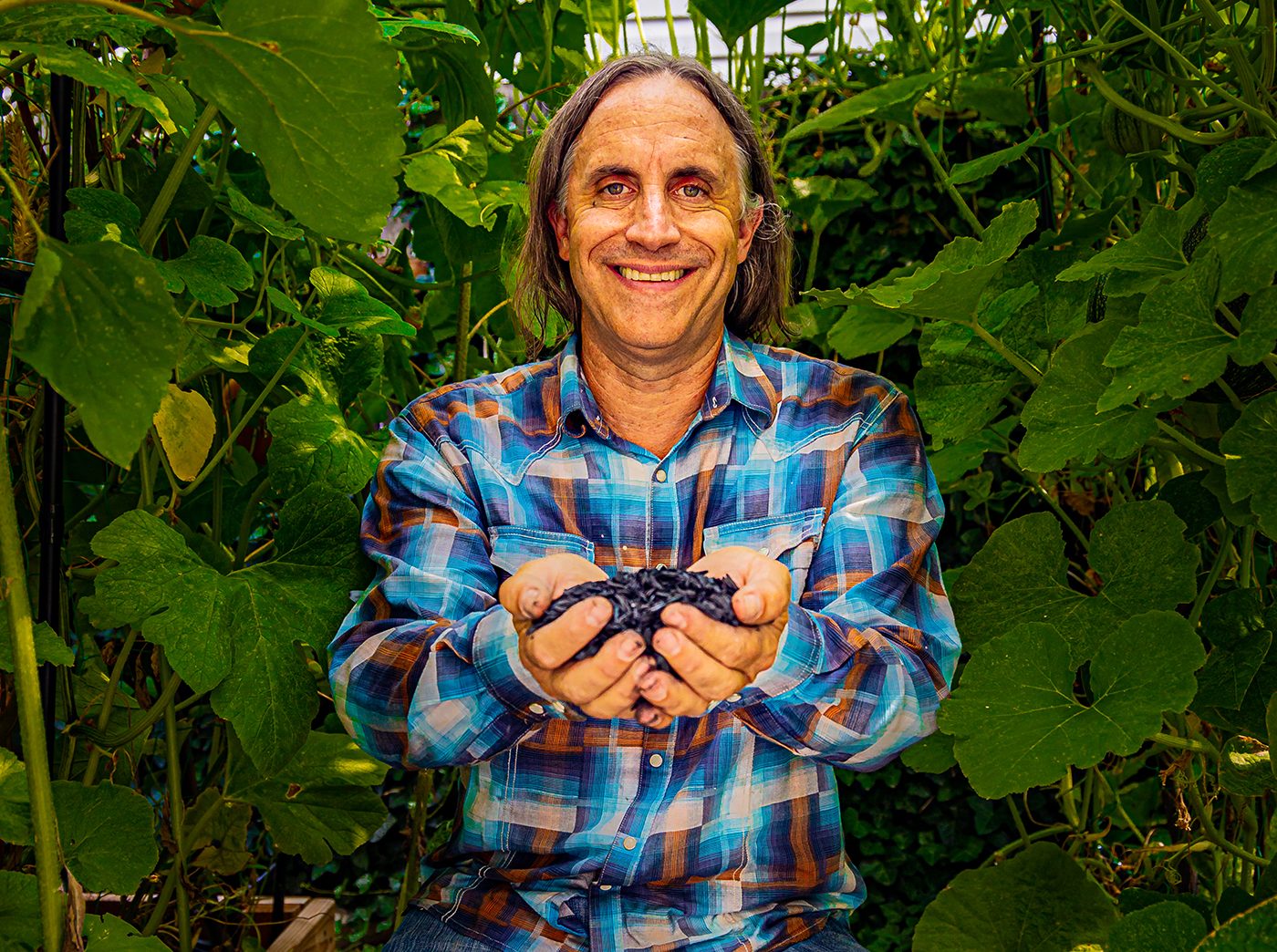 Aa a natural observer of soil science, John Webster was bound to find biochar in 2018 when he was looking for a side project. Amid a serious bout of climate anxiety, Webster needed a direction that utilized his passion for environmental justice and tangibly worked to improve it. When Webster found biochar, his grief was mobilized to bring this impactful soil addendum—one of six integral climate solutions—from his backyard to the public.

Webster realized that much of Western society prioritizes convenience over the integrity of species, ecosystems and the land. In order to incorporate biochar into the mainstream, “We have to begin telling the story of using the resources we already have above ground,” Webster says. The storytelling process came to fruition after Webster became certified with the International Biochar Initiative, established GoBiochar and began consulting farmers, collectives and backyard growers to get the word out.

In its most digestible definition, biochar is a refined charcoal product. Wood waste (the remnants of trees that, if left untouched, can become hazardous fire fuel) is baked at a high temperature in the absence of oxygen to create this compound. When added to soil, biochar’s impactful tendrils reach far beyond what the eye can see. Microbial and fungal life thrive in soil mixed with biochar and compost. “The soil’s ability to hold water and level nutrients increases, which, when added to lawns, allows the lawns to stay greener with less water,” Webster says. When added to the soil, biochar also encourages photosynthesis to take place so that trees and plants grow faster, thereby more quickly absorbing carbon from the atmosphere.

“We have to begin telling the story of using the resources we already have above ground.”

The process of forest degradation releases harmful gases like nitrous oxide, methane and carbon dioxide into the atmosphere. Rising rates of drought weaken pine trees and make them more susceptible to beetle infestations, causing the trees to die in large numbers. Against the natural, 30+-year decomposition process, using the trees to make biochar can eliminate 99% of nitrous oxide, approximately 80% of methane and about 60% of CO2 emissions. “We are taking a waste stream and converting it to value—a long-term value for the betterment of the environment,” Webster says.

For environmental stewards at home, biochar can be added into the soil of personal gardens and can also capture excess carbon as those plants mature. For at-home gardeners, Webster suggests combining organic compost, humate, azomite, organic fertilizer and a mycorrhizal fungi start. When left to charge and combine for a few days, this mixture will allow all of the elements to work together and create the optimal biology for improving soil health. Webster has seen firsthand how adding biochar expedited the rates of garden productivity, improves soil health and retains water so that less water is needed.

“We are taking a waste stream and converting it to value—a long-term value for the betterment of the environment.”

Webster views biochar as a tool through which people can actually get their hands on change. “Biochar is about environmental justice through regenerative processes, which is undeniably intertwined with social justice. When you are being a pollution contributor, it’s often those in at-risk communities that are affected the most,” Webster says. In the future, Webster plans on starting a nonprofit centered around education for the generations who will have to deal with the serious repercussions of climate change enacted by generations that existed long before they did. “Instead of shouting in the wind about climate frustrations, they can get their hands on things and know that they are making a real impact,” Webster says.

GoBiochar offers free samples to anyone who wants to feel how inherent our draw to the earth and its soil is. “It checks every box and does it for the right reasons. Let’s get the word out,” Websters says. Full directions, tips and more information can be found on GoBiochar’s website (gobiochar.com).