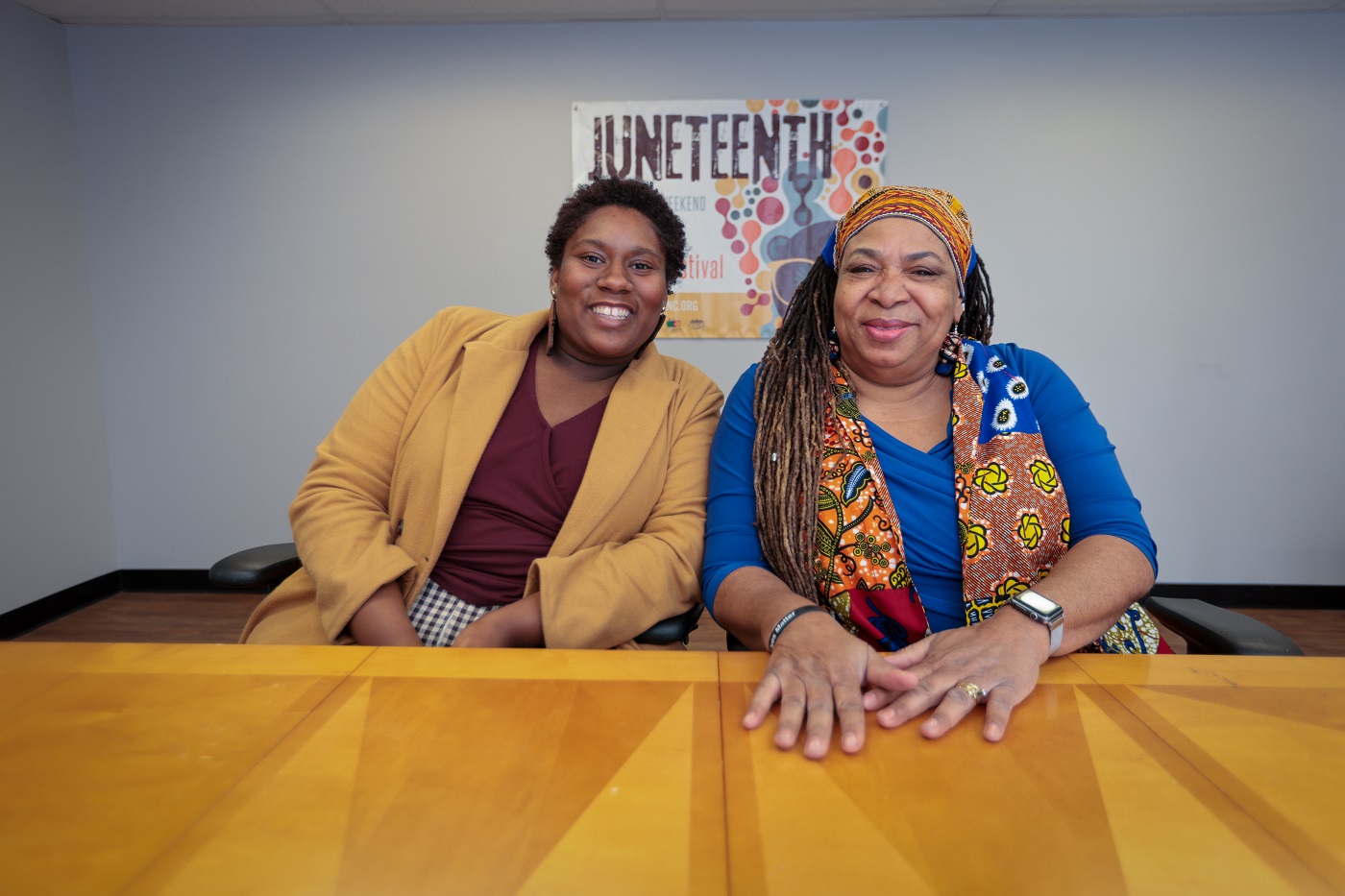 It isn’t easy for a grassroots organization to do it all, but Project Success Coalition sure does try. “We offer a little bit of this, a little bit of that,” says Betty Sawyer, the Director of Project Success, about the list of programs the Ogden-based organization offers. That’s an understatement. Since 1989, Project Success has committed to improving culture, education and health among the local Black and Brown community through tobacco prevention programs, health access and awareness initiatives, annual Thanksgiving and Christmas dinners for homeless and low-income communities, career development, the Juneteenth Heritage Festival and even COVID-19-related education and financial support, to name a few. “We were just funded by the Office of Health Disparities to participate in The Embrace Project, supporting women of color during their childbearing years to improve wellbeing and health outcomes,” Sawyer texted me the day after our interview, just when I thought Project Success’s portfolio of outreach couldn’t get any longer.

According to Sawyer, the Project Success Coalition was founded in response to a series of drug busts and arrests in Ogden’s inner city in 1988. “I sat down with one of our local pastors, the late Reverend Leander Coates, and said, ‘It’s one thing to talk about it, but what are we gonna do about it?’,” says Sawyer. The two of them decided to hold a town hall meeting. Close to 200 residents showed up, including representatives from the Ogden NAACP, Hill Air Force Base, local congregations, sororities and other civic groups. “The young people in our town needed help. We wanted to establish an organization for them,” Sawyer says. And so Project Success Coalition was formed, the name an expansion on the letters “PS,” as in postscript. “It means this isn’t the end of our story,” Sawyer says. “We know that we are persistent folk. We know we are resilient. We’re working together to make the changes that we want to see.”

“The young people in our town needed help.”

There were no other after-school programs in Ogden at the time Project Success was founded, Sawyer says, so they began offering substance abuse prevention activities, recreation and sports. When Sawyer realized the city’s youth were struggling in school, they added an academic program as well as cultural arts. “In a small place like Utah, you’re not getting connected to your culture—the richness and greatness of it—in school,” Sawyer says. The largest of these cultural programs is the annual Juneteenth Heritage Festival, a commemoration of the day all enslaved people in the United States were formally emancipated. “It’s a huge party, a family reunion,” Sawyer says of the festival. “It offers a time and place for people of different backgrounds to come together.”

The Juneteenth planning committee meets via Zoom every first and third Saturday and is open to everyone. No idea is thrown out, Sawyer says. While it differs from year to year, festivities include everything from a reptile show to card games, a gospel mass choir, the Mr. and Miss Juneteenth Scholarship Pageant and even the Willie Moore and Billy Mason Golden Clipper Barber Battle, in which local barbers compete on the Ogden Amphitheater stage. “This year, we’re going to add braiding to it because we’d like to expand and be more inclusive to all the different expressions of Black hair,” Sawyer says. Inclusivity is a main theme of the festival, uniting a community in strength and joy. “I think that sense of community is so important,” Sawyer says. “Again, we’re in Utah. You get to come be a majority for a change, instead of the minority. And you don’t have to think about anything except enjoying yourself while you’re there.” While the event is largely for fun and celebration, Project Success also views the gathering as a massive opportunity for genealogy and race education. The festival has had lasting, unifying consequences, such as kickstarting the formation of the Utah Black Roundtable and influencing the passage of Juneteenth as an official Utah state holiday in 2018.

“In a small place like Utah, you’re not getting connected to your culture—the richness and greatness of it—in school.”

Over the last 33 years, the accomplishments of Project Success have only expanded. “To me, that’s success in and of itself,” Sawyer says. “To be a small grassroots organization that’s been able to maintain its commitment and connection to the community is extremely important. When people lose hope, they give up. They stop dreaming of a better place and better opportunities.” When I ask Sawyer what other changes she dreams of seeing in the community, she lets out a sigh. “That’s a big list,” she says. “The changes that need to take place across the state of Utah are immersed in our willingness to recognize institutional inequality. We can’t try to pretend that what’s happening in this country wasn’t by design … I believe we have to get off this denial trip of, ‘I’m not a racist.’ It doesn’t matter what you are. The policy is what matters, and are you willing to change it or not? That’s the conversation. What are you willing to do? How much time are you willing to put on the table? How much money are you willing to put on the table? How much are you willing to fight back against what you know is wrong? Come to the table with what you’re willing to do and let’s take it from there.”

If you’d like to “come to the table,” Project Success Coalition is always seeking support through financial investment, volunteer work and skill sharing. These and other opportunities to support the organization can be found at projectsuccessinc.org.