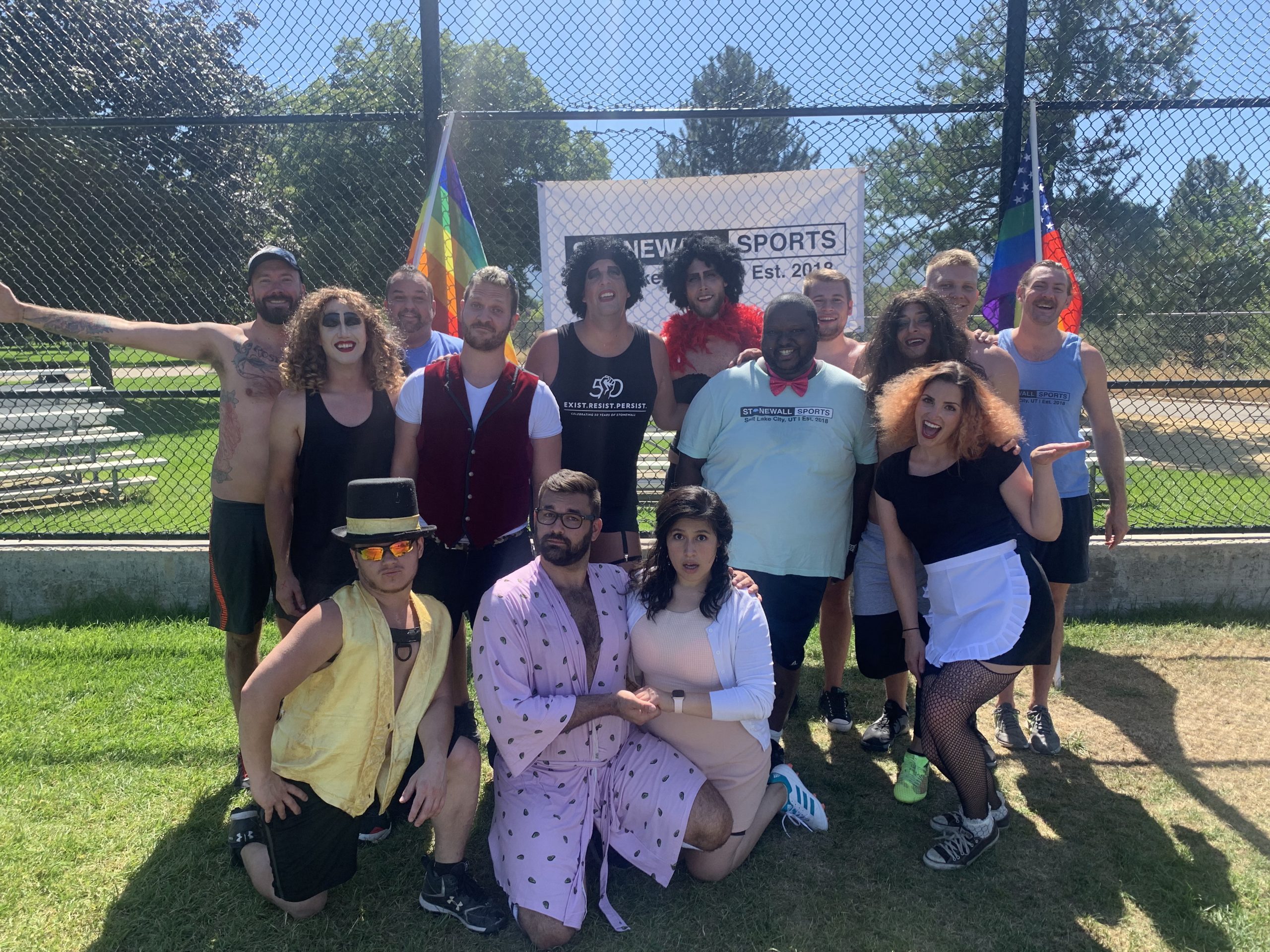 For Jacob Buck, playing sports means more than just staying active. He says many LGTBQ+ youth are excluded from sports and consequently lose out on an opportunity to exercise and develop leadership, teamwork and communication skills. So when he joined the Chicago chapter of Stonewall Sports as an adult, Buck says the nonprofit LGBTQ+ sports league became a safe space where he could be active, have fun and meet new people.

“As a queer person, growing up, you are kind of told you aren’t allowed to play sports,” he says. “I have heard people say, ‘I don’t want to play kickball because I don’t know the rules or I’m not good.’ And it’s like, ‘Well, it’s okay because we have all been there. We have all felt that way. You may have been picked last. Well, I have [also] been picked last. You know, let’s play together and just enjoy each other’s company.’”

After Buck moved to Salt Lake City almost three years ago, he began to look for something like Stonewall Sports. But when he couldn’t find anything, he gathered Bryce Jackson and Matt Boudrero to form the Salt Lake chapter in 2018. Programming officially started with kickball in April 2019, and the chapter has since grown to around 850 participants in total. Buck says the Salt Lake chapter works with more than 20 other locations nationwide to provide a low-cost and inclusive sports league in each city, alongside fostering a wider LGBTQ+ and ally community through national tournaments.

“You know, let’s play together and just enjoy each other’s company.”

However, playing sports is only one element of the organization—Buck says it’s also about developing community connections, creating visibility and giving back. “It was started nationally to just allow a space for the queer community [and] the LGBTQIA+ community to have a place where they could be active and inclusive [and] have fun,” he says. “Another thing about [both] nationally and our chapter is that we try to be philanthropic, so being able to … support our community and the larger queer community [through donations] and having fundraising events.” As the pandemic hopefully begins to slow, he says Stonewall Sports will begin its philanthropic work again and is already discussing the possibility of youth-and wellness-focused programs.

Additionally, Buck says being a part of a larger national organization like Stonewall Sports is also about having the existing structure to ensure sustainability. However, he noted that volunteers are the organization’s driving force—from his position as commissioner to board members and everything in between—and more people need to join in this capacity in order for the Salt Lake chapter to grow.

“My biggest hope is that it stays … that it doesn’t fizzle and die,” says Buck, who comes from a community development background. “I think … the structuring and … it being a national organization will help, but people really just need to step up and volunteer and be part of their community, because the only way it is going to continue is if they get involved and they want to see good things come from it,” he says.

“Another thing about [both] nationally and our chapter is that we try to be philanthropic, so being able to … support our community and the larger queer community [through donations] and having fundraising events.”

The “good things” Buck talks about refer to not only creating a safe place to make friends and be active but also positively impacting people’s lives. He says, “I have had people come up to me after the season was over and see me at a bar and thank me like, ‘Stonewall really changed my life. I was in a really low place, and I just needed to be around friends and to meet people.’ We got them out of a really dark place in their life, and I have just heard that several times from several people, so I know that we are reaching people [and] that we really need just some type of community.”

If you’re interested in joining Stonewall Sports, you must first register and pay a small fee that goes toward events and uniforms. Stonewall Sports tentatively plans to offer kickball for summer 2021, indoor sand volleyball and bowling for fall 2021 and darts/billiards, dodgeball and basketball for winter 2021. Buck ensured that every event will follow the health department’s COVID-19 guidelines by requiring social distancing, face masks or snoods, as well as regular use of hand sanitizer and disinfected equipment. Please visit stonewallsportsslc.org for more information about how to sign up for a league or volunteer opportunities.