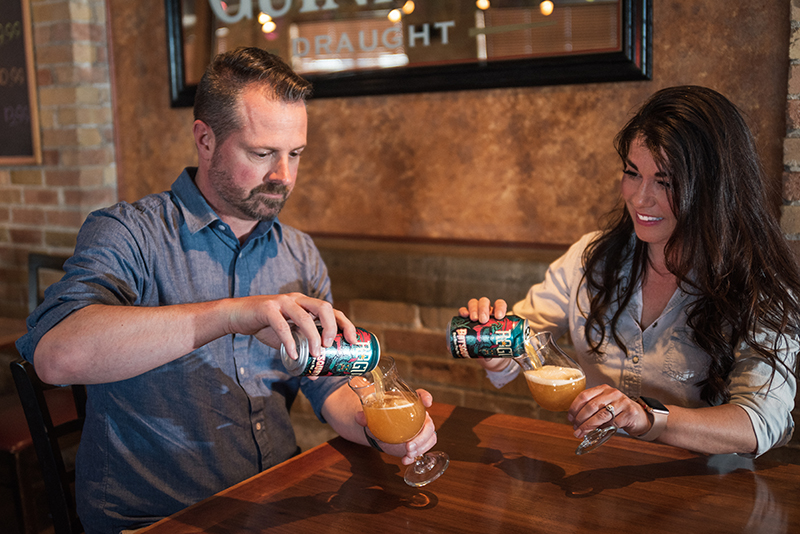 It’s easy to get caught up in the excitement of the craft beer world and forget that it is a business—in some cases, a big business. While smaller breweries look as if they can pivot at a moment’s notice when a new trend develops, some of the older and further established breweries might take a leap less frequently. Often, it takes time for the big boys to come around to what is happening in the beer world. We are positive that they are aware of it, but they appear to be more careful with perfecting the research and development before releasing a product.

Rogue Ales, based out of Oregon, is well-known for coming up with creative new beer concoctions since 1989. With the debut of their first Hazy IPA, Batsquatch, the circle may have been completed for the biggest trend in beer. Following suit with other industry leaders such as Sierra Nevada Brewing, New Belgium Brewery, Deschutes Brewery and even our own local powerhouse Uinta Brewing, this Northwest brewery released a well-rounded, pleasing yet trendy Hazy India Pale Ale.

Batsquatch Hazy India Pale Ale pays tribute to Mount St. Helens’ legendary folk tale of a 9-foot undiscovered species resembling Sasquatch. Some witnesses describe the being as an ape, with a head possibly morphed between a human and a bat, but with enormous bat-like wings and blue or grey fur. The mystery surrounding the accounts of believers is substantial, but as Rogue mentions, details remain hazy.

The image of a winged, sharp-toothed and clawed cryptid creeping out of the woods wraps the 12-oz. aluminum container. The dark nature of the design seamlessly hides the bright contents of the beverage. Unleashing the liquid into a tulip allows the apricot-ombré hue to shine with a murkiness fitting for the style. White microbubbles swarm the top, only to leave minimal lacing around the glass. This beer is juiced up with Mosaic, El Dorado and Belma (a somewhat newer variety) hops. The versatile Mosaic hop carries an endless wheel of flavors and smells. Like many urban myths, they can be construed differently. This homage to the beast has light aromatics of sweet bread and hints of berries. Flavors of pineapple and tangerine with a lingering taste of strawberry-powdered candy resonate on the palate. As the liquid swirls in the mouth, it coats the tongue like butter. Low on the bitterness scale, this beer has intense drinkability. Batsquatch is all hops with no bite.

In addition to Batsquatch, Rogue Ales recently released a West Coast IPA named Outta Line, and a tasty Coffee Blonde Ale called Cold Brew 2.0. It’s nice to see this from a brewery that hasn’t considerably broken through in our region. Five years ago, it wasn’t uncommon to swing into the liquor store and grab a six pack of Dead Guy Ale, Hazelnut Brown Nectar and the latest pumpkin beer from the brewery. Fast-forward to today: We still have the same beers available. The selection hasn’t deviated much, so introducing new beers is the step in the right direction we needed from Rogue. The classics should always be revisited, but with so many choices out there, the shuffle might be overtaking.

Rogue states that Batsquatch Hazy India Pale Ale is “Perfect for camping, and potentially making a new friend.” Now, if there is a gigantic, flying Sasquatch-thingy in the woods, we may opt out of sleeping in those mountains. However, Batsquatch did reawaken a friendship that we look forward to continuing.