As this is the holy Beer Issue, I, the Beer Gnerd and your pastor in beer, have provided for you this list of nearby beer festivals to help you break the heat, while giving you the opportunity to laugh at your friend, Jeff, as he pukes in his shoes. 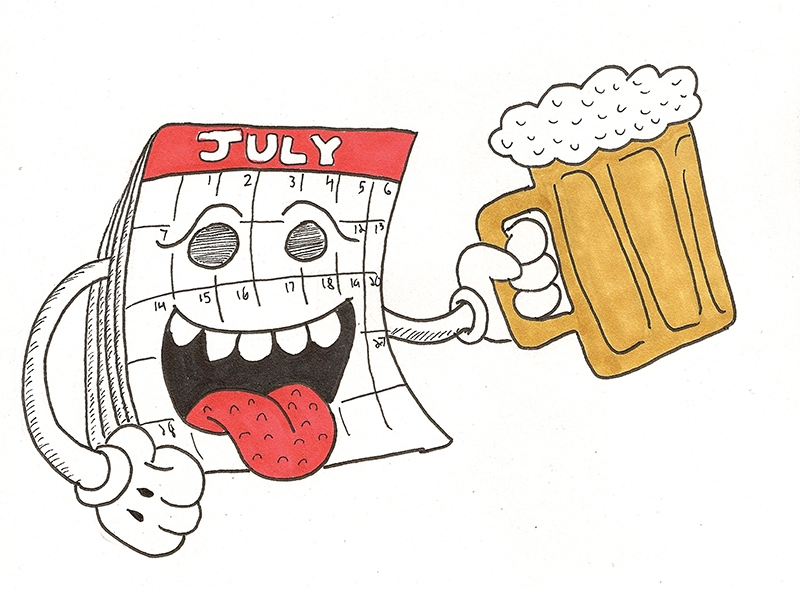 Brothers and sisters, we have the makings of a very hot summer in front of us. As this is the holy Beer Issue, I, the Beer Gnerd and your pastor in beer, have provided for you this list of nearby beer festivals to help you break the heat, while giving you the opportunity to laugh at your friend, Jeff, as he pukes in his shoes.

Evanston Brew Fest
July 20, 2013
evanstonbrewfest4.eventbrite.com
One of our favorite “local” beer festivals happens just over the border in Evanston, Wyo.
This small town, known mostly to Utahns for their fireworks and bootlegging access, closes down its main street and opens up the taps to a host of regional breweries. This year, there will be approximately 22 breweries represented (14 on-site) and 60-plus different brews available for tasting. Activities include live music, great food, adult Big Wheel races and much more.
Overview: One fee gets you all the mini mug fills you’ll need. The proximity to the Wasatch Front makes this the perfect Pie & Beer Day getaway. Take a day trip, or stay at one of the many affordable hotels to sleep it off. This brew fest always has us coming back.
Utah Beer Festival
Aug. 17, 2013
utahbeerfestival.com
Our good friends at City Weekly have taken on the monumental task of putting on Salt Lake City’s best beer festival. It’s had some rocky beginnings, but now the Utah Beer Festival has turned into a massive success, and it’s all in the heart of downtown SLC. Not only are they pouring some of Utah’s premier local suds, but they have also achieved the ability to get a few out-of-state breweries into this festival, including Deschutes, Sierra Nevada and Full Sail.
Overview: The entry fee gets you drink tokens and your own taster mug. If you wish to part with a few more shekels, there are also special food and beer pairings available.
Snowbird Oktoberfest
Aug. 17–Oct. 13, 2013
Every Saturday – Sunday
snowbird.com/events/oktoberfest
In 1973, two German immigrants, inspired by the towering mountains that reminded them of the old country, went to Snowbird, gathered their friends and ate, drank and played as they did in their homeland, to honor the centuries-old custom of Oktoberfest. The festival has grown to become one of the largest festivals in Utah. Oktoberfest includes “Oktoberfest Halle,” featuring some of the tastiest shizzle and schnitzel that Bavaria has to offer, with entertainment from local and national German bands and yodelers.
Overview: In the beginning, the beer offerings were meager, but now beer tents pepper the landscape and 60,000 people are expected to attend this year. It’s truly the most breathtakingly beautiful beer fest you’ll ever attend.
Great American Beer Festival
Oct. 10–12, 2013
greatamericanbeerfestival.com
Next to Oktoberfest in Munich, this may be the biggest damn beer fest of them all.  Located in Denver, Colo., this massive spectacle dedicated to American craft beer hosts an average of 2,800 different beers from some 600 of the nation’s finest breweries. According to the Guinness Book of World Records, there is no other place on Earth where a beer geek can find more beers on tap in one place. If you’re reading this and are truly a fan of craft beer and all it represents, you must make the journey to our neighboring state’s largest city.
Overview: Beware, tickets to this event sell out almost immediately. There are four different sessions spread out over three days. Don’t fear if you don’t manage to snag a ticket—the entire city transforms itself into its own beer fest. Now go have fun!
Photos: