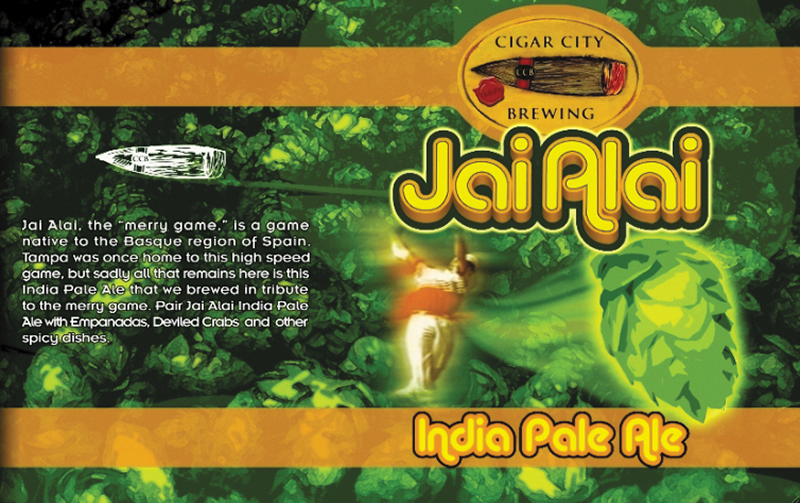 Beer of the Month: Jai Alai

Break out the sunscreen! It’s time to prepare for arguably one of the two best seasons for beer drinking. If you are like most craft beer drinkers, you crave a cold one in the coldest of times and a cold one in the hottest of times. We are lucky to have four clearly defined seasons here in Utah, with highlights of hot summer months and Old Man Winter bringing “the Greatest Snow on Earth.”

Traveling outward and onward, we’ve sought out some of the hottest places the good old U.S. has to offer. We have braved the burn everywhere from Arizona, Southern California, Las Vegas and even right here in our own desert backyard of Moab. But by far the hottest place we have ever tortured ourselves with has to be Florida in the month of July. We are talking the kind of heat that adheres itself to your skin the exact moment you walk out the door—the intolerable, wet flame that forces you to buy the souvenir spray-bottle fan, ensuring that everyone believes the dripping moisture from your face is, in fact, from the device. It’s in this type of environment where greatness is born. Hot newbie in Utah and Colorado distribution, Cigar City Brewing straight outta Florida, is proof of this greatness. While visiting one of the Sunshine State’s most prized breweries, it was obvious that Cigar City understands the importance of a heat-dousing cold beverage. The first time we tried Jai Alai IPA was in the middle of a Utah winter, and we have to admit that it might not have lived up the initial hype. The first time we tried the same beer bounded by a blanket of humidity was unlike anything either of us have been exposed to. We took a completely different look on this highly sought-after beer.

Description: It’s exciting that Jai Alai IPA is now available in Utah and Colorado. We enjoyed this surprisingly fresh can right from our own DABC, which is something the majority of the U.S. simply cannot do. Assuming the chilled IPA would best fit into a Spiegelau IPA glass, we recommend a wide-mouth tulip to rally the release of the aromatic gifts. No matter what you do, get it out of the can. True to where it comes from, it pours an orange-caramel color with a hazy sunshine glow. The delicately thin head is a sticky, white mess clinging to the glass, reminding us of Satan’s wet blanket in the southern tip of the country. The first smell is nearly all fruity hops with a suggestion of pine dankness as we pulled our noses away from the glass. Though the carbonation is sharp, the medley of aromas become more prevalent with the glorious touch to the tongue. We get loads of tropical citrus fruit on the first sip with a nice bite of bitterness in the finish. These attributes seem lost in many of today’s trendy IPAs. The creamy mouth feel of Jai Alai aids this brew’s ease of drinking during the hottest days, so Utah, it’s time to get refreshed.

Overview: We have now tried Jai Alai in three very different circumstances and settings, each of these with significantly different results. Cigar City has created a beer meant for the warmest of weather. It complements the region it was created in so superbly, we know why this CC flagship brew is so identifiable for the brewery. With four thumbs up, we are thrilled this famous Florida beer arrived just in time for our hot season, helping to make this another great Utah summer.