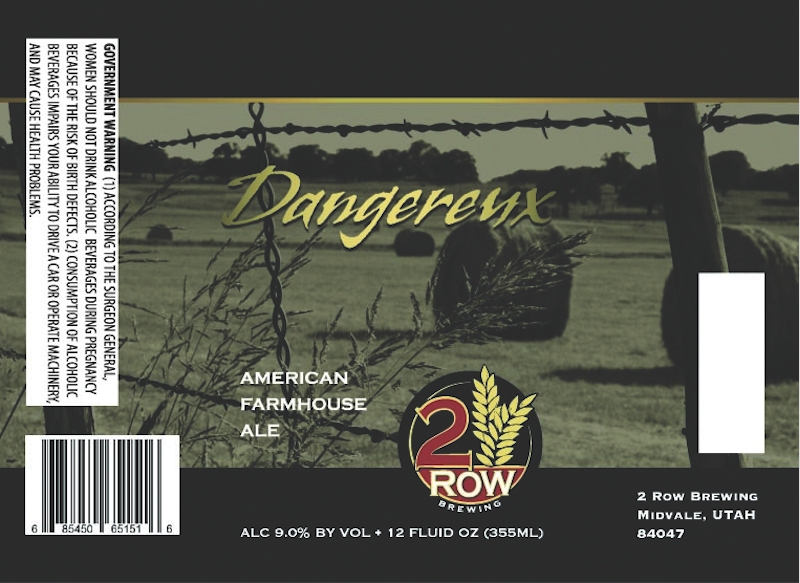 Typically, when we think about hoppy beers, the first thing that comes to mind is IPAs. These are really the first beers to implement that huge, resiny overabundance of hops. Though hoppy beers have always had a following, it wasn’t until American northwestern hops changed the game in the bittering department. The hops coming out of the Northwestern U.S. have a pleasant citrus and pine bitterness that provided not only much needed bitterness but also great, fruity flavors that weren’t possible from traditional American, British and European hops. September’s beers aren’t typical hoppy beers, but they employ some of the greatest hops on the planet to make wonderful beers truly brilliant.

Description: Dangereux American Farmhouse Ale pours hazy golden straw in color with a big, fluffy head that is full of staying power. The nose is full of aromas of citrus, pine and grass. Some mild hay and Belgian phenols come near the end. The taste starts with much juicier hop flavors than the nose, with notes of orange grapefruit and some pith flavors forward. Moderately sweet, grainy malt follows with some clove and coriander spiciness. The finish is moderately dry.

Overview: Saisons are typically much lighter in alcohol—this comes in nearly double its average ABV. However, the alcohol is well hidden, so use caution. I guess we know why they called it Dangereux.