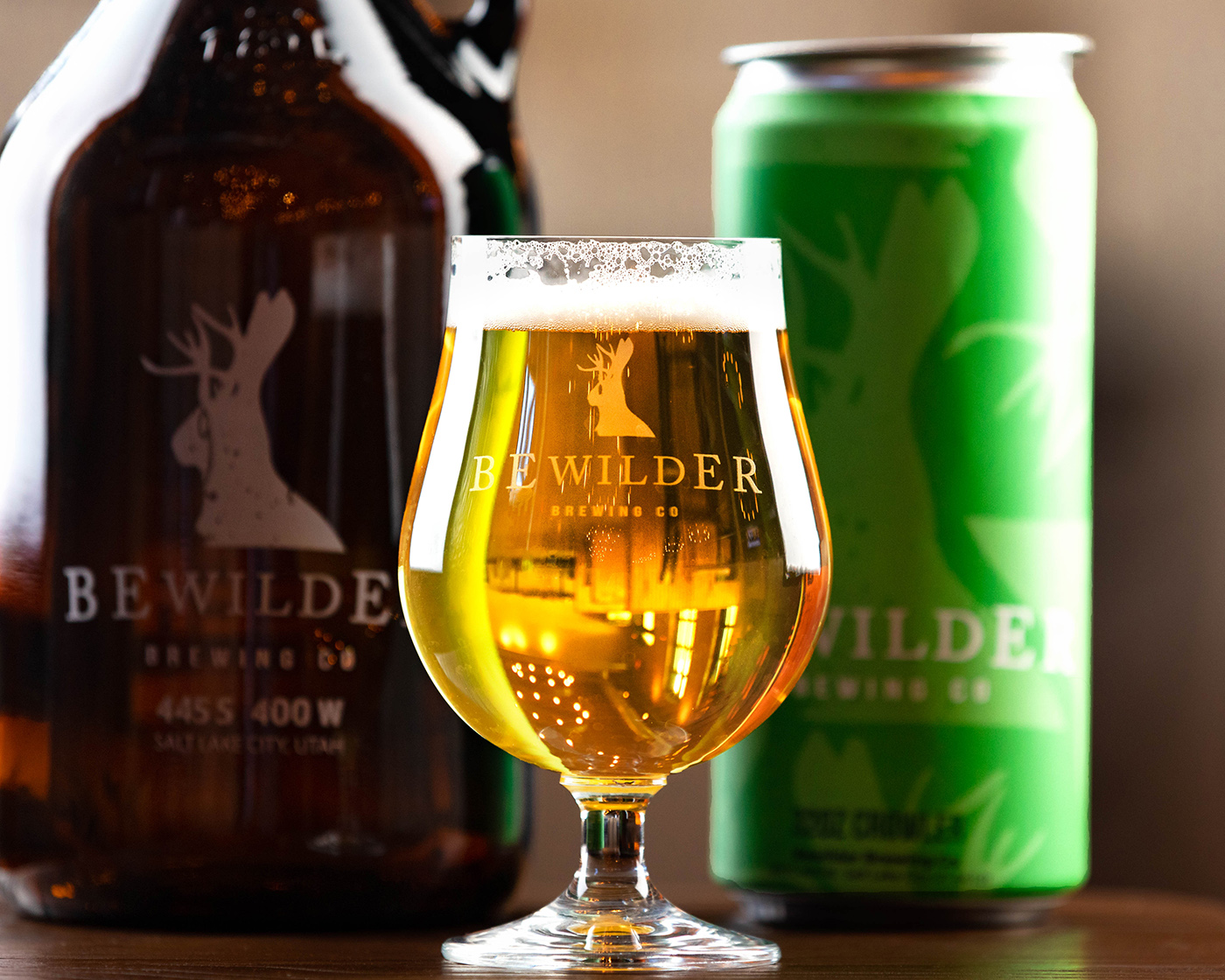 Welcome to Bewilder Brewing Co., a house that’s clearly divided, and we’re not talking politics. It’s a place where one side is heavily weighted pro-ale and the other is sticking to their guns with the classic lager team. Now don’t get us wrong because we’re clearly both right, most of the time, as both beer categories offer delicious variations within each of its collective silos. When we heard about Bewilder’s Oat Pale Lager, just the simple name perked our ears. What could this intriguing brew be? The lager makes us think we are in for a crisp and clean brew, with the best of what’s there, an absence of noise. The pale portion leads us to believe there may be a little play on the India Pale Lager, which is also a favorite in our household because it seems to satisfy both of our palates nicely. Now what about this oat component? It’s something that makes our minds swirl in beer-related madness but also helps us rationalize bringing together the different poles of the craft beer world.

Regardless of the intention behind this amalgamation of beer parts, we are truly looking forward to featuring a Bewilder brew for this month’s “Beer of the Month.” After having launched at the doorstep of 2020, it’s refreshing to see they have trucked along and are keeping their thirsty patrons happy. Follow us as we take a taste of Oat Pale Lager.

After stopping into Bewilder’s lovely taproom, we were greeted by a nice gentleman who helped us with a couple crowlers of their Oat Pale Lager. Returning home, we cracked open a 32-ounce beast and set upon learning what makes this beer tick. During the pour into a nonic pint glass, we are greeted with a light-yellow liquid that forms a dazzling white head of foam. The beer has pleasant aromas of florals and grain. The oat element has done things to this beer that make it a special concoction. Upon the first sip, this smooth-mouthfeel brew delivers a first pop of citrus while finishing nice and clean. This beverage is a beautiful, tightly-pulled-off beer from one of Utah’s newest breweries.

Bewilder Brewing Co. ended 2019 with all the excitement you could imagine. The boys at the local homebrew shop dared to dream big and made their brewery dream a reality. Lucky for us, the nightmare that would become 2020 was not overly traumatizing for the Bewilder crew as they continued to soldier on and build a steady following of dedicated customers and fans. Owners Cody McKendrick and Ross Metzger are dedicated to the continued education of the Utah craft beer community, and the brewery was the next logical step in the overall process. By showcasing numerous beer styles, as well as the ability to shake things up a bit by playing with adjunct ingredients, Bewilder and its crew are showing the locals just how fun the beer world can be when you open your mind.

On the day we picked up the Oat Pale Lager, we also grabbed a wonderful India pale ale along with an English-style bitter, thanks to the gentleman’s suggestion of other to-go offerings as we walked to the counter. Around the time of this article, we have heard there is a good chance we will see a doppelbock, which is exciting for the lager-lovers in this pair. We’ll swing by to get a taste, and are happy there are plenty of other options on the board.