The people of Park City love their beer—they deserve a brewery with some staying power. I think they’ve found it. 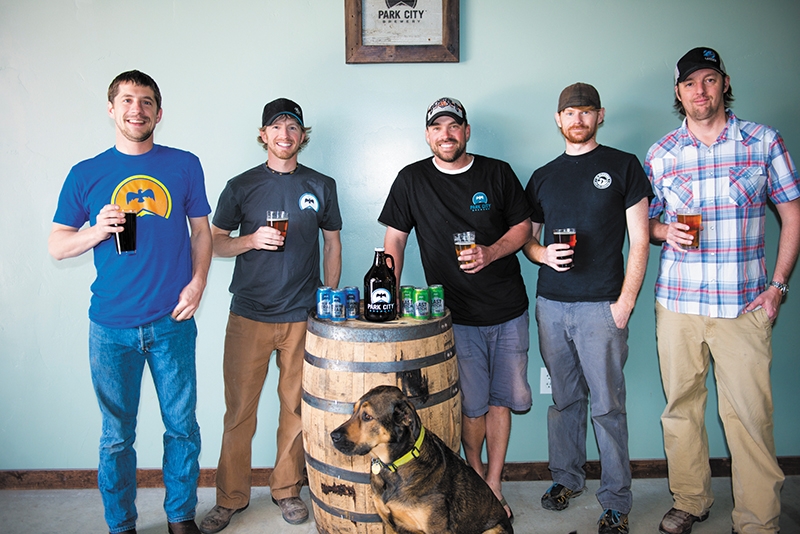 Park City holds a special place in the hearts of Utah’s beer lovers. It was there that Utah’s craft beer revolution began back in the late ’80s when the Schirf Brewing Company opened the Wasatch Brewpub, becoming the first place to brew beer commercially in Utah since Salt Lake City’s Fisher Brewery had closed up shop in 1967. It’s been a tough go for many breweries that have sought to set up shop in the old silver mining town, though. The rent in Park City isn’t for the timid, so when I heard that there was a new brewery in the works, I was ecstatic but also a little worried for the new owners. The people of Park City love their beer—they deserve a brewery with some staying power. I think they’ve found it.

The story of the Park City Brewery begins in Kentucky with the Ray brothers, a couple of guys who love skiing and discovered Park City, Utah. Like many Utah transplants, Scott and Brian Ray fell in love with the area, and decided to hang their hats here. “I moved out here in 2004 for the mountains and the mellow summers,” says Scott, the driving force behind the brewery. “I love beer, and I thought it was odd that this great town didn’t have more to offer in the way of locally made beer. Sure, there’s Wasatch, but the other places [Red Rock and Squatters] were just shipping up their beer from Salt Lake. We wanted something the locals could get behind that was made in their backyard.” Once the brothers decided to commit to building this new brewery, they had to settle on a name, and the name they initially wanted, Park City Brewing Co., already sounded a little familiar (Moab Brewery owns it). Scott says, “We tweaked the name to Park City Brewery and got it all worked out with those guys and have owned the name since 2012.”

The next task was to acquire a facility in which to brew. Expensive real estate and tight zoning restrictions have been an obstacle for many startup breweries in the past, including the old Park City Brewing Co. and Shades of Pale Brewing Co., which recently relocated from Park City to South Salt Lake. “We literally acquired the only building big enough to house our brew system,” Scott says. The place they now call home is just off I-80 near Kimball Junction. “We had originally hoped for something a little cheaper and closer to town, but our proximity to I-80 is perfect exposure,” says Scott. “It’s like having a million-dollar billboard for the tourist entering town to see.” A perfect place and a lot of space are great things, but a brewery needs a brewer. Fortunately, theses guys didn’t have to look far. They tapped Jeremy Ray, yet another brother from the Ray clan—who was still living in Kentucky—to be the head brewer in this new family business. Jeremy picked up the brewing bug 12 years ago in Kentucky after his frustration over the lack of craft beer in their hometown of Frankfort drove him to start home brewing. “I was working on my own idea for a brewery back home,” Jeremy says, “but it wasn’t working out, so when Scott and Brian told me of their plan in Park City, it was the perfect opportunity.” Brian adds, “I love Jeremy’s beer. There’s no other guy I’d want out here brewing with us.”

Park City Brewery’s love for the outdoors sets them apart: “We all have degrees in environmental studies, and our concept is to pair our beers with the outdoors instead of food,” says Scott. The four beers that the Rays have debuted with reflect that attitude, down to the brewing of sessionable 4-percent ABV beer and recyclable aluminum cans. Combining that philosophy with a Utah outdoor-sporting mecca, success is all but assured. “Boogy Water, our brown ale, comes from Jeremy’s award-winning homebrew recipe,” says Scott. “That one pairs with the water and kayaking.” This beer is a little malt forward, which provides added carbs for energy. The Last Pitch IPA was designed for hiking and camping. Its light body and high-hop bitterness makes it a quencher while being active. Breaking Trail Pale Ale is for skiing and winter activities. Its lighter malt profile and subtle hops satisfy but don’t fill you up too much.

There was one beer I couldn’t make the outdoor connection with, though: their Hooker Blonde Ale. “That’s a funny story,” Scott says. “A hooker is a type of fly fishing hook. We were going to call it ‘Hooker Light Ale,’ but if we called it a ‘light ale,’ we’d to have list the calories on it. The Federal agency in charge of labels suggested we just call it a ‘blonde ale,’ so that’s where the name came from.” This beer is light and toasty—perfect for when the sun is beating down. The guys have made a big impact already in the short couple of months that they’ve been brewing. The taproom at the brewery is usually filled; tap handles for their ales are popping up in bars all over that Wasatch Front; and their cans are currently making their way into stores around the state. It’s all coming together for three Kentucky transplants who just want to have good beer and enjoy all that Utah has to offer. “It’s very important to us to make drinkable beers,” Scott says. “As a beer lover, I’d much rather drink three session beers than one alcohol bomb. That’s easy math to me.”