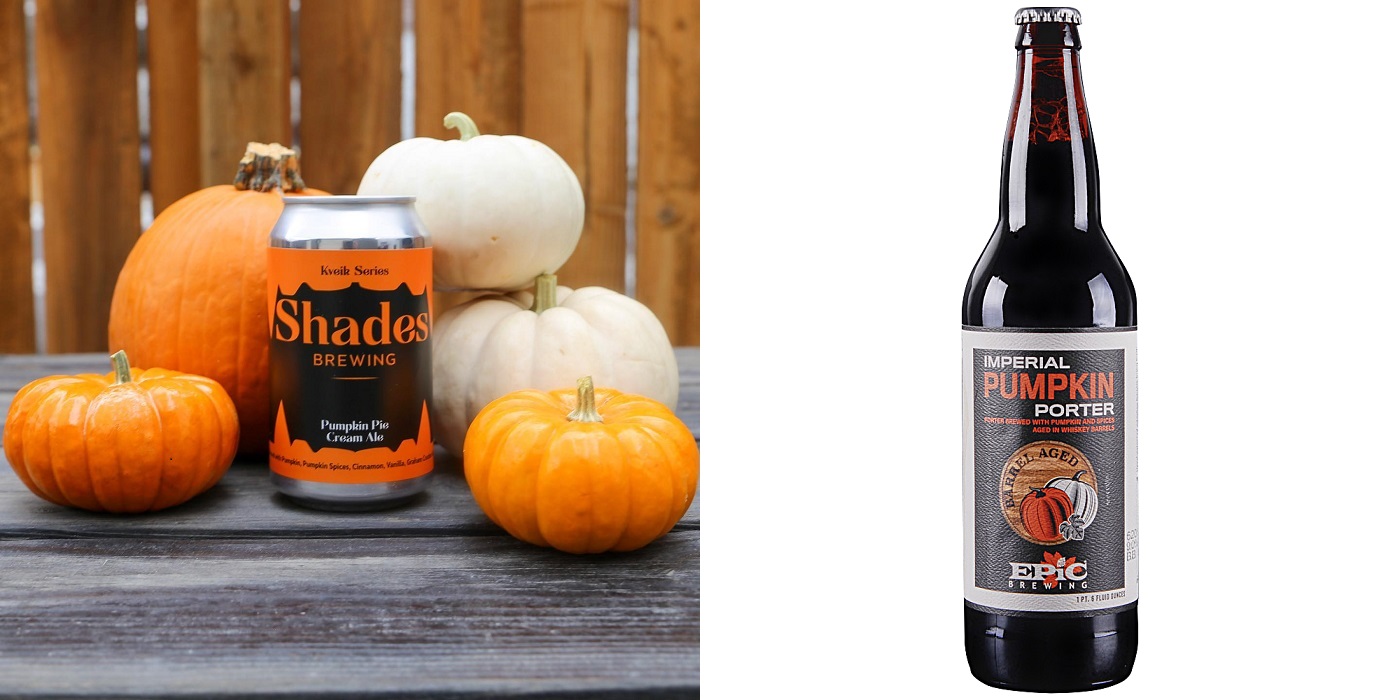 Squash Your Fears of Pumpkin Beers

Fall, autumn, football season—no matter what you call the period of time between summer’s unrelenting heat and the frozen inversion hellscape of winter in Utah, we should all agree that it’s an amazing time of the year here in the Mountain West if you enjoy beer.

Unless it’s a pumpkin beer.

While these awful yellow mixtures of nutmeg, ginger, clove, cinnamon and pumpkin flavoring were shoved down our throats for the better part of the 2000s, fast forward to today and we’re starting to see multiple pumpkin beers that are anything but those pumpkin beers of old. Kiitos’ Pumpkin Latte offers a blast of coffee with subtle pumpkin, ginger and cinnamon, while Wasatch’s Pumpkin delivers a solid, if not ordinary, entry into the pumpkin beer race. These other local pumpkin beers will elevate your opinion on squash and hops.

Bewilder Brewing’s Fallin’ 4 Amber Pumpkin Lager (available on tap at the brewery) is a great example of an evolved pumpkin beer. It pours a beautiful red with a thin, white head that quickly disappears. The flavors exude real pumpkin, nutmeg and graham crackers on the nose, with everything balanced in harmony. This 5% beer drinks heavily with pumpkin, spices and more graham crackers adding to the flavor. The best part about this pumpkin beer is the finish, which is light and crisp without any lingering sweetness or spice.

Part of its lauded Kveik series of sour beers, Shades Brewing‘s Pumpkin Pie Cream Ale is loaded with flavor. The beer pours orange in color with a thick, white head that tracks nicely. On the nose, you will find vanilla, pumpkin, nutmeg, cinnamon and graham crackers with a touch of funk. Pumpkin and vanilla flavors, along with a touch of cinnamon and plenty of lactose, come on the first sip. The milk sugar amps the flavors of pumpkin and vanilla nicely. This slice of pie finishes thick with graham crackers, vanilla and sugar. Get the 12oz cans at Shades.

Epic Brewing Company’s Barrel-Aged Imperial Pumpkin Porter has a lot going on. It pours like watered down motor oil with a thick, brown head. Whiskey, wood, brown sugar and squash come out on the nose with a hint of chocolate. The first sip brings a lot of that whiskey, brown sugar and vanilla to the tongue with hints of pumpkin and dark chocolate. Look for those classic pumpkin spices on the finish with more wood, whiskey and dark chocolate. This is pumpkin beer certainly elevated. Available at Epic Brewing in 22oz bottles.