I would personally like to invite you all to a beerfest! Utah’s best beerfest in fact. We have close to 60 breweries from all over the West coming to this beer festival. There will be approximately 220 different beers at our super beer soirée, but there’s a slight problem with our beer festival: We have to hold it in Idaho. I know, it’s a bit confusing, but if you look at it this way, it might make more sense. 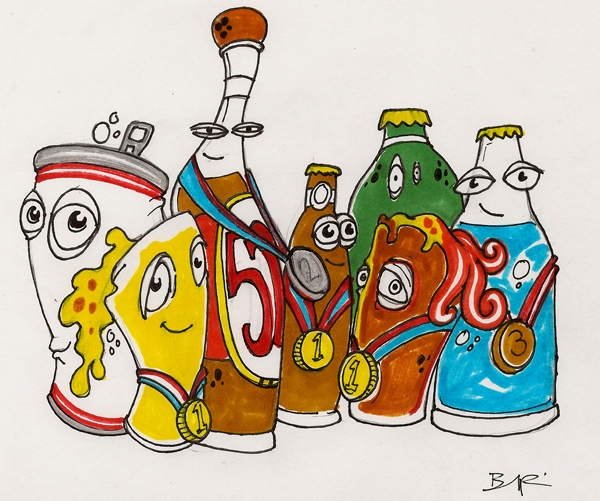 I would personally like to invite you all to a beerfest! Utah’s best beerfest in fact. We have close to 60 breweries from all over the West coming to this beer festival. There will be approximately 220 different beers at our super beer soirée, but there’s a slight problem with our beer festival: We have to hold it in Idaho. I know, it’s a bit confusing, but if you look at it this way, it might make more sense.

Remember when you were younger and you wanted to throw that huge, epic rager of a party, but you couldn’t because you lived with you parents? Of course, Ma and Pa said, “Hell no.” Then you’d go over to your Pudd’n Pop-loving buddy’s house and ask him (let’s call him Rob) if you could do it over at his somewhat adequate dump. He of course says, “Fuck yeah!” Well, that’s kinda what the situation is here: The state of Utah is “Ma and Pa” and Idaho is “Rob.” So now that you’ve got the scenario down, what do you think? You up for beerfest?

Yes, it’s true, Utah’s best beer festival is, in fact, in Idaho. Its official name is The Mountain Brewers’ Beer Festival, and, if you’ve never been, you’re missing out on a truly great time. Thus far, 10 of Utah’s breweries—including Roosters, Bohemian, Shades of Pale, Hoppers and Uinta—have all confirmed that they’ll be pouring beers at the event.

My wife and I first came across The Mountain Brewers’ Beer Festival back in 2000 and have been faithful attendees ever since. Its proximity to the Wasatch Front makes it a relatively quick drive to the festival’s home of Idaho Falls, and it doesn’t have all of the bullshit baggage that the Utah legislature foists upon our hometown beer gatherings.

This beerfest isn’t just about getting your drink on. It’s also a sanctioned beer competition put on by the North American Brewers Association. The NABA regularly attracts attendees from more than 20 states and several foreign countries. With all revenue directed to charities and non-profits, the fest has earned these groups more than half a million dollars.

Five years ago, I was honored when I was invited to be among the competition judges, which are comprised mostly of brewers, industry professionals and sanctioned beer judges. Over a period of three eight-hour days prior to the beerfest, the judges blindly sample beers to find the ones that best fit the predetermined standards for that beer’s particular style.

Believe it or not, Utah’s breweries do extremely well in these blind competitions each year. Let’s face it: Utah typically isn’t known for its beer, and, occasionally, when a beer is identified as being from Utah, it has already been pre-judged to be below par. Once the labels are removed and the tongues, not the eyes, give their first impressions of a beer, our locally made stuff really shines.

In the last five years at NABA, hundreds of bronze, silver and gold medals have been awarded to some of Utah’s finest beers. Some are beers that you may never have tried or given a second look, like Hoppers Brewing Co.’s triple gold-medal-winning “This is the Pilsener” pilsner. In 2011 alone, Bohemian, Desert Edge, Epic, Hoppers, RedRock, Squatters, Uinta and the UBC all took home medals in  various categories.

Friendships are another huge reason why we keep coming back. RedRock Brewing Co.’s latest bottled beer was born from a friendship made during the MBBF. CoHOPeration India Style Rye Lager came about while Pelican
brewmaster Darron Welch and RedRock brewmaster and “beer yogi” Kevin Templin were judging at last year’s competition. Two guys from different regions, coming together to make something special—it’s a beautiful thing that we all benefit from.

The Mountain Brewers’ Beer Festival isn’t just about who’s got the best beer. It’s mostly about like-minded people getting together in the sun or rain to share their love of beer. In a way, this beerfest isn’t just an excuse to get out from the umbrella of Utah’s ultra-conservative beer oppression—it signals the start of summer and renews annual friendships.

This will be the 12th year that Mrs. Mikey and I have attended the MBBF, and we’ve never missed a year. We have friends as far away as Virginia who make the long trek every year to attend. There are worse ways to spend a Saturday afternoon than enjoying great beer and good company, all while rallying behind your favorite brewery or beer.

Although online ticket sales for the event have closed, you can snag a pair of tickets from Bohemian Brewery, Roosters or Uinta.

I hope you’ll consider making the two or three-hour trip to “Rob’s House” for the great beerfest on June 2. Rob has plenty of huge, bitchin’ couches—please spend the night!