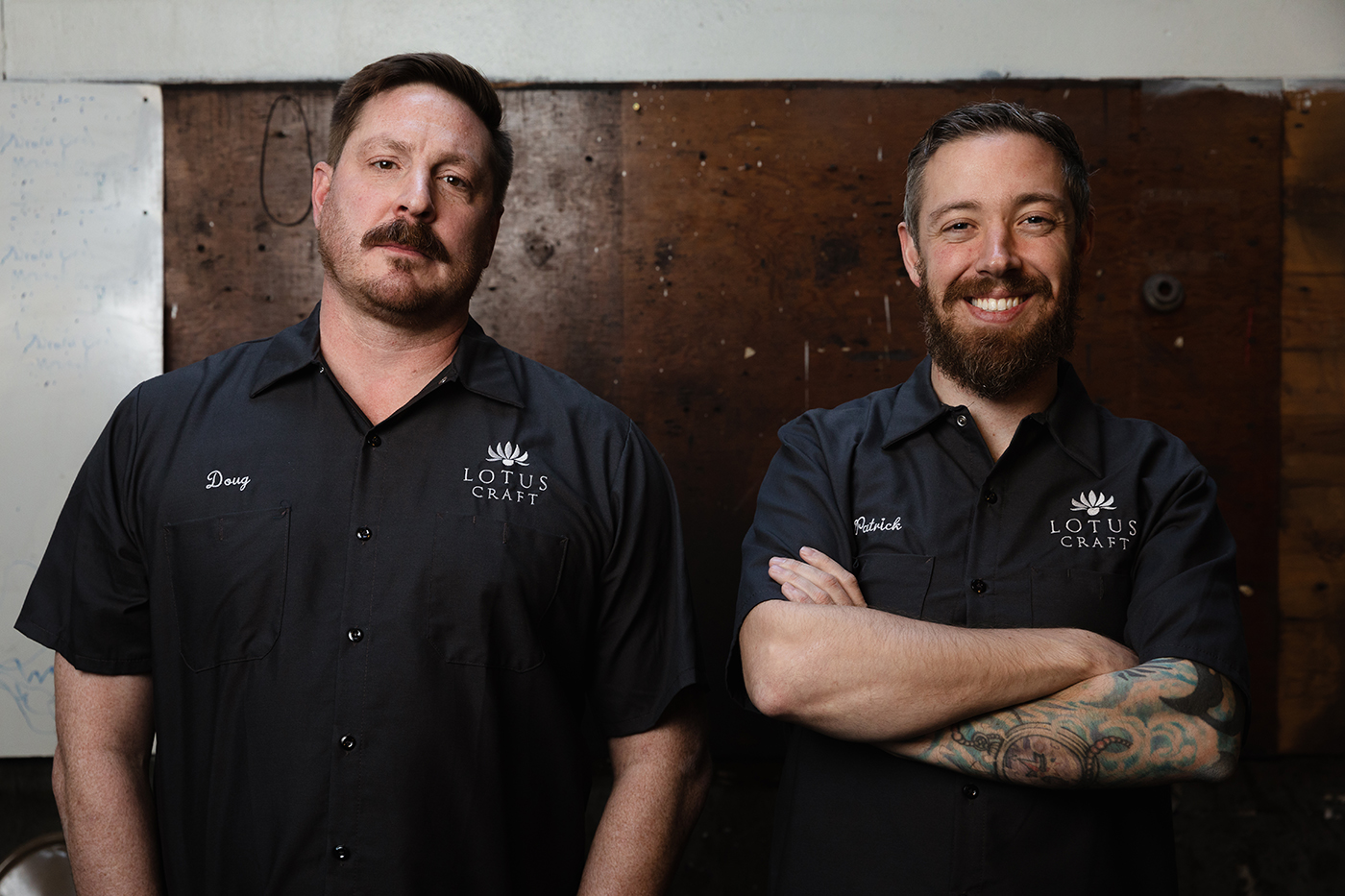 For years, the word “alcohol” and Utah haven’t been used in the same sentence without some sort of smirk or giggle. It’s always been this state at the end of a punchline when talking about a good place to get a drink. But with the ABV limit recently raised and a surge of breweries popping up in Salt Lake City, Utah is becoming harder to poke fun at, and drinkers are starting to realize that the state has something to offer. This is the precedent that Fife Brewing Co. wants to stand on as it comes into being and joins the ranks of SLC’s great local breweries.

Founded through Bryan Wrigley’s Lotus Craft—a branch of the bigger, Lotus Company—the real-estate mogul wanted a branch of his real-estate company to work in hospitality. Lotus Craft first found success in Ogden with Ogden River Brewing. It was at first a smaller endeavor attempting to achieve its funding through Kickstarter, but came up short. Fortunately, Wrigley’s company stepped in to help out, and today, the brewery thrives. Now Wrigley and Lotus want to find a similar success here in the valley.

Though Fife Brewing Co. is heavily curated by Lotus, at its core is a group of people who are much more hands-on and, perhaps, more directly experienced with the intimate workings of a local brewery: Doug Hofeling, who’s acquired years of experience in the industry working for Squatters and Wasatch Brewery, works as the President of Hospitality for Lotus Craft and oversees the vision for the brewery; Patrick Bourque is the Head Brewer; and Lauren Boyack, who also worked for Squatters and Wasatch, is the Vice President of marketing for Lotus Craft. With their collective experience, they reside as the core of the project.

“We don’t want to say, ‘Yeah, Utah could be better.’ We wanna show how great Utah is.”

When talking about the vision and the brand of the brewery, Hofeling uses the term “bragging brewery.” He really wants to help propel the new identity of Utah as a place one can find a drink and use the brewery as something that takes itself seriously. Hofeling says, “People make fun of the state. A lot of times we’re a punchline, and those of us who live here know that’s so far from the truth … We love this city and we’re sick of it being the butt of a joke … That’s kind of our attitude. We don’t want to apologize. We don’t want to say, ‘Yeah, Utah could be better.’ We wanna show how great Utah is.” The motto of the brewery actually is “Love Your City,” and it sits well with what Fife is trying to accomplish.

Continuing to talk about the vision of the project, they bring up the image of the bison and the bee—two ideas of the state that help elevate Utah above the stereotypes that too often define it.

“The bison and the bee—it’s kind of two ends of the spectrum, but it’s a very Utah story, right?” says Hofeling. “We’re the state of Deseret, the beehive. We also have bison native to the state, and there’s just something going on between those two [ideas] … the delicate and the brute force, the large and the small, the loner and the hivemind. We feel that really tells a story how Utah is unique and unique in a really good way.” It’s an image that finds itself between the isolation found in the great outdoors of Utah and the hive mentality that seems to ripple all up and down the state.

“At the end of the day, any style can be done well if given the right amount of balance.”

When talking about the actual brews they’ll offer, the subject isn’t as concrete as their vision. It comes along as a much looser topic. Bourque, who will lead the brewing team, wants to leave a lot of room to experiment and then see where they end up. “Ultimately, the philosophy behind the beer is this idea of experimentation but with balance,” says Bourque. “The vision I see the beers going in is somewhat rotational. There’s not going to be a specific style or a specific 10 styles … At the end of the day, any style can be done well if given the right amount of balance.” Rather than decide now what they want their flagship and most popular beers to be, Bourque wants to see what Fife’s customers will like and let them decide what brews will be made. “If consumers latch on to a recipe, there’s no reason not to make that recipe again,” says Bourque. “I think consumers these days, especially in this growing beer culture, they’re always looking for the interesting and new. I want to bring them that.”

It will be interesting to see where that strategy takes them, as well as how Fife will fit into the successful local-brewery scene here in Salt Lake City. They acknowledge that there is already a great collective of local breweries in the valley. They don’t want to fight for business with them as much as they want to join the community of thriving breweries and help continue to propel Utah into the great state that has great drinks, too.

Fife Brewing Co. plans to be open this July, pending social-distancing, and will be a fully open restaurant as well. For more information on the developing brewery, feel free to visit their Facebook page.