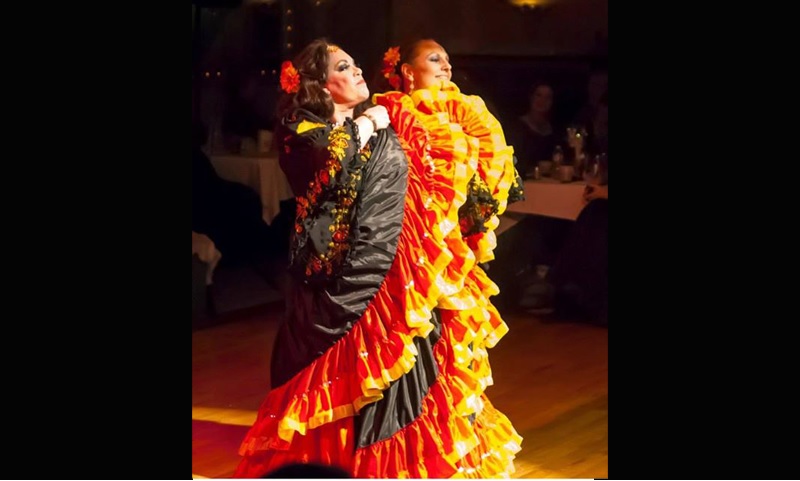 If you have attended the International Dance Gala, Mirage in Winter, Spring Fest and several other belly dance events, you have heard the mellifluous voice of Ana Kitka za Sofia announcing the dancers. I call her “The Voice of Belly Dance,” but did you know that she has been dancing in Utah for 22 years? I thought we should all get to know something about the dancer behind the voice. Ana Kitka za Sofia—whose name means “bouquet from Sofia,” which is a city in Bulgaria—began her dance career with Virginia Tanner at age four. She has also studied ballet, folk dancing, musical theatre and opera. She became mesmerized with belly dancing while watching the dancers at the old Athenian. “I just knew that I had to do that,” she says. The year was 1973, and belly dancing in Utah was in its infancy.

Interviewing Ana Kitka za Sofia about her dance career and experiences is a delightful history lesson about bellydancing across the Wasatch Front. Smitten by the dance, she quickly sought out the fabulous Aziz, the man who brought belly dancing to Salt Lake City, and he became her first teacher. She then studied with Noushaba at the University of Utah, a talented and lovely local dancer, and trained and danced with Kismet. When she moved to Ogden several years later, she started training with the wonderful Mashara Rabia and danced in her troupe for many years. She has also studied with Zahira, Midnight Mirage and Corrie Walker.

“The dancers here are as good or better than anywhere else!” she says. “I never felt I had to go out of town for training and good technique.”

Several years ago and six operations on her knees later, Ana Kitka za Sofia turned to announcing to keep in touch with the art she loves so much. The rest is history. She truly has become “The Voice of Belly Dance,” and her knowledge of the dance and our dancers is considerable.

Today, Ana Kitka za Sofia dances in the Kashmir Dance Company under the direction of Corrie Walker. This American tribal dance troupe is colorful, wildly entertaining, and brings audiences to their feet every time they perform.

“I have totally embraced American tribal. It is so much fun!” says Ana Kitka za Sofia. “Corrie has really put her own stamp on what we do on stage. The challenge with tribal is the technique. You follow a leader with subtle signs of arm, head or body posturing to let the rest of the troupe know what the next movement will be. This dance is full of intense muscular movements and isolations. It is a fun time dancing with your girlfriends! Not just performing with your girlfriends, but the joy of dancing with them!”

She adds, “Of course, the costuming is delicious. There is no such thing as too much.”

Ana Kitka za Sofia will be performing with Kashmir Dance Company and announcing at Shazadi’s Soiree Nov. 6, the Rachel Brice Show in December, and at Spring Fest this coming March.