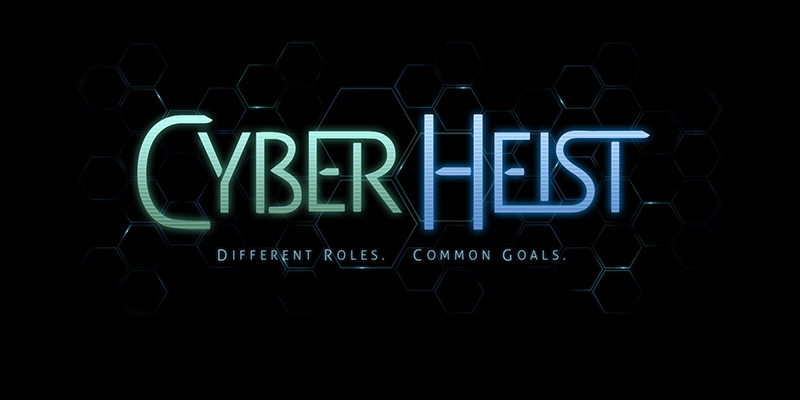 Cyber Heist, a game developed by students in the University of Utah's EAE program, finished in the top 8 at the IGF in San Francisco. Photo: Cyber Heist

It’s the year 2114. The price tag on higher education has been jacked up to an exorbitant rate, resulting in billions of dollars in student debt. Sensing a financial loophole, the Department of Education begins to allow mega corporations to purchase these outstanding debts, effectively turning college students into indentured servants. As this system of corruption grows stronger, a cunning hacker and a stealthy thief join forces to break into the DOE and erase all records of student debt, thus liberating millions of oppressed citizens. While this premise might sound like the plot of an upcoming sci-fi film, it’s actually the driving force behind Cyber Heist, a video game developed and published by a team of students from the University of Utah’s electronic arts and entertainment program—and it’s become kind of a big deal throughout the indie game community.

While 2114 might be a terrible year in our country’s future, 2014 was a great year for Cyber Heist and its team. In the spring of last year, the game was a finalist in the student category at the Independent Games Festival in San Francisco. “The IGF takes games from all over the world and rates them against one another for the quality of their story, art, gameplay. Cyber Heist was in the top eight of about 350 games. We were honored to be one of the top eight games in the student category,” says Jake Muehle, lead designer of Cyber Heist. In addition to garnering accolades at what many consider to be the Sundance Film Festival of video games, Cyber Heist earned some recognition at the Serious Games Showcase and Challenge in Orlando. “We won the student category as part of the SGS, which is run by I/ITSEC (Interservice/Industry Training, Simulation and Education Conference). It was surprisingly military-oriented. Lots of people in uniforms, asking how [our game] relates to cyber warfare and if it could be used to train troops,” Muehle says.

With all of this positive recognition bouncing around, it was time to give the game a shot. The game is free to download via Desura, and its original concept, unique gameplay and streamlined graphics make it worth checking out for anyone who is looking for something distinctive to add to their video game library. It’s a cooperative game in which one player takes control of the hacker, and the other controls the thief. It’s the hacker’s job to monitor a given level for security drones and terminals, and then communicate that information to the thief, whose job it is to interact with the room itself. As the hacker, the player’s screen is a top-down map of a given level, with icons that indicate where the thief is, along with any obstacles that are lurking in wait. The thief sees the room from a first-person perspective, and relies almost totally on the hacker’s ability to clearly communicate how to safely navigate the level. Both perspectives offer substantially challenging gameplay, but it’s the concept of using cooperation to achieve an objective that I found to be most refreshing. The game provides lots of mind-bending challenges, but you’re not expected to shoot your way out of a problem. “We thought that violence was overrated, so we challenged ourselves to make the game without violence. In fact, we discovered that good design comes from limiting yourself,” says Muehle.

While the credit of Cyber Heist’s success lies with the development team, their experience with the EAE (Entertainment Arts and Engineering) program at the University of Utah also played a part in the game’s creation. “[The EAE program] was awesome! The faculty really took the time to care about us as people, not just game designers,” Muehle says. As a rapidly growing area in higher education, the U of U’s EAE program is gaining popularity among local college students who are interested in video game development. It’s also a program that is not limited to those with a background in computer science—though that is definitely encouraged. “The EAE program has three tracks,” Muehle says. “Engineering, art and production. For engineering, it’s highly recommended to have a background in computer science. The art track is for anyone who is interested in sketching and modeling, and production track takes more of a project management perspective.” For locals who are interested in getting into video game development, it’s a great opportunity to learn the tricks of the trade while interacting with other like-minded individuals.

Cyber Heist is currently participating in Steam’s Greenlight program—after checking the game out, take a moment to give it a vote next time you log in.