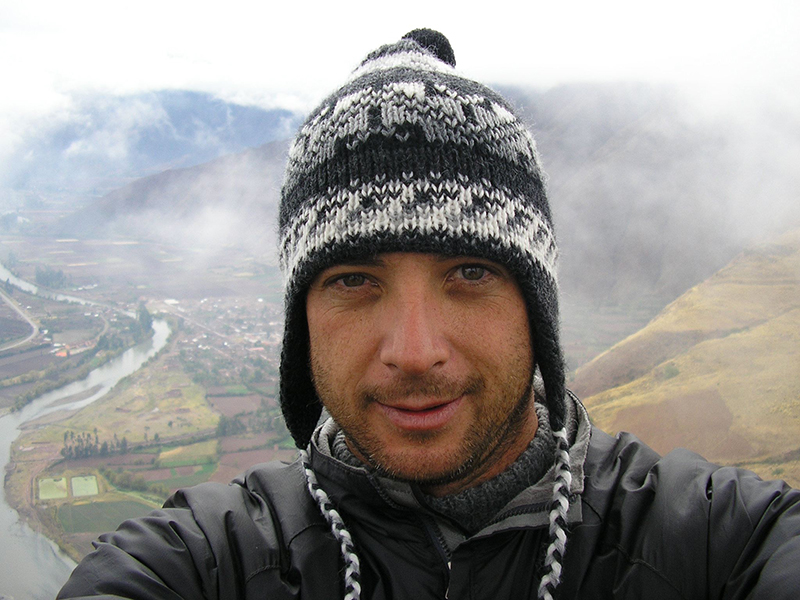 I first met George in the late ’90s when Slamdance was determined yet struggling to establish itself in Utah. If it wasn’t for George, we wouldn’t be where we are today. There are many extraordinary things to say about George. There’s one I’ve been thinking about leading up to the festival, which is his sense of timing. George’s clock ran differently than everyone else’s, and some might say he was late. Though an entire empire was built and run on Greenwich Mean Time, George proved the human value of why any time zone should (and often would) be rejected in favor of his own. George simply ignored time to listen to you, no matter how long it was going to take … and to be a true friend. It was in moments like these that you gathered just how unselfish, wise and giving George was. Over time, his friendship and great personal effort for Slamdance added up to a great deal and helped our community grow and flourish. I like to think George was made for Slamdance, and Slamdance was made for him. He always saw the best in our filmmakers and encouraged their potential while never seeking attention for himself. We will always love him for that. George’s spirit and constant belief in our community shaped Slamdance’s success and, consequently, a great many artists. We’ve lost a light upon us that we never wanted to go out. He will no longer be with us, but George will forever embody the spirit of Slamdance.

My brother was born in Two Rivers, Wisconsin, to my parents George Sr. and Jane on Jan. 14, 1971, while my father was deployed in Vietnam.

Relatively soon after his return, my family was relocated to Salt Lake City due to our father’s job transfer. We essentially grew up in SLC. As young children, we lived in Kearns but moved to the 9th and 9th area when Georgie was about 12 years old. We were raised in a devout Catholic home where we were altar boys at St. Ann’s Catholic Church and then at Our Lady Of Lourdes Church on 1100 E. and 670 S.

Georgie attended Judge Memorial for his freshman year but later transferred to East High because he didn’t make the basketball team at Judge but made varsity when he transferred to East. Georgie was known to carry a basketball wherever he went and one could often hear him dribbling down the street as he closed in on his destination, wherever it may be. We belonged to the old Kiwanis Felt Boys and Girls Club on 450 S. and 900 E. After chores in the morning, we would hop on our box bikes and head to the “club.” We grew up in a traditional, nuclear family where the smell of good coffee radiated throughout the home day and night. Our parents both worked tirelessly to send us to private school to instill a sense of value and hard work. Georgie had a daily, early-morning paper route from the ages of 13 to 16. Looking back, I treasure those 5 a.m. wake-ups, the mornings filled with the sweet smell of fresh newsprint and the seemingly endless job of delivering the Trib to 200-plus customers throughout the East Bench and the Avenues.

Georgie and I devoured downtown Salt Lake on our bicycles as young boys, only arriving back home right before the sunset. The Tower Theatre, Liberty Park, Trolley Square Arcade, and the old Crossroads and Cottonwood malls were our childhood hangouts. He acquired a love for cinema while working at the now nonexistent movie theaters, The Plitt and The Flick, in Trolley Square. There were countless free movies and popcorn throughout those years. Georgie was also in charge of changing the movie marquee on the Trolley water tower every week—he had no fear of heights.

Georgie graduated East High School in 1989 and went to college at Gonzaga University, where he graduated in communications. Following college, he backpacked extensively throughout Europe before returning back to Salt Lake, where he worked as a bartender and barback for the old Ages and Bogarts bars in Sugar House and at the University Park Hotel. He eventually “grew up” and landed a job with Rainbow Bridge Publishing in Murray, where he excelled incredibly in the world of children’s book publishing, and it was then that the seed was planted for his career! Georgie grew to be quite successful in this endeavor, and in 2005, opened up the Blue Star Juice and Coffee Cafe, which he ran successfully in conjunction with his book series, Summer Fit Activities, which his sister, Kelly Terrill, now owns, carrying on Georgie’s legacy. He was actively involved with the Downtown Farmers Market, Living Traditions Festival, Utah Arts Festival, Slamdance Film Festival as a producer, Twilight Concert Series with Casey Jarmen and the Pride Festival.

Georgie’s passing has left a huge hole in the hearts of so many people in this city, as made evident by the hundreds who attended his funeral at the Cathedral of the Madeleine—a motley crue of attendees of mayors, dignitaries, professional musicians and actors, local independent business leaders, the common man off the street and a wonderful number of homeless and less-fortunate friends whom he valued so much.

He will be sorely missed. –Jason Starks, brother

Editor’s Note: The original version of this piece listed the incorrect title of Starks’ book series. The changes have been amended.