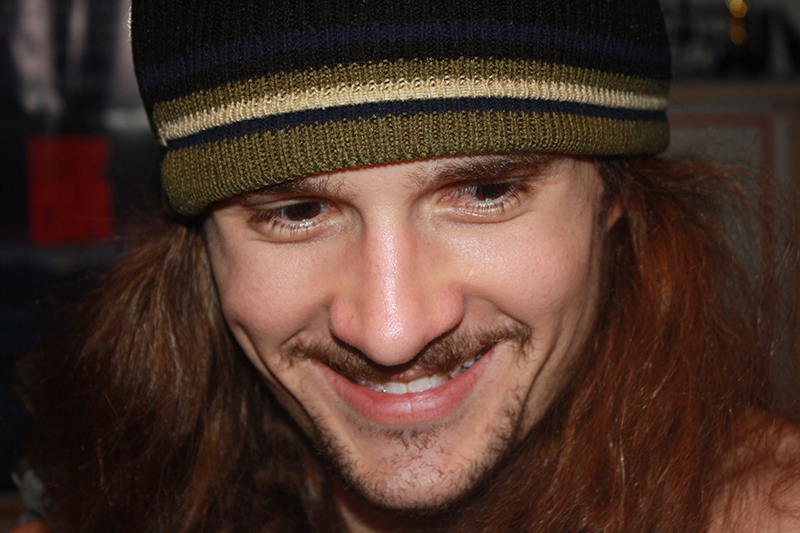 Homage to Kenny Tadrzynski’s accomplishments in life seems ill-fitting, as he wasn’t one to boast about his achievements, nor did he ever define himself by them. Rather, his interactions among his friends, who came first and most importantly to him, were what he held in greatest stock. So, in lieu of telling Salt Lake City about his overwhelming volume of contributions to SLUG Magazine as a comic book, movie and toy reviewer, or sharing his feats as a screenwriter who caught the attention of James Brothers Studio, I will instead attempt to share with you the many lessons he taught to each of us.

This first one may appear as a generic slathering, but truly, at its core, was a trait that bonded Kenny and each of his friends. He taught a special kind of irreverence, that political correctness and humor were bound to be unhappily married, and that those easily offended (or offend-able at all, for that matter) were forced to say farewell to any prudent thoughts—if there was a topic that made sphincters pucker, he would happily parade it in conversation. In a group confession, his hetero life-partner Brian Johnson admitted, “I’ve laughed at some wildly inappropriate things with him over the years.” Sethis Clark, Kenny’s “second father,” adds that because of Kenny, “I’ve learned to laugh at what would normally offend me.” His family of friends held a very poignant motto: “Nothing is sacred,” something he integrated well into his everyday life. Sadie Cousineau reflects, saying, “I think what [‘Nothing is sacred’] really meant was to never take yourself too seriously.” His thicker-than-blood brother Eric Twede unabashedly provides just a few ways Kenny has impacted his life: “Kenny taught me the true meaning of Christmas, which was actually about smoking weed in the living room and watching Money Train at full volume,” he says. “He also taught me how to torrent, how to park for free at the Broadway parking garage, how to kill box elder bugs efficiently, and that you don’t need to pretend to like things you hate, or hate things that you like for the sake of social cohesion.”

Courtney Marriott shares how he always made sure that all his friends knew that they were loved and wholly exceptional. Marriot says, “He taught me to remind myself how great I am, always making sure I remembered all the good things about myself.”

Kenny couldn’t read a compass, and for years believed that “skellington” was the proper pronunciation for “skeleton.” He obsessively cleaned, vacuuming at least once a day, and never once filed his own taxes. When he got sick, he melted into a puddle of useless, and when others got sick, he sprayed them down with Lysol to prevent contamination. He hoarded figures of action and once spent an entire summer growing biceps. He was fickle and funny and had the most extreme road rage I’ve ever encountered. And with all of this, he held no flaws.

On Sept. 1, 13 friends stand around a fresh, not-yet-filled grave, the funeral procession already long over. As the wind picks up, Jason Clark begins reciting Ezekiel 25:17. Although he is not quite able to emulate Samuel L. Jackson (via Pulp Fiction), the emotion is palpable as the others quietly join in, murmuring the only scripture passage their departed friend had ever known. The passage comes to an end: “And I will strike down upon thee with great vengeance and furious anger those who attempt to poison and destroy my brothers,” and there is a moment of silence as each in turn throws handfuls of soil onto the sunken casket. The rain picks up, someone begins playing Simon and Garfunkel’s “Sound of Silence,” and they walk away. Film was Kenny’s religion: He taught each of us the importance of dramatic scenes and cinematic themes; so it would only make sense that the closing of his grave would hold just as much spectacle as his life did.