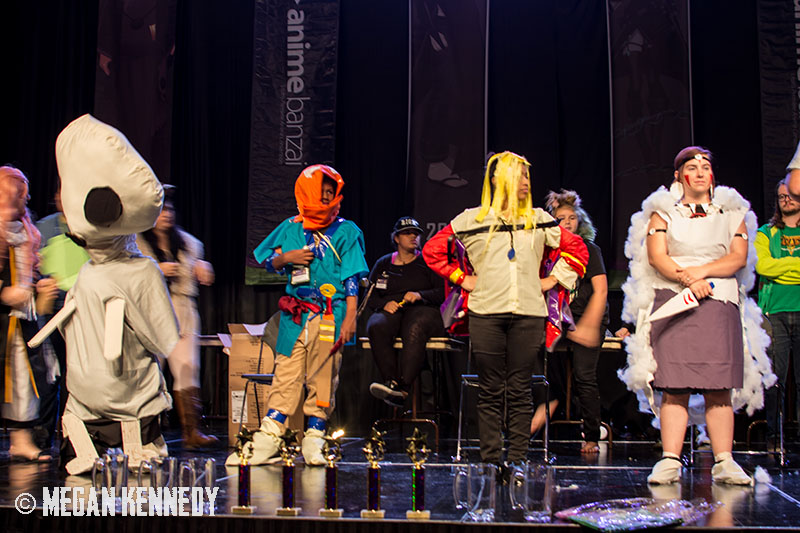 The past couple of years have seen an explosion in Utah’s convention scene. With the introduction of Salt Lake Comic Con a couple of weeks before Anime Banzai, it’s tough for people to decide which conventions they’ll be attending. For me, though, there are a couple of reasons why Banzai remains my go-to con.

Anime Banzai – The Con up North

SLCC is great for day trips. You can head downtown, mill around for a couple hours and  then call it a day. Anime Banzai is a good hour away from SLC, with travel time making it a perfect little slice of escapism. Con-goers are generally in for the entire weekend, booking hotel rooms and planning their days. It’s a much more satisfying experience as opposed to the novelty of popping in to the Salt Palace for a few over-crowded hours.

The ratio of attendees in cosplay to those in street clothes is staggering. There’s almost an even split each year, and some years it’s more unusual to see somebody not dressed as some character or another. Craftsmanship of every skill level is on show, and some of the best costumes aren’t even featured in the yearly cosplay contest simply because that’s not what the wearer wanted in the first place. It’s a labor of love that’s visible in the smiles of people dressed as characters from various different mediums. Anime, video games, Western cartoons, movies, everything is fair game for cosplay at Banzai.

There is never a shortage of things to do at Banzai. Sure, the celebrity guests they pull each year may not always be A-list, but those guests will be running a number of different panels the entire weekend, ranging from karaoke to questions about the business to fan panels for their favorite roles. Community-run panels are always a huge draw, with events like the State Alchemy Exam and Make n’ Take Kitty Ears filling up almost an hour before their actual start time. Even though ostensibly anime is the biggest thing at Banzai, there are discussion panels for every aspect of geek culture. Want to see a specific panel that wasn’t there this year? Then by all means, make it yourself. The vast majority of each year’s panels are community-made.

If you go to Banzai a couple years in a row, there are faces you’ll start to recognize. The guy with the cardboard box, the yearly Pyramid Head and space marine cosplayers, the kimono-clad volunteer whose actual job is never quite clear. I’ve made a number of friends at Banzai through the years, and even managed to network with people who I never would have spoken to otherwise if not for the fact that we snapped a photo of each other’s costumes or happened to be in line for the same panel.

Anime Banzai is smaller than Salt Lake Comic Con. Even with attendance rising each year, it may never quite reach the numbers that SLCC draws. I’m fine with that. SLCC was built from the ground up as a for-profit convention. My experiences there have all felt hollow and corporate. The exhibition hall is massive, but always feels empty. Banzai got its start at Salt Lake Community College, as a small project put forth by an anime club. It moved venues over the years to accommodate more attendees as it grew in popularity. It stumbled in some places, but learned from its mistakes. Anime Banzai is our anime convention. It’s a testament to the geekiness of Utah, and I know I’ll be going back year after year.