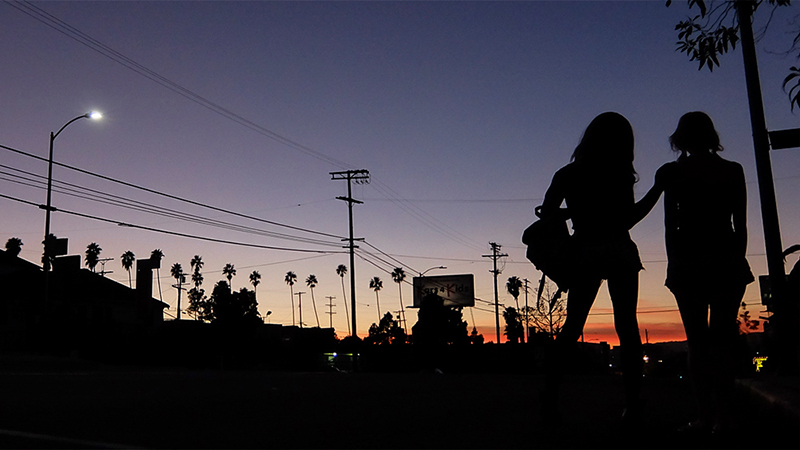 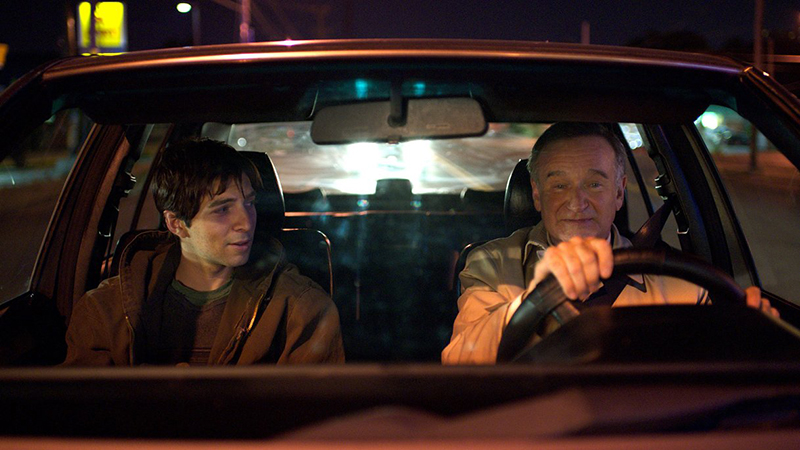 In Boulevard, Robin Williams’ final role is sad, muted and still. His character is the 60-year-old Nolan, who works at a bank, maintains a peaceful marriage with his wife (Kathy Baker) and takes care of his father, who lies unresponsive in a nursing home bed. One night, Nolan drives through his town’s red light district and runs into Leo (Roberto Aguire), a young male prostitute. Nolan ends up paying Leo for companionship and conversation, but he soon grows attached and begins to confront his own sexuality—which he has subdued for a half-century—as the rest of his little life unravels. The film moves slowly, and save one instance, it isn’t passionate or revelatory. It’s lonely, in a grimacing way, as Williams tucks himself into a separate bed from his wife’s, as he encounters Leo’s abusive pimp, as he works quietly in his cubicle. The silences speak just as much as what is said, attesting to excellent and wrenching performances by both Williams and Baker. The film’s sensitive approach is admirable and poignant in its humility and tenderness: Its expression of Nolan’s sexuality isn’t about sex or romance, but connection; its depiction of Nolan’s life isn’t about tragedy, or even regret, but about no longer being cornered by life—and himself. –Kathy Zhou 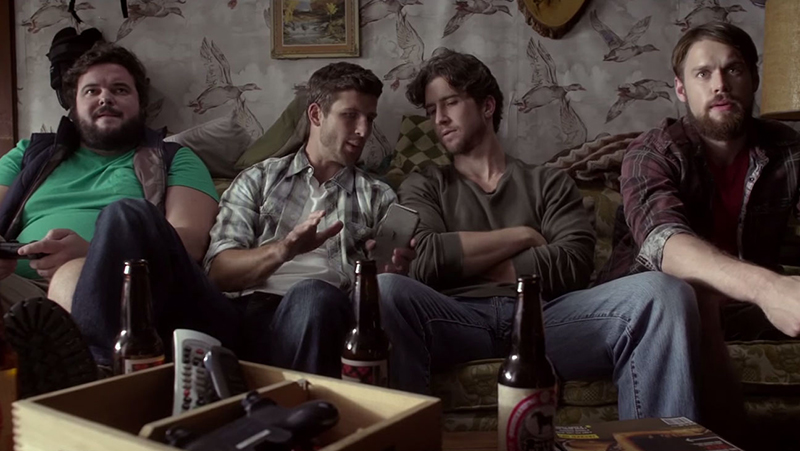 When Adam (Evan Todd), an unassuming auto mechanic who lives in a sleepy upstate New York town, turns 24 and decides to come out to his three long-time best friends, your typical bro hijinks ensue. There’s a lot of charm and wit, and the dudes’ exchanges are hilarious at times—mostly thanks to goofy gonzo Ortu (Jon Gabrus) and the blissfully unaware Nick (Chord Overstreet)—and feel more or less believable. That’s why it’s such an eye-rolling disappointment that the film’s revelation of Adam’s coming out feels so insipid and misguided. Much of the film is spent emphasizing just how “normal” Adam’s behavior—which includes fixing cars and drinking beer—is. Not to mention, the film relies heavily on mainstream tropes: Just about every female character, with the exception of Adam’s mother (Kate Flannery), is vapid and shallowly written, and every non-central gay character is depicted with painfully overdone clichés. It’s certainly a cute enough film about a group of friends that share several eye-twinkling and heartfelt moments, but in the end, Fourth Man Out’s one-dimensional treatment of gayness just makes it feel like another movie about a bunch of bros trying to get their friend laid. –Kathy Zhou 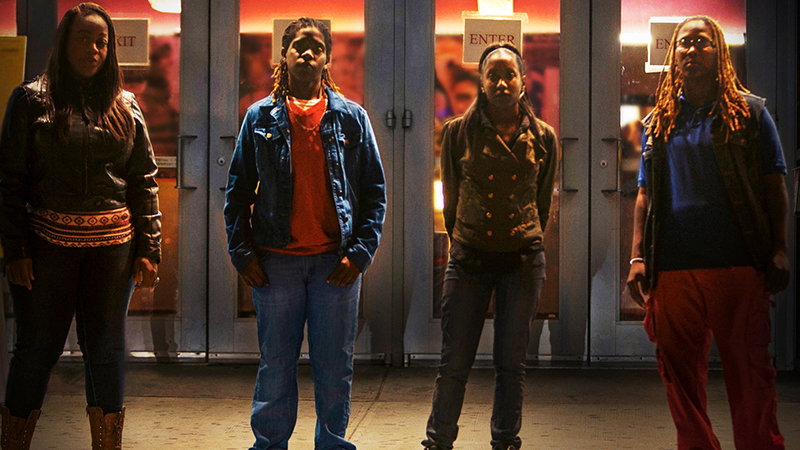 Out in the Night
Director: blair dorosh-walther

Out In the Night recounts the harrowing experience of four lesbian friends who were imprisoned for defending themselves against a violent attacker. It’s an exploration of the unfair impact that race and sexual identity often have on the criminal justice system. After Venice Brown, Terrain Dandridge, Renata Hill and Patreese Johnson were violently accosted by a man in Greenwich Village, they fought back to defend themselves. Shortly following the arrival of the authorities, all four women were arrested and charged with gang-related assault. The media ran with the story, perpetuating the salacious story that the friends were part of a “lesbian wolf pack,” bent on sowing chaos in the streets. While the principal story is gut-wrenching, I found that some of the film’s most haunting moments revolve around the four friends’ families. It’s hard to watch mothers endure ten-hour bus trips to visit their daughters in prison simply because they stuck up for themselves. It’s a well-researched and documented piece of filmmaking that raises all kinds of uncomfortable questions about the prejudices that continue to plague our society. –Alex Springer