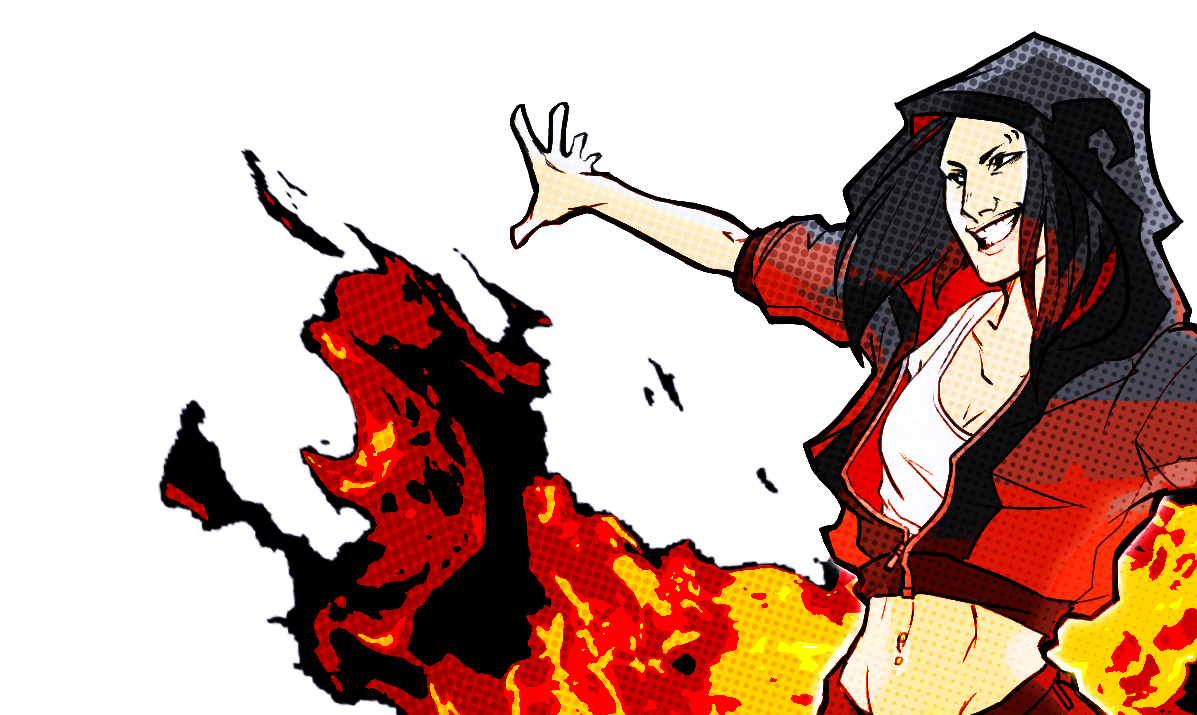 Artist’s Alley is a bustling place, but even among the din, Dani’s voice is a presence impossible to ignore. Incredibly enthusiastic, Powers rocks a Spider-Gwen cosplay as she gives me the rundown of her work and upcoming projects. Our conversation is sporadic as she flits between answering my questions and greeting everyone who comes up to the booth, friends and strangers alike, eager to show them her favorite pieces. Dani says she’s been making art since the days when she “would draw on the couches, sign [her] name, and then blame [her] sister for the mess.” She specializes in video games and comic books, with a focus on concept art, citing members of the artistic teams of Bioware and Bungie as some of her biggest inspirations. Dani is here selling prints of her art and coasters with pieces printed on them—but the biggest draw is a print for an upcoming comic of hers called Valiants. Working as artist and cowriter, she describes the project as “a labor of love for the better part of six years,” set in a metropolitan area policed by superheroes called Valiants, the story opens “after the ultimate fall of superheroes.” The displayed print shows the two main characters of the story, Keelo and Recon, the first new Valiants since the fall. Keelo, a girl with power of “density manipulation,” sports a hoodie not unlike the one in Dani’s cosplay, but she’s dwarfed by her companion in the background. Recon’s suit looks like it’s armor-plated—an interesting choice for a Valiant who “claims to be bulletproof.” Dani says that she’s hoping to release the first issue some time within the next year, and given the quality of the art I saw, I can’t wait to pick up a copy. Be sure to give her a visit in the Artist’s Alley this weekend at the Purple 25 booth!

To see more of Dani’s art, as well as commission information, check out the links below: