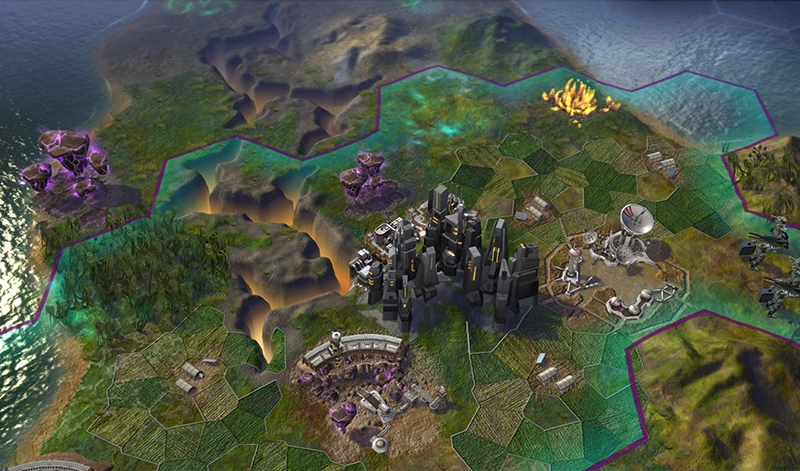 Sure, it looks peaceful now...

Last year, E3 attendees got a peek at what next-gen games were going to look like. This year, we’ve gotten a peek at what next-gen games can actually do. With many developers cranking out content that can be played on both iterations of the Sony Playstation, Microsoft Xbox, and Nintendo Wii, there’s an obvious limit to what they can accomplish. Now that we’re seeing developers working on games that will be released exclusively on current-gen consoles, the future is looking pretty—I want to say bright, but it’s far too bloody for that.
The first stop of the day was with Take-Two Interactive, who were offering demonstrations for a wide variety of games that promise to take full advantage of all that pretty new hardware inside Sony’s and Microsoft’s monolithic entertainment systems. Even though E3 hasn’t even gotten its feet off the ground, Take-Two has been generating some serious buzz with their upcoming titles. I got to spend some time with Take-Two’s heavy hitters, and here is what happened.
Sid Meier’s Civilization: Beyond Earth
Firaxis/Take-Two
Available on PC/Mac
Street: 12.31.14
For fans of the 4X genre, the name Sid Meier has become synonymous with sainthood. Though the past installments of the strategic, culture-building simulation have taken place on Earth, Beyond Earth goes, well, beyond by taking what we love about the Civilization games—colonization, exploring, conquering, etc.—and placing it on a virgin planet, fresh for the taking.Though the planet is filled with valuable resources to plunder and hexagonal territory to claim, it’s also a total death trap. Toxic green clouds waft back and forth among the trees, damaging any units fool enough to be found there. The ground churns and spits up its guts as a gigantic siege worm makes its way to the colony’s capitol city—and let’s not forget about the other humans. In addition to the player, other corporations have landed on this planet, each with different agendas and motivations—called affinities—that are all dying for a piece of planetary turf.
In addition to familiar gameplay mechanics like diplomacy among factions and independent exploration, Firaxis has given players the ability to finance scientific expeditions to different landmarks, which could benefit the player immensely. The player also has the ability to place a spy into a rival city to gather intrigue—the more intrigue the player gets, the more dastardly ways they can sabotage their rivals.Even in its alpha build, Civilization: Beyond Earth looks like another worthy entry into the Sid Meier collection.