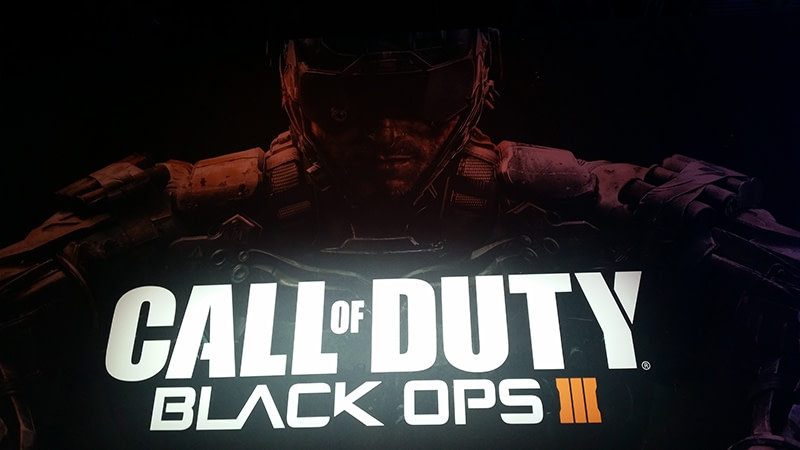 E3 2015 is currently underway in sunny California and I’m extremely excited to attend this one-in-a-lifetime opportunity (for me, anyways). I’m no slouch to video games—I’ve been playing since the Atari days—I’m just not as up to snuff as everybody else here seems to be, which kind of made me feel like a filthy casual. Upon entering this massive expo, I’m immediately hit with an overload of the senses. The sights! Blinking lights, people in costumes and advertisements as far as the eye can see. The sounds! Beeping and booping, screaming and yelling, and for some reason I keep hearing the theme from Back To The Future, yet can’t find where its coming from. Damn you, McFly! The smells! For the most part the smells consist of neckbeards with no sense of personal hygiene, which I happened to find myself sandwiched between in every line. That’s not the best part, though. No, the best part of E3 is the ability to witness and play some of the hottest upcoming games and bragging about it to your friends as they politely feign interest.

In this brief but memorable demo, I got to play as the God Lizard himself. Mobbing through downtown Tokyo was a blast! The graphics were amazing, presenting a highly detailed and destructible Tokyo that is yours for the rampaging. Literally any building or monument that presented itself was able to be destroyed with a whip of Godzilla’s tail or his signature move—breathing a shitload of fire. Although it was too loud to hear in the room I was playing, it seemed that a lady was giving Godzilla missions to complete. Naturally, being a giant lizard God, I ignored her and destroyed as many buildings as I could. That was, until Mothra and mother fucking SpaceGodzilla came down from the heavens in order break up my mass killing spree—or was I sent there to break up theirs? Fighting these two legends in the Godzilla universe was a blast! The controls took some time to master, but once I did, I didn’t want the game to end. Of course it did as I laid waste to that punk-ass moth and the giant space version of myself. Godzilla is slated for release on July 14, 2015.

I played and loved the first Payday, even though it was a little rough around the edges with graphical glitches and general bugs. Payday 2 came out in 2013 and, for the most part, cleared up the problems with the first. Now we have the Crime Wave edition. What’s the difference? It’s now on the next-gen consoles, meaning better graphics and cleaned-up gameplay. Playing the demo with the four strangers that were behind me in line was an action-packed ride. This is a game that lets you feel like an actual criminal. The demo we played took place during a jewelry heist, where we ran in with barbed wire bats and smashed the place up, stealing diamonds and watches. It was inevitable that the cops would be called. Waves of police, SWAT and FBI arrived, guns blazing. My team won and I was given a cool Payday 2-robbery mask. Then I was ushered over to a black jack table where I gambled with fake money with the Payday 2 logo stamped on it. I had a blast at their booth; they really know how to treat a criminal. Payday 2 is slated for release on June 16, 2015

Sadly there was no demo to play for this popular franchise. Instead we were treated to a movie theater screening of 15 minutes of actual cooperative gameplay that they claimed could only be seen there. Jason Blendale, the director of the campaign mission for Black Ops III, starts the video with promises of a longer and more fulfilling single player campaign that you can play with up to four friends, something I feel was neglected in the last few Call Of Duty games in favor of the more popular multiplayer. Blendale goes on to say how there have been people asking for more customization in terms of weapons, equipment and even the character, all of which he promises will be there in full force. As for the actual gameplay, I was slightly turned off at first, as it took place in the future where marines were fighting against robots (along with humans), but after the action picked up I was sucked in. This game is chaotic in the best way, with some new features, such as zapping an enemy with a non-lethal zap that make them vomit—kind of like a puke ray. Then there’s a weapon called “the swarm” were you unleash a swarm of literal firebugs that attack your enemy and set them alight. Call Of Duty: Black Ops III is slated for release November 6, 2015.

Starbreeze, the creators behind Payday 2 are now tackling the word of The Walking Dead in this massively fun demo. Now, there are two versions of this game coming out, the regular version that is a first person shooter with elements of action, role paying and stealth set in The Walking Dead universe. The second version is the same as the first with one huge difference: I got to play it with the StarVR. What’s the StarVR, you ask? Well, it’s a virtual reality headset that sports a mammoth 210-degree horizontal field of view, and it was amazing! This was my first time with a virtual reality headset and it went off without a hitch. The game opens with you, the player, confined to a wheelchair. Two characters are discussing what to do with you when they ultimately decide to take you with them, one going ahead as a scout the other pushing you in the wheelchair. Just getting pushed around in a virtual reality world was a blast, but then you’re handed a virtual reality shotgun and that’s when things really start to heat up! Blasting zombies left and right is fun and actually scary when in virtual reality. This was one demo that pissed me off when it ended, mostly because if I wanted to play it again, I would have to wait in the long-ass line. The only confusing thing about this experience was the actual information on the game itself. I tried asking many of the people running it how the whole virtual reality thing was going to work at home. Does the replica shotgun come with the game? How much does the headset cost? Nobody seemed to know. The only bit of info I got was that they would release a stand-alone version. After playing with it on the headset, though, I can’t go back to the stand-alone. I just can’t! It’s that much fun. Overkill’s The Walking Dead is currently in development and is slated for release sometime in 2016.

So ends the first day of E3 2015. Today was a lot to take in as I spent most of my time getting my bearings about and trying to figure out what’s what. That and the lines… god, the lines! Much to my chagrin, I came to find out that majority of your time will be spent waiting in lines to basically do anything. Want to go to the bathroom? Wait in line. Want to play any game at all? Wait in a LONGER line. Seriously, a normal wait time to play a demo is about an hour, sometimes longer. I guess that’s the nature of the beast though. Now, to get some beauty rest and tackle day 2 of this behemoth that is E3 2015.