Unbeknownst to me, the comedic screening of Manure was switched to Oliver Hirschbiegel’s drama of murder, revenge, justice, and forgiveness in the Emerald Isle. That sounds just dandy to me. In civil war torn Ireland, violence and death was an everyday occurrence. In the 1970s, Alistair Little pulled a hit on Joe Griffen’s brother that shattered Joe’s life forever. It’s been thirty-three years, and the opportunity to come face to face through a television program has given Joe the chance to avenge his brother’s death and reclaim his dignity. While the most climatic scene ends and resolves itself abruptly and with little conflict, no one can deny the remarkable performance of Liam Neeson as the killer trying to offer only the story (no apologies or excuses) behind the events, and James Nesbitt’s exhilarating portrayal of man on a mission to forget his abusive childhood and rediscover his very existence. Oliver Hirschbiegel’s tension-filled drama will keep your heart racing until the final encounter of these two determined individuals. 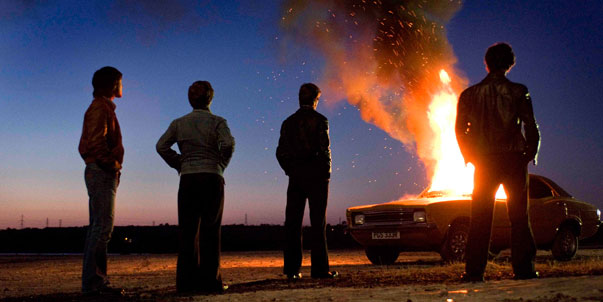