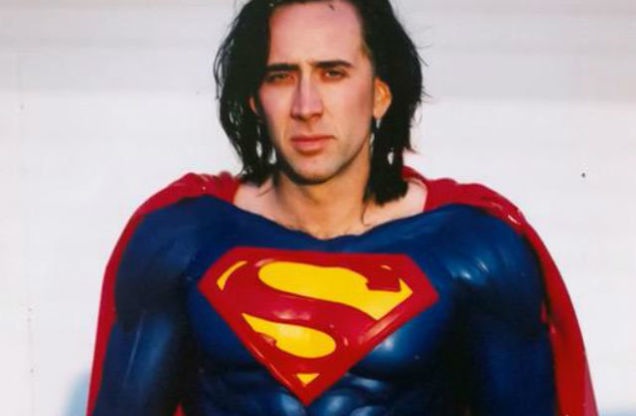 Hollywood Kryptonite: The Screening Of “The Death of Superman Lives”

There have been many signs in recent years that the geeks are taking over, that the geeks have won, but I think a clear bellwether is the fact that we can now make a documentary about a comic book movie that never happened, such as The Death of Superman Lives, and I love it. John Schnepp, producer and director of Metalocalypse wanted to get to bottom of what happened to maybe the most outrageous movies to ever see pre-production. Legendary producer Jon Peters, after the success of the 1989s Batman, decides he wants to try for a Superman movie and enlists upstart writer/director Kevin Smith to write the script, brings in Tim Burton to direct and, to make things even more strange, Nicholas Cage is cast as Superman.

The Death of Superman Lives tries to tell the tale of how a big budget, highly conceptualized movie—involving some very interesting characters behind the scenes—could have gotten so far along and then suddenly shut down. From the jump, it was apparent to me that Schnepp, who was answering some questions before the screening along with producer Holly Payne, made this film for his people, the geeks—and he knew where to find the audience for this documentary. I was a little surprised to hear that he had, in fact, submitted an inferior edit to Sundance at one time, but I guess as a filmmaker you try and get the movie wherever you can to get the most eyes on it. Needless to say it plays right at home at Salt Lake Comic Con.

I was, however, disappointed at the fact that they only screened about half The Death of Superman Lives—explaining that they couldn’t have both the entire movie and a Q&A due to scheduling reasons, but I suspect that this is a good strategy to get the folks in the room to purchase a DVD to see the rest. What I did get to see was a fun look at the creation process of a genre of movies that now dominated the box office at a time when studios and producers had really no idea how to make Superhero cinema consistently good. I love that this doc is super inside baseball, and is very niche, but those who get it are going to love it.