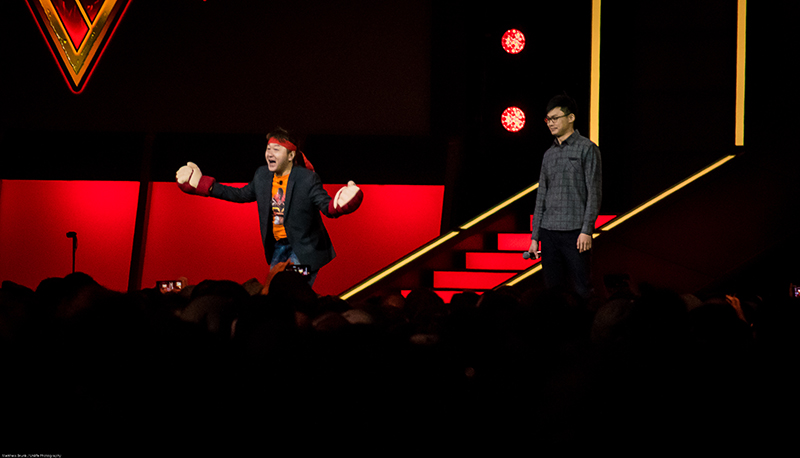 Sony Computer Entertainment held their second annual Playstation Experience this weekend at the Moscone Center in San Francisco, Calif. Right away, Sony proved with their keynote conference that if the Playstation brand represents one thing, it’s that there’s never been a better time to be a gamer.

Playstation Experience started off with Uncharted 4: A Thief’s End. Here we saw some exposition between Nathan Drake and his long­thought­dead brother, Sam. Naughty Dog clearly reinforced their mastery of storytelling, but it gives me pause when I see conversation options similar to something out of the Telltale Games’ playbook. I don’t doubt that this game will successfully deliver a captivating adventure, but I wish they would stop showing the amount of content that they do. I look forward to trying out the multiplayer beta this weekend.

Final Fantasy VII: Remake swept the crowd off their feet yet again as we finally saw what we so ravenously craved: gameplay. I think it’s safe to assume that the game will feature fully voiced dialogue as no text­based conversations appeared anywhere throughout the footage. What excites me most is the combat. Game director Tetsuya Nomura announced in an interview back in July that their intention with this delicate project would feature necessary “dramatic changes” to combat. It definitely seems like Square Enix wants to bring this more in line with Final Fantasy XIV’ s real­time roaming fights, but I know that this will likely divide an already passionate community between fidelity to the original and those supportive of innovation. Considering that this game was announced only six months ago, there is still no release date, but if there’s anything I could request of this game, it would be for Square Enix to take their time.

From that point forward, the cornucopic list of announcements assaulted the audience with no intention of letting up. Call of Duty: Black Ops III received a lukewarm response from the crowd, with announcements for the upcoming “Awakenings” DLC pack, as well as the World League esports program. There will be both Pro and Challenge divisions coming early 2016 first on the Playstation 4. I have no particular interest in the franchise; however, I fully support the esports community and its growth in an industry that I love more than most parents love their own children.

The crowd met Gearbox Studios’ Battleborn with mixed feelings at Playstation Experience. It seems like the “hero shooter” genre went from being completely non­existent to everyone throwing their MOBA variant hat into the ring. Battleborn may have plenty of competition, but it has a lot to offer someone like me: A fully local cooperative campaign, signature humor and a varied, competitive multiplayer mode. Randy Pitchford announced, in all of his iconic enthusiasm, the 16th character to join the ranks of those born for battle: Toby, the mech­piloting penguin with a penchant for quoting J. Robert Oppenheimer and bloodshed. I may be on the fence with this game, but I think Gearbox truly has the potential to release something worth the $60 price of entry.

Yoshinori Ono showed off more Street Fighter V with a good-­humored response to the series of leaked details pertaining to upcoming SFV characters. I love fighting games, and of the few shown off during the keynote, I think this one has me the most excited.

During the Adult Swim Games splash reel, more than a few games caught my eye. Death’s Gambit seems to throw the “metroidvania” genre into the genre blender with something out of From Software. In addition, we saw Ray’s The Dead, Duck Game, Rain World, Small Radios Big Televisions, and Double Fine’ s Head Lander. Tim Schafer took the stage alongside Gio Corsi to announce remasters such as Day of the Tentacle, and Full Throttle.

Overall, the Playstation Experience this year was far and above better than PSX 2014, and while I may want the ability to change my PSN ID and access Playstation Network more easily, the proof is ultimately in the Playstation pudding. Gamers definitely felt the love, and I hope to see even more from day two.