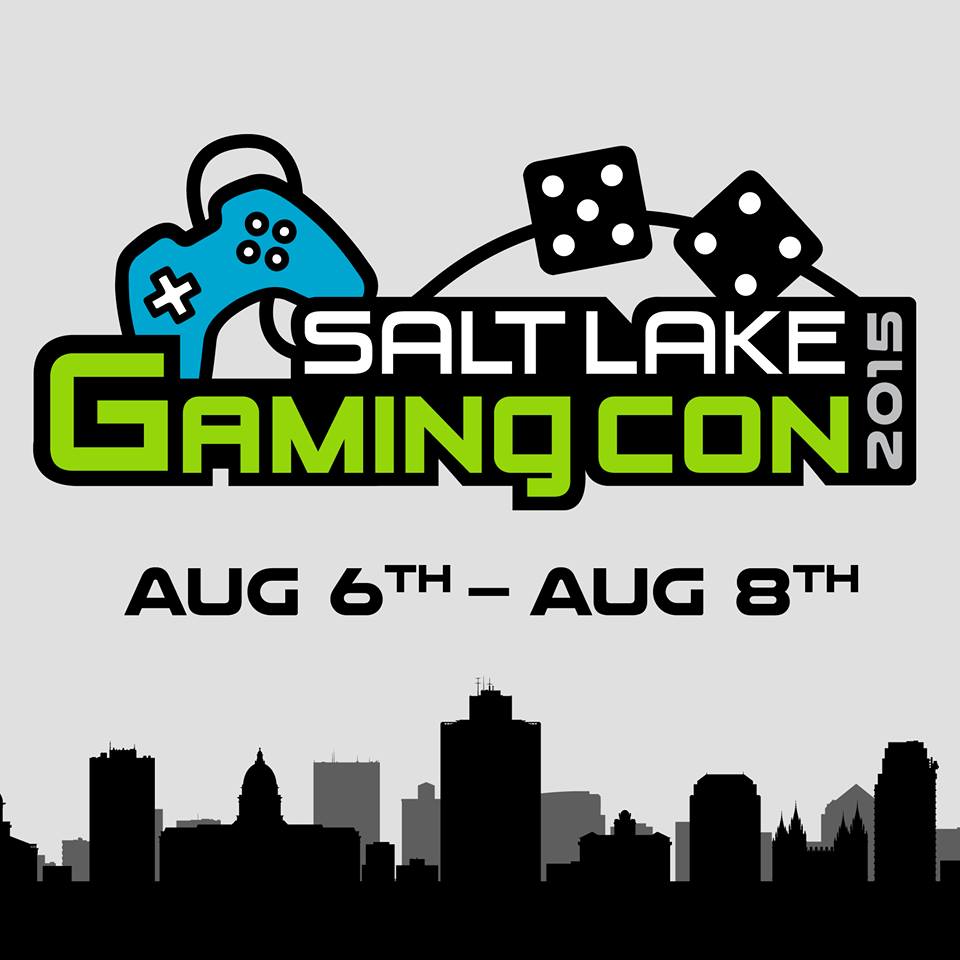 Gaming conventions have a subpar record in our backyard. The GEEX expos of 2010-11 felt more like military recruiting grounds with some new tech on display than cons. I attended GEEX in 2011 with the aspiration of winning a Gears of War tournament. Oh, how naive I was. I didn’t expect much of a turnout (and there wasn’t) but the competition was no less fierce. Eventually GEEX evolved into our very own Salt Lake Comic Con, rivaling San Diego’s and even inspiring a lawsuit. It’s just a shame the gaming community couldn’t find the same success there. Salt Fest 2014 also lacked the slightly more polished presentation of SLCC. Salt Fest, too, had its share of woes—poor organization and a muddled identity paramount among them—but the fact that people still attended gave me hope for future conventions. Could Salt Lake Gaming Con rise above the shadows of doubt built by its predecessors?

The short answer is: No, not today.

The first day of any convention is typically the slowest. The main reason is because they usually take place on Thursdays, when the bulk of the interested public can’t attend. I didn’t expect the turnout to be staggering—mostly just die-hard gamers here for the tournaments. That proved true as I entered the South Towne Expo Center late this afternoon. I felt my excitement building as I walked toward the exhibit hall’s entrance. What wonders lay in wait on the other side?

Well, I’m not really sure. Most of the exhibit hall had various local vendors and a few indie developers. The southernmost section was an assortment of tables with vague indications of free play and upcoming PC gaming tournaments. There were different LAN hubs closely connected, but I had no way of knowing what any of it meant. It wasn’t until I met the Smash Tourney coordinator Tim Hansmann that I got my bearings. He pointed out each section and the games they provided, giving me invaluable information that a few banners or signs could have easily given to attendees, leaving coordinators like Tim with more valuable time for set-up and patron engagement. The nearby Gamers of Ra booth caught my interest, so I spent a round squishing skulls and spewing arrows in TowerFall Ascension before talking with Jeff McFarlane about what these guys are about. Gamers of Ra is a social networking hub designed specifically for the Salt Lake gaming community. Looking to join a local Heroes of the Storm clan? Need some tips to improve your Call of Duty: Advanced warfare game? Gamers of Ra offers some pretty nifty tools to build a better community and they were all incredibly friendly and helpful. Building a profile through their website is pretty simple and has meta-game leveling system design. It isn’t anything revolutionary, but it’s really nice to see efforts like these to bring gamers together.

I spent the next hour skimming the vendor and artist booths. I met up with the guys at Flex Gaming Events to check in for the Halo 2 Classic tournament. I then spent the next five hours watching match after match of teams clearly outrank me. Round One saw 16 teams of two face off in a best-of-three, single elimination bracket. The rules were simple enough: Team Slayer on standard group maps (Lockout, Midship, Sanctuary), first to 50 kills or best score at 15 minutes wins. The biggest problem with that arrangement was length—15 minutes is a long time when only two teams compete simultaneously. It wasn’t until the semifinals when a competitor suggested halving the match quota that the organizers realized it was probably a better option. I had the opportunity to participate in the first round with my teammate, Keegan O., and see how very lacking my skills are. Our team, named Car Ramrod, went up against the Deadly Potatoes, and it took about 12 minutes for them to defeat us 2-0. Competition weeded itself out, but one team in particular made short work of all who stood in their path: Zone Logic. Starting at round two based on qualifiers, even from the beginning, Zone Logic wasn’t fucking around. Precision sniping and calculated teamwork demonstrated that crossfire is truly king. They proceeded to eliminate everyone else with a consistent 2-0 to the very end, claiming victory in the finals.

Overall, today’s event felt listless. The real perk of Salt Lake Gaming Con is the sense of community here. Today’s orchestration shed some light on the general planning and organization flaws, but the prevailing sentiment was to sit down with a group of friends, long-time or brand new, and play some video games together. The vendors were some of the nicest people I met. I hope that the rest of the weekend shapes up to match Utah’s burgeoning gaming scene; otherwise, we might not see any more attempts for a long time.