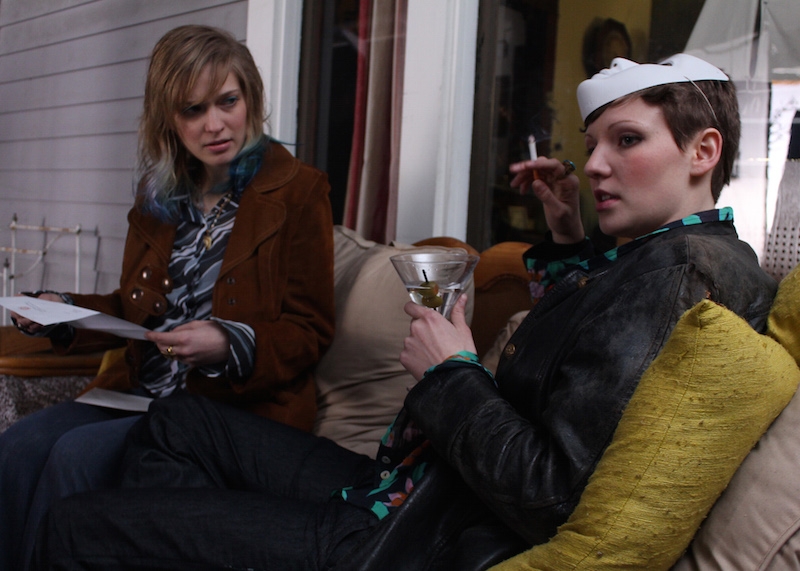 For Rachel and Mona, growing up requires letting go of the haunting memories of their deceased, cult-leading parents. Free to mature under each other’s care in their childhood home in the Pacific Northwest, the sisters have developed their own ways of coping—demure Rachel (Britt Harris) retreats into making music, while Mona (Molly Elizabeth Parker) escapes into performances of wild characters, such as the “Nazi androgynous cabaret dancer,” who wears a 10” strap-on dildo. When Mona brings a strange lover, Zach (Kurt Conroyd), home, the dynamics of the household shift, as he begins to assert control over their lives, forcing them to confront their own demons. A piano score (Kevin O’Connor) and Rachel’s dream pop guitar retreats to the basement (Erik Blood) provide Birds of Neptune with a brooding intensity that highlights the household’s rising tensions. Staying true to its homage of the PNW, Birds of Neptune also features songs from rising PNW bands such as Blouse, Chastity Belt and Warpaint. Dark and haunting, mark Birds of Neptune down as not to be missed. –Christian Schultz