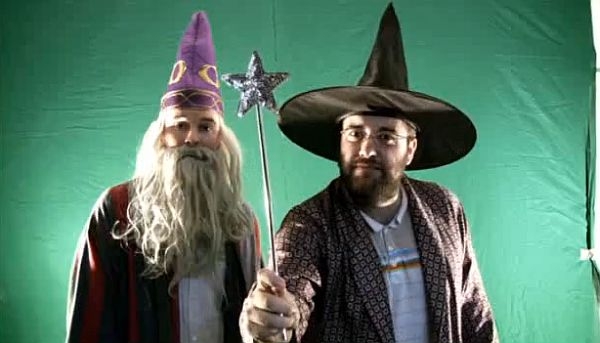 If I’m being completely honest, I’m a little done with the “found footage” types of faux documentaries. That being said, Wizard’s Way is able to move beyond the cliché it starts in because of the superb character portrayals provided by Kristian Scott as Julian “Windows” Andrews and Socrates Adams-Florou as Barry Tubbulb. The two are beyond spot-on in their representation of classic gamers, and their friendship-chemistry is wonderful to watch. The “documentary” begins with filmmakers Joe and Chris deciding to film Windows—who is “the Michael Jackson, but alive” of an old-fashioned (to say the least) computer game called Wizard’s Way—but when the games servers are unexpectedly shut down, and the game is lost forever, Joe begins to lose focus on what his and Chris’ documentary is actually about. With some great film humor when Windows and Barry attempt to discover the “healing power of cameras,” and from Joe mislaying his connection to reality, Wizard’s Way is certainly fun to watch. Actress Sadie Frost also shows up for a brief, but marvelous scene.