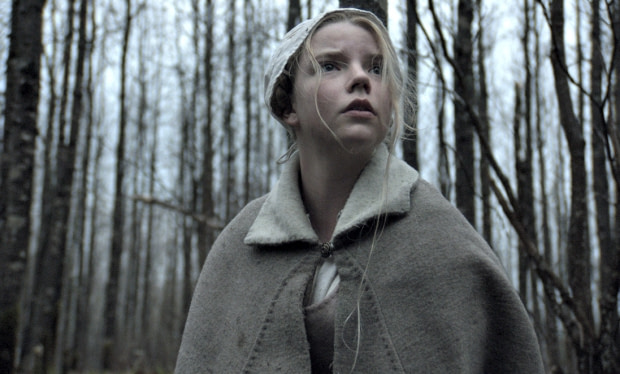 Period pieces don’t often serve as the backdrops for horror, which is actually a real shame. Consider The Witch, a story about a banished Puritan family trying to sustain itself on the edge of an ominous forest inhabited by a gruesome witch. The faithful representation of one of the most creepy time periods in American history makes all the difference here. The family’s dealings with the supernatural terror in the woods push their spiritual and physical endurance to the breaking point. Robert Eggers pulls no punches and makes no apologies in this film. The Witch’s scenes are steeped in primal dread, and each actor makes the audience feel the seams come apart as paranoia and mistrust begin to take their toll. While Game of Thrones alumni Ralph Ineson and Kate Dickie offer brilliantly raw performances as the family’s mother and father, it’s the film’s younger actors—Harvey Scrimshaw and Anya Taylor-Joy—who really shine. Scrimshaw captures the nuanced turmoil of being an adolescent male in a strictly religious family. As the oldest daughter who is blamed for the witch’s malevolent deeds against the family, Anya Taylor-Joy shows a surprising amount of risk and range in her performance. The film swings for the fences on all fronts. The performances are explosive, the tension is gut-wrenching, and the settings are nightmarish. To the horror films of 2015, the gauntlet has officially been thrown down. –Alex Springer