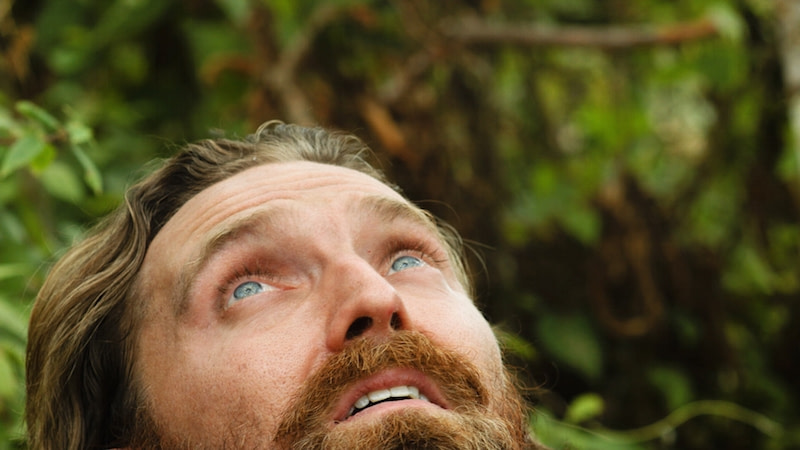 Looking for any sign of his lost love. Film: Things of the Aimless Wanderer, Photo: Kivu Ruhorahoza

Things of the Aimless Wanderer, a film in the New Frontiers section of Sundance programming, challenges traditional approaches to narrative filmmaking. This drama offers three disjointed accounts of what became of a disappeared black girl in an East/Central African country (likely Rwanda) after she had a fling with a white, American journalist/travel writer—presented as “Working Hypotheses,” each claimed to be based on a “true story.” Things of the Aimless Wanderer is delightfully confusing at first with a clear intention of being so to later recollect and concretize the opposing narratives of a black girl, white man and a suspicious African man. These hypotheses of what became of her serve to deconstruct paradigms of East African women in light of globalization and a new sense of their sexual volition in competition with oppressive, preexisting and traditional notions of female sexual freedom and illegitimate pregnancies. Things of the Aimless Wanderer requires a modicum of astute attention, but it’s well worth the investment. Ultimately, it’s a quite clever way to heighten our awareness of this East African sociological topic. –Alexander Ortega