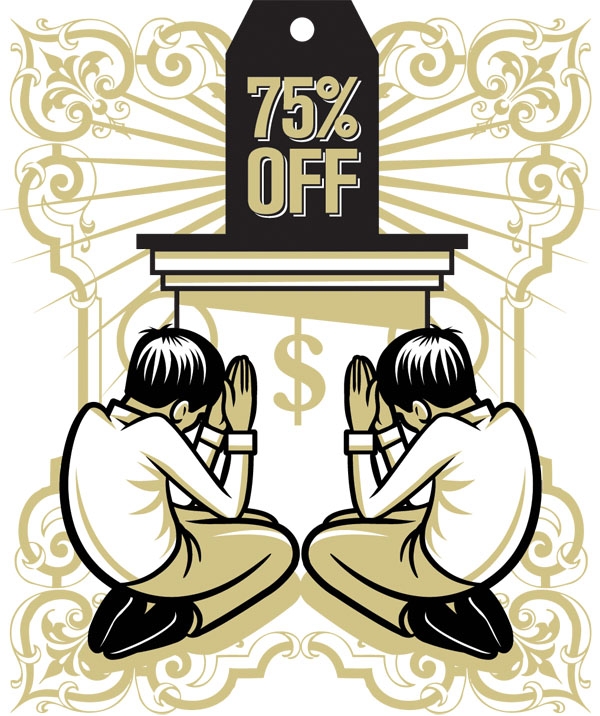 Fighting Back at Black Friday

In the early hours of  Nov. 28, 2008, more than 2,000 people gathered outside a Walmart store in Long Island, N.Y., where the doors were scheduled to open at 5 a.m.  Many had arrived there as early as 9 p.m. the night prior.  As opening hour neared,  the crowd became impatient and began to push against the sliding-glass entrance.   A group of employees stood before the doorway in an attempt to control and organize the crowd as they entered the store.  Before the doors could safely open, the glass and frame of the entryway buckled underneath the pressure of the surging crowd.  Video captured at least twelve people knocked to the ground as shoppers rushed the store.  Several of them were hospitalized, including a pregnant woman.  However,  Jdimytai Damour, 34, was not so fortunate.  He died underneath the stampede of hundreds of feet. Shoppers were heard complaining as they were asked to leave the store due to the fatality.  It was Black Friday, the day after Thanksgiving, the largest shopping day of the year.

Vancouver illustrator/cartoonist Ted Dave first conceived Buy Nothing Day in 1992.  According to him, the idea occurred while working a routine 40-hour-a-week job in a downtown Vancouver office.  “I was coming away at the end of the day,” he recalls in a phone interview, “and saying, ‘oh my god I just spent ten dollars on coffee and muffins again. What’s the matter with me? I’m a big boy.’”

“I’m working the first hour of my shift just to pay for the snacks I’m eating on my shift,” says Dave.  “I’ve got to get back to my lefty-paisley-punk roots.  Why am I not packing a sandwich to work?  Why am I not drinking the free tea they have at the office?”

He goes on to argue that it was also “just seeing the insipid advertisements around me all the time, when some ad campaign is irksome in its tone to you, treating you like you’re some kind of moron.  What can I do about this?”  Dave says, “it’s an idea about consumer reclamation of the marketplace.  If you don’t like it, don’t put your money in it.’”

Ted ran the idea by his cartoonist and musician friends.  They insisted he follow through.  Dave was also volunteering at the relatively young Adbusters magazine as an illustrator at the time.  He ran the idea by some of his acquaintances at the publication.  They too agreed that it was an excellent idea. In  fact,  Adbusters liked the notion so much that it adopted the message itself and began to promote the idea.

“The local independent business person has always been the first to embrace the idea.”

Buy Nothing Day had humble beginnings.  It certainly didn’t arrive at the recognition it now enjoys without a lot of commitment and hard work.  The first few years, it was primarily promoted with phone calls, faxes and flyers on the streets of Vancouver.  Soon it managed to reach Seattle, where graffiti was found advertising the event on the retaining wall of an ocean-side boardwalk.  A few years later, there were flyers on the streets of Vancouver before Dave and friends began to hang their own.  Initially, Dave was hoping that a 24-hour period set aside where nothing was purchased would eventually turn into an afternoon-talk-radio conversation piece.  His highest hopes included a free, local concert in recognition of the day.  “Obviously, I am beyond pleased that it’s had its longevity. And it does seem to gather momentum, largely due to its entrenched Web presence.”

An independent secondhand store named Echo in Vancouver opened their doors on Buy Nothing Day several years later.  The woman who owned the store converted to a barter system during store hours, and she has been doing it every Buy Nothing Day since then.  “The local independent business person has always been the first to embrace the idea,” says Dave. “It’s never been anti-consumerist, it’s anti-corporate.  It’s about consumer and manufacturer responsibility.  Let’s just take a deep breath and think about how we spend our money.  If you don’t want a Starbucks on every corner, stop shopping at Starbucks.”

“My mother always says, ‘Typical of you to come up with an event that will never bring you a cent,’” remarks Dave.

Eighteen years after Dave initially came up with the idea, Buy Nothing Day has spread to all corners of the world: places like Denmark, Australia, Japan and Israel.  Recently, it has been recognized in Africa and South America.  It has generated everything from art and protest to free meals and clothing exchanges.  There have been zombie walks through malls.  There have been public credit card cut-ups. There have been 24-hour fasts.  There is a prank referred to as “Whirl Mart,” where a group of friends “silently drive shopping carts around in a long, inexplicable conga line without ever buying anything,” as explained on the Adbusters webpage.  There are graffiti and flyers that appear as the day approaches.  In 1999, activists in Minneapolis dropped a 30 foot Buy Nothing Day banner in the The Mall of America.

“This year we are trying to become a little more edgy on Buy Nothing Day” says Kalle Lasn, editor and co-founder of Adbusters Magazine, “We want to call on a general strike where you fill up your carts and at the last minute decide not to buy anything. Start clogging up the system. Start getting a little more angry. We’re living in a moment where the future looks pretty bleak. We’re at a zero point of systemic collapse, with the temperature of the planet rising and the gap between the rich and poor getting wider.  To me this is exactly what is needed right now.  We need to start clogging up the system and push the point that this level of consumption simply cannot go on.”

Lasn admits that those who go out to demonstrate and prank are a small minority of the people who actually participate in the day.  “I think most people just make a pact with themselves.  They just say, ‘Okay, this sounds interesting, I’m going to try it.’ They vow that they are not going to buy anything for 24 hours. And for those people, many of them have a very powerful life-changing moment where half way through the day they suddenly want something like a cup of coffee.  They suddenly have a yearning for something.  And then they start to fight that yearning and come to the realization of this impulse to satisfy any desire they suddenly feel.  This is a very powerful impulse and it is very hard to go against that impulse.  They go on to realize that their lives are actually fueled by these impulses.  They eventually make it through the 24 hours and say, ‘fuck, that felt great!’  Buy Nothing Day is, for a lot of people, a day when they wake up from the media consumer trance and start living a different kind of life.”

However, Lasn does insist that “sitting home and reading a book” on Buy Nothing Day is not going to accomplish what needs to be accomplished.  “The big task is to change our culture.  It’s going to happen when people wake up to the fact that Black Friday is a horrible ritual.  It’s not appropriate to the 21st Century.  For 300 million Americans to get together every Black Friday, the day after Thanksgiving, and have this horrible pig out belongs to some old culture that we have to give up now.  It’s the 21st Century and we are dealing with climate change.  We’re trying to reduce our carbon footprint.  We can help do that by going out and clogging up the system and everything in between. I think that Buy Nothing Day is a fantastic event.  We can come up with ways to change our own lives along with symbolic gestures to begin to change our culture.”  Lasn admits that Buy Nothing Day is just a small part of a larger movement.  However, he also insists that it is a powerful one. 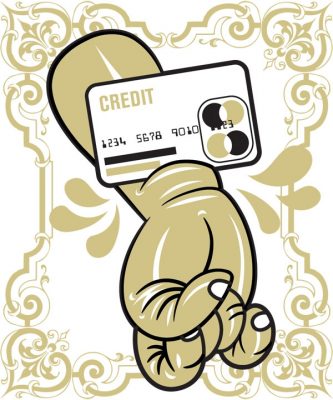 Here in Salt Lake City, Deanna Taylor has participated in Buy Nothing Day since 2001.  Initially, she and other like-minded people would gather outside the shopping malls in downtown Salt Lake on Black Friday.  They would sing anti-Christmas carols (an anti-consumer message sung to the harmony of a traditional Christmas song,) and would distribute literature that promoted recycling, reducing and reusing, part of the Buy Nothing Day message.  After a few years she became a little discouraged with the results of the activity.  “While it was a fun, interactive type of direct action, people were in too much of a hurry.  They didn’t stick around long enough to hear what we were saying.  The literature we passed out would be tossed to the ground.”

She heard about a coat exchange that an activist colleague, and fellow Green Party member, was regularly organizing with success in Rhode Island.  Need a coat? Come get one. Have a coat? We know someone who can use it.  “When I heard about that, the light bulb turned on.  I knew that is what I wanted to do on Buy Nothing Day.”  In 2006 she started a coat exchange here in Salt Lake. “There’s a big hole now where w did it our first year,” referring to the fenced off pit on the corner of 2100 South and 1100 east in Sugarhouse. “We did it outside the doors of a store called Free Speech Zone.  We collected roughly 200 coats and gave away 100.”

“Start clogging up the system. Start getting a little more angry. We’re living in a moment where the future looks pretty bleak. We’re at a zero point of systemic collapse, with the temperature of the planet rising and the gap between the rich and poor getting wider.  To me this is exactly what is needed right now.  We need to start clogging up the system and push the point that this level of consumption simply cannot go on.”

The coat exchange was then moved to Library Square Plaza in Salt Lake, where last year 700 to 800 coats were collected and 600 were given away.  The excess is donated to The Crossroads Urban Center Thrift Store. “We have community partners that participate every year.  Next year, (2010), we plan to expand into Ogden.” This year, the Salt Lake City event will take place at Library Square between 10 a.m. and 2 p.m. on Friday, Nov 27.  Also there are several drop-off locations. “It gets all sorts of people in the community involved,” says Taylor.  “This year it is as important as ever.  These are sluggish times and entire families are in need of help.”

More information is available at: www.coatexchange.org or by contacting Deanna at 801.631.2998.

Buy Nothing Day is often criticized with the argument that you simply resume spending your money on the following day.  However, if you pay attention to the people who observe it, it’s much more than that.  Whether you are pissing off the manager of a big box store or exchanging goods freely, whether you are hanging flyers, holding signs or sitting at home with a good book, it’s a day to reconsider how and where you spend your money.  It’s a day to recognize that the Earth’s climate is changing and our collective financial and lifestyle choices have consequences. It’s a day to clean out the closet and give what you no longer need to charity.  Its a day to turn off the television and zip your wallet.