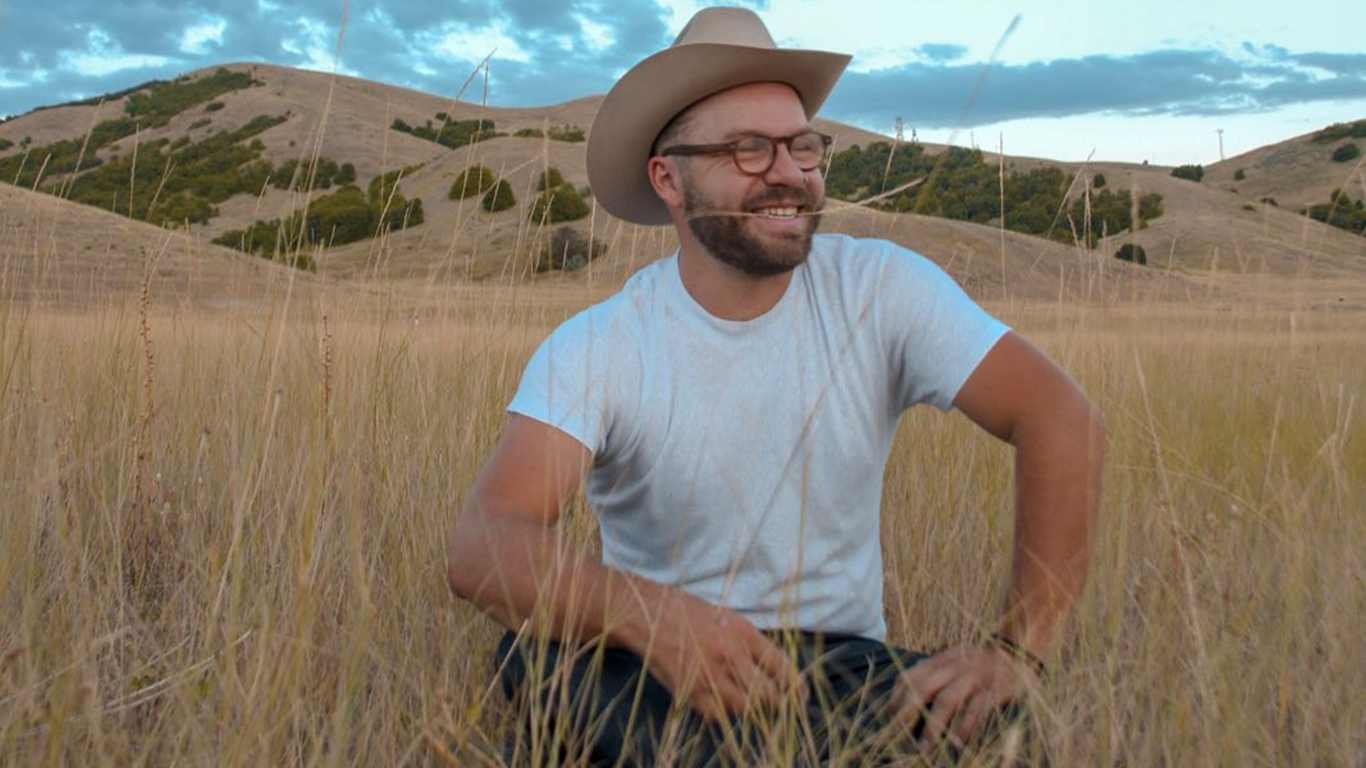 Brent’Lee K Williams has a long name and a long vision for how local small businesses can spring back after the effects of the pandemic. A jovial, impassioned and delightfully eccentric character, Williams is downright pontific as we chat onscreen while he’s parked outside a building about to be explored as a possible near-term, brick-and-mortar home for his greenhorn business. Having started life in Kansas City, Missouri, under the eyes of parents who have been jacks of many trades—including professional clowning, masonry and farming—Williams embodies an entrepreneurial spirit. Williams’ eclectic beginnings add a dash of personality to his coffee truck, including balloon animals he crafts for children on the weekends. It’s touches like that which make Old Cuss Coffee truck a roving charm in our city.

Williams began his barista career in his late teens, between stints at a local shop and a significant tenure of several years at Starbucks (including as a manager), wherein he realized the problems with the mass-market model of coffee shops. “I worked for a small, family-owned nonprofit shop in Kansas City, and that was my first time being a real barista,” Williams says. “I knew that I wanted to open a coffee shop when I realized I loved customer service. It took me from 17 until 30 to open it.”

Upon moving to Utah with a former significant other, Williams recognized, post-breakup, that he had a dream to fight for after having dedicated his time to supporting the dream of his ex. “I had several business partners,” he says. “In March 2020, we were going to sign a lease on a shop under a different name. Then suddenly, COVID hit. We didn’t sign the lease, one business partner dropped, and in June, the other left, too. I lost my day job with COVID. My business partners did, too. I eventually decided on Old Cuss as the new name, and we chose to open a coffee truck. We started building it in June,” Williams says. Just one day after the truck was completed, Old Cuss came to life on Sept. 3, 2020.

“It’s so much harder than folks think.”

Williams recognizes the tension of having started a food industry business in a pandemic. He’s unvarnished about the troubles and the joys, refers to himself as an “open-book human” who is especially willing to speak to the struggles of the past year and ongoing. “Back in Kansas City, one of my buddies has had to close three of his five coffee shops,” Williams says. “Businesses are afraid to talk about it; this is not what they signed up for. It’s so much harder than folks think. Most places are running on about 30% of what they made in 2019 trying to keep all the employees they love. The owners are going to stop paying themselves, work more, cut hours … and they might still not stay open.”

There’s plenty of bright spots for Williams and his ilk as well. His mission of late has been to survive collaboratively with other small businesses around the valley, including his favorite brands and foodie cohorts such as Nomad Eatery, Hello!Bulk Markets and Salsa del Diablo, as well as other one-off local coffee shops. “Other shops have come through for me—like District, Futures, Blue Copper and Pinyon coffee truck. To watch those folks go though this and still see them serve with a smile is remarkable,” Williams says with his usual, massive smile. “We are not out of the woods. We need our people. Everyone wants to be important … now is the chance. Every human is the most important they have ever been because their dollar has more power than ever. Where you spend it makes a difference.”

Williams strives to keep a weather eye on the future of Old Cuss. New products and seasonal drinks are already in play, with expansions ahead. Hand pies, new drink offerings and 98% of all products being made with vegan ingredients are close at hand. “We are piloting to the speciality of our coffee, like our current Gingy or Chocolate Cherry latte,” Williams says. “Each month, we’ll have three new, house-made syrups for our lattes!” Williams crafts his syrups himself with local and organic ingredients and a heap of love. Incoming for February are raspberry cheesecake, chocolate rose and more. Having sampled numerous of Williams’ offerings over the months since opening, I can attest to the delicious thoughtfulness he puts into his drinks, several of which are also non-caffeinated.

“I am so honored by the customers—I’ve never had them like the ones I have now.”

At the time of our talk in early January, Williams is about to embark

on a collaborative storefront location with another beloved local-food business this spring. “Collaboration is everything right now,” he says. “I feel I am supposed to open with someone else so we can help each other through hard seasons. I’m not sure I’m ready, and I’m going to do it. Old Cuss is going to be in Salt Lake for a long time, and I am so honored by the customers—I’ve never had them like the ones I have now, the most supportive, kind people. Every time I close up each day, it’s bittersweet to leave them.”

Williams and his Old Cuss Coffee truck can be found for flawless coffee pairings 8 a.m.–2 p.m. on each of the following days: Saturday and Sunday at Nomad East at 1675 E. 1300 South; Tuesdays at Hello!Bulk Markets at 355 N. 500 West; and Fridays at the Hardware Apartments at 455 W. 200 North. As time and the truck roll on, Williams and his wonderful treats will be found more and more across our city as we all peek our masked faces out from the cave of COVID-19 and start focusing on healing and moving forward.

Follow Old Cuss on Instagram @oldcusscoffee for regular updates, including their specialty drinks and other gustatory delights!