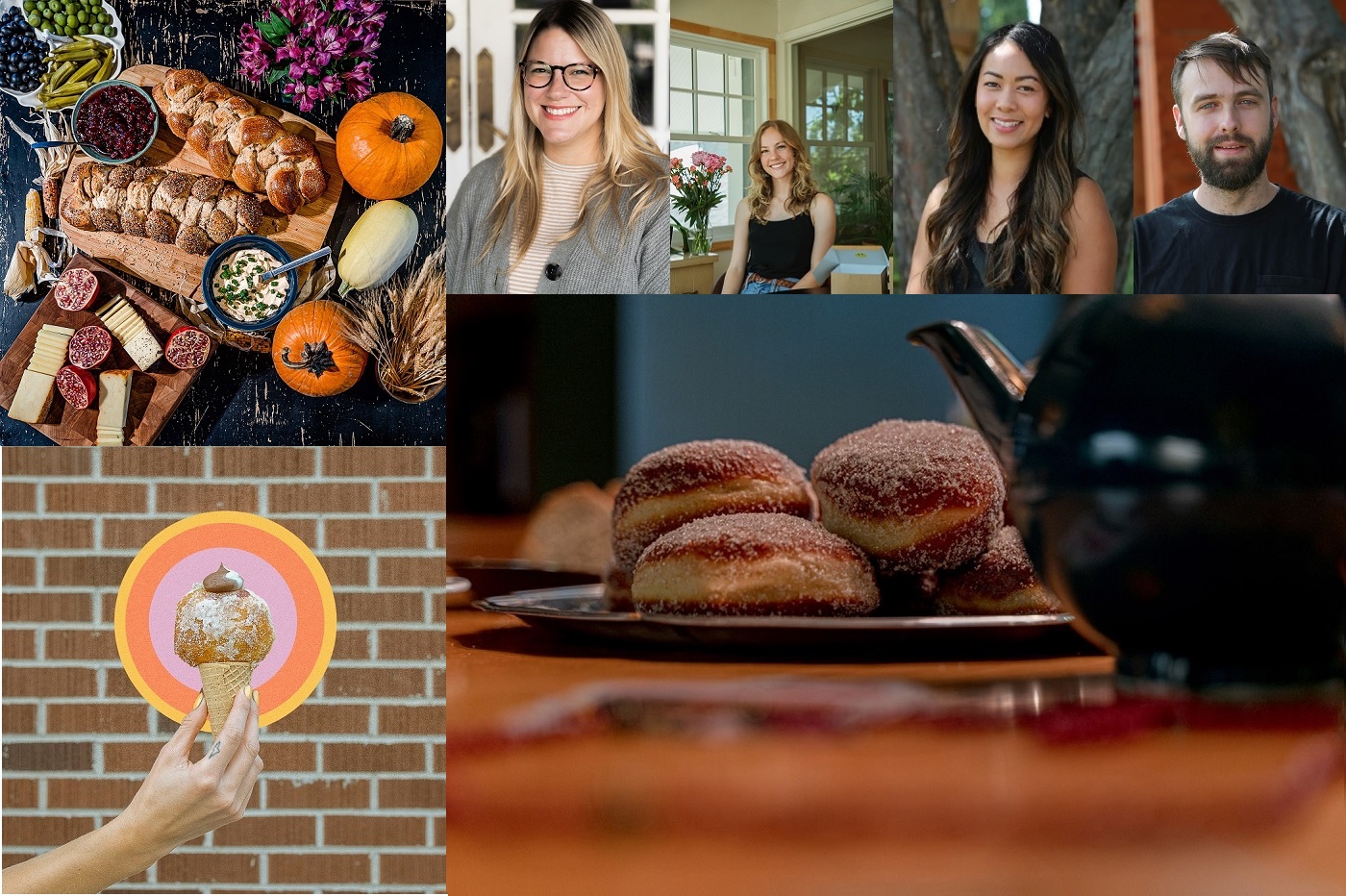 Rolling With It: How Three Locals Turned to Baking During a Pandemic

Across the world, mid-March of 2020 was a life-altering time. Within the span of what seemed like mere minutes, Tom Hanks tested positive for COVID-19, the NBA shut down and millions of individuals in the United States faced the stressful and disheartening realization that they would lose their jobs. While many are still managing the day-to-day economic and mental health struggles of living through a pandemic, some have found unique ways to make ends meet.

Not knowing quite how long shutdowns and stay-at-home orders might last, Thy Mims of Mims SLC, Britt Jursik of Challahback Dough and Mandy Madsen of Mad Dough all pivoted to selling baked goods during the pandemic. For these three, after working various roles in food and hospitality, transitioning into offering breads and doughnuts came as a natural and obvious choice to create revenue streams when bars and restaurants were closed or at limited capacity.

“The initial impetus was definitely out of necessity,” says Mims, who creates artisan bread and doughnuts with her husband, Tripp. “As passive bakers with food knowledge from working in the industry, we thought it could be a great way to make some income while all the restaurants were closed. We also noticed that finding fresh food was kind of difficult, especially back in March and April. We wanted to make sure people in our community had access to fresh baked bread because it can be that one simple, special item that brings a meal together and provides comfort.”

“The initial impetus was definitely out of necessity.”

For Madsen, a graduate of the Utah Valley University Culinary Arts program, Mad Dough and her Bismarck-style doughnuts had been a dream even before COVID-19 hit. When she lost her job, she knew it was the right time to make her business a reality. “I had some fears, but my intuition was screaming at me,” says Madsen. “I knew it was going to work. I got started by deliveries to friends and family for free. They posted about it and the next week I started selling them.”

Challahback Dough owner Jursik says she’s the kind of lady who insists you eat more. Her business began with the encouragement of friends and by spreading the word through social media and in giving away dozens of loaves of challah bread. “It was my only skill I could execute from my home and safely distribute the goods without contact,” she says. “I’ve been making this specific bread for years. I guess you could say I found joy in baking and always considered it a good way to relieve stress after a long day of work.”

That relief of stress has parlayed into supporting community organizations such as the COVID Community Produce Box, which once asked Jursik if she might be willing to bake 300 loaves for those in need. “Looking back, I probably should have used loaf pans and made things easier but I wanted to braid it,” she says. “I did it in two days with the help of my friend Claire. On the second day, I was behind and had to make 185 loaves. I worked 21 hours that day and really tested my limits.”

“I found joy in baking and always considered it a good way to relieve stress after a long day of work.”

Among time constraints, taking care of family members and continuing to cope with their own feelings during the pandemic, the challenges of learning how to run a small business presented plenty of opportunities to grow day by day. “I think one of the greatest challenges when we first started was just trying to understand the logistics of everything we were doing,” says Mims. “Making sure to track the expenses of the business and the revenue properly. Also just kind of the unknown [of] if we were going to be able to make it into the next week. I was tracking everything through a spreadsheet, and inevitably would make a mistake here and there. Having to tell patrons that I messed up their order was awful for me, but everyone was always so understanding that it got easier and easier.”

Of course, there was a span of time when baking ingredients, like bread flour and active dry yeast, became particularly difficult to find in supermarkets. Mims says that she was careful to not hoard supplies when she knew others were trying to bake at home as well. Madsen notes that she experienced difficulty finding yeast, but that others showed up and provided her with some when she was in need. For Jursik, the answer to long lines at Costco was heading to a much smaller restaurant supply store.

“It’s about fulfillment through breaking bread with loved ones.”

But with challenges come great successes. Madsen cites an increased social media following as an accomplishment that lends directly to increased orders. “We started at the end of April and already have over 3,000 followers,” she says. At the time of writing, Mad Dough has almost 4,000 followers on Instagram.

“One big marker of progress for me was when I got the website up and running at the end of August,” says Mims. “I was at my wits’ end with manually entering in everybody’s orders. I also think that another marker of progress (or success) is when we sell out on a particular day. It really is so exciting for small business owners to be able to say, ‘Oh my goodness … I sold out.’”

Each of these three has become a community favorite by actively collaborating with other local businesses and organizations like Salt City Kitchen, Normal Ice Cream, The Bearded Lady, Mother, A Mano Pasta and Blooms & Co., often teaming up to bundle offerings or share resources.

Luckily, each of these three businesses has dreams of expanding into brick-and-mortar locations of their own, with increased production, employees and offerings. For now, Mims SLC, Challahback Dough and Mad Dough are bringing joy and feeding the emotionally exhausted masses of Salt Lake City.

“It’s about fulfillment through breaking bread with loved ones,” says Jursik. “We’ve got to be forgiving these days and a good gift to one another is the gift of front porch bread.”

Find these three at mimsslc.com, @challabackdough on Instagram and maddoughslc.com for delicious baked goods and to keep up with their community partnerships.