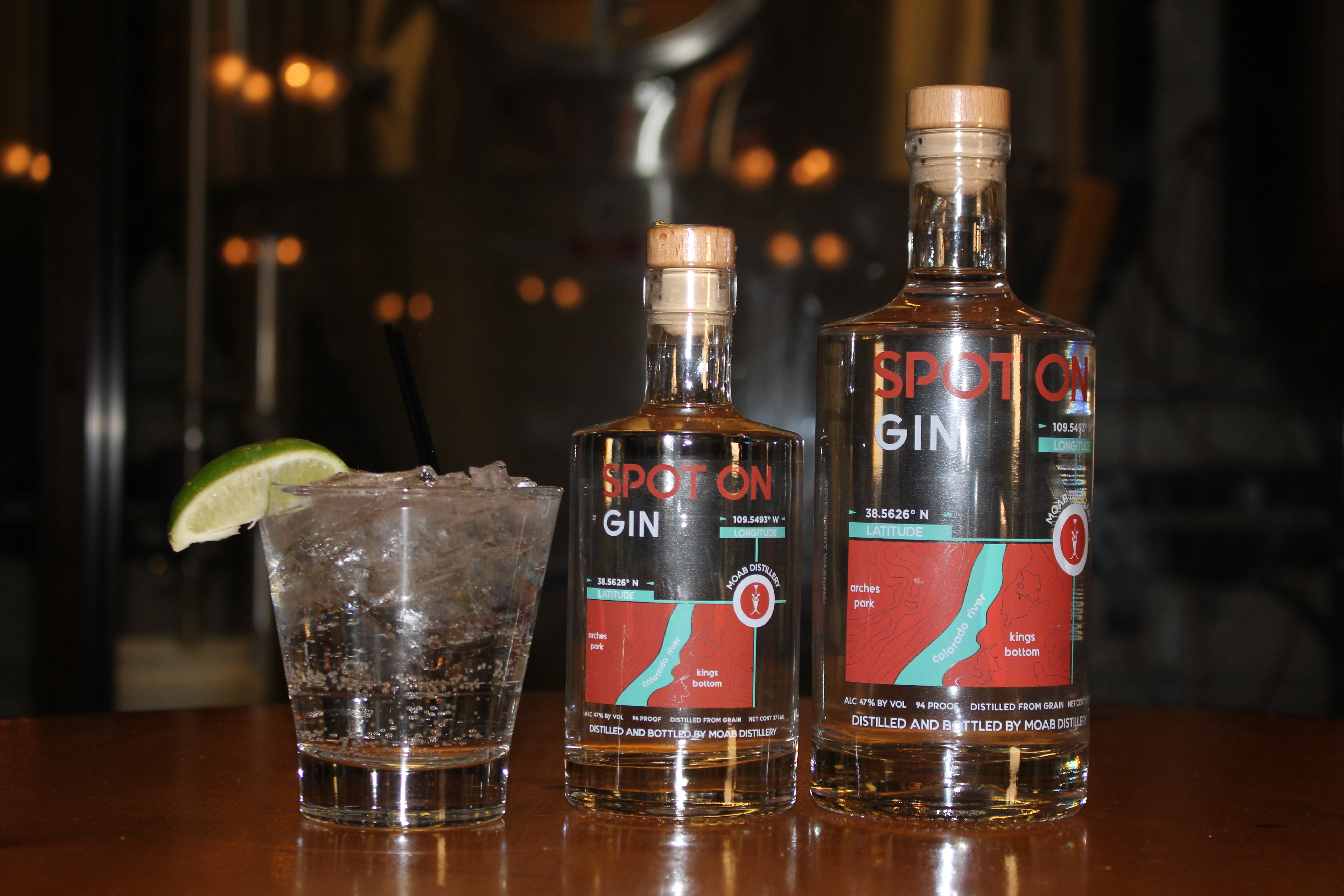 Amid the late-’90s craft beer boom, John Borkoski and Dave Sabey decided to create the self-proclaimed “oasis in the desert.” Utahns know and love it as Moab Brewery. Over two decades, the brewery has established a solid reputation via Dead Horse Ale and an array of fellow beers and well-paired cuisine. After years of contemplation on how the business could grow and provide even greater products to the area, Owner and Operations Manager Borkoski and Head Brewer Jeff Van Horn dove headfirst into the call for Moab Brewery to stretch its solidly fastened roots. “With [Van Horn’s] knowledge in the beer industry, we knew he would make a great distiller. We feel with Jeff’s knowledge and his passion for brewing and distilling that his product is award-winning!” Borkoski says, “We have always been cutting-edge in the beer industry and knew there was a niche in the distillery industry. We have found that niche and are very proud of our new spirit selection.”

The creation of Class 5 and Spot on came with more than careful distillation. Every aspect of the alcohols hearkens to the culture and geographic awe of Southern Utah, a trademark Borkoski and his co-creators have upheld since the inception of the Brewery in 1996. The imagery, language and topography of Moab suffuses through the distillery’s offerings via locally sourced ingredients and cleverly crafted labeling, meant to evoke and attach to the deep and longstanding fandom of the land. “Keeping in mind Moab’s location, we tried to be creative with both the Class 5 and Spot On logo and verbiage on the bottle to highlight the area that surrounds us,” Borkoski says “Everyone needs a cool cocktail when it’s 105 degrees.”

The first of the distillery’s offerings was Class 5 vodka, named after the intrepid flows of winter snowmelt in Cataract Canyon. Following their first creation came Spot On gin, made from the naturally filtered waters of the local La Sal Mountain Range. Similarly to its companion spirit, Spot On derives its spunky moniker from the often hard-fought victories of recreational enthusiasts testing their mettle on Moab’s tricky and slick trails. Describing the decision to fire up their stills with these two clear, clean offerings Borkoski says, “Both vodka and gin do not have to be aged, so we felt coming out of the chute that these would be great products we could bottle immediately and offer our customers. With Jeff [Van Horn’s] experience in formulating recipes and his creativeness with gathering knowledge in the spirits industry, we knew it would be a homerun … and it is!”

Borkoski and his comrades took their grassroots, homegrown mentality to heart in conjuring and vetting their new cocktail-ready offerings, inviting brewery regulars to become the first to partake of the beginning run of Class 5 and Spot On. “Our customer feedback has always been awesome regarding our beer section. Once word got out that we were intrigued in distilling our own products, our customers were nothing but positive and excited,” Borkoski says. “Customers at our bar are the first taste testers, and we have had  great feedback in regards to our spirits.”

That collaborative culture has translated to the staff, who have been awash in awareness of how to cultivate a competent product and venue for the community. “We are constantly educating our staff of over 100 employees with distillery tours and the processing of how it all formulates. In doing so, they’re able to educate our customers [about] that process, and the end result is a great product.”

Moab Distillery is in a growing phase, with new offerings on the horizon—and you can find them and Moab Brewery at SLUG Mag’s Brewstillery Nov. 17 at the Union Event Center. Borkoski gives a glimpse into their upcoming palliatives: “Soon we will be releasing a Blue Agave blanco,” he says. We also have a single-malt whiskey aging along with a barrel-aged gin. We do have some other tricks up our sleeve that we will be introducing in the future!” Though somewhat tight-lipped about these new treats, Borkoski offers a savory suggestion for a house cocktail and cuisine pairing with Class 5 and Spot On, respectively, “Best Damn Bloody Mary pairs well with the New York Steak dinner. Spot On is the Gin-a-Rita that pairs well with our Pistachio Crusted Chicken with habanero sauce.” With selections such as those, it’s as clear as the spring floods in Cataract Canyon that Moab Distillery means delicious business and intends to offer the Utah craft liquor culture a spirited new selection.