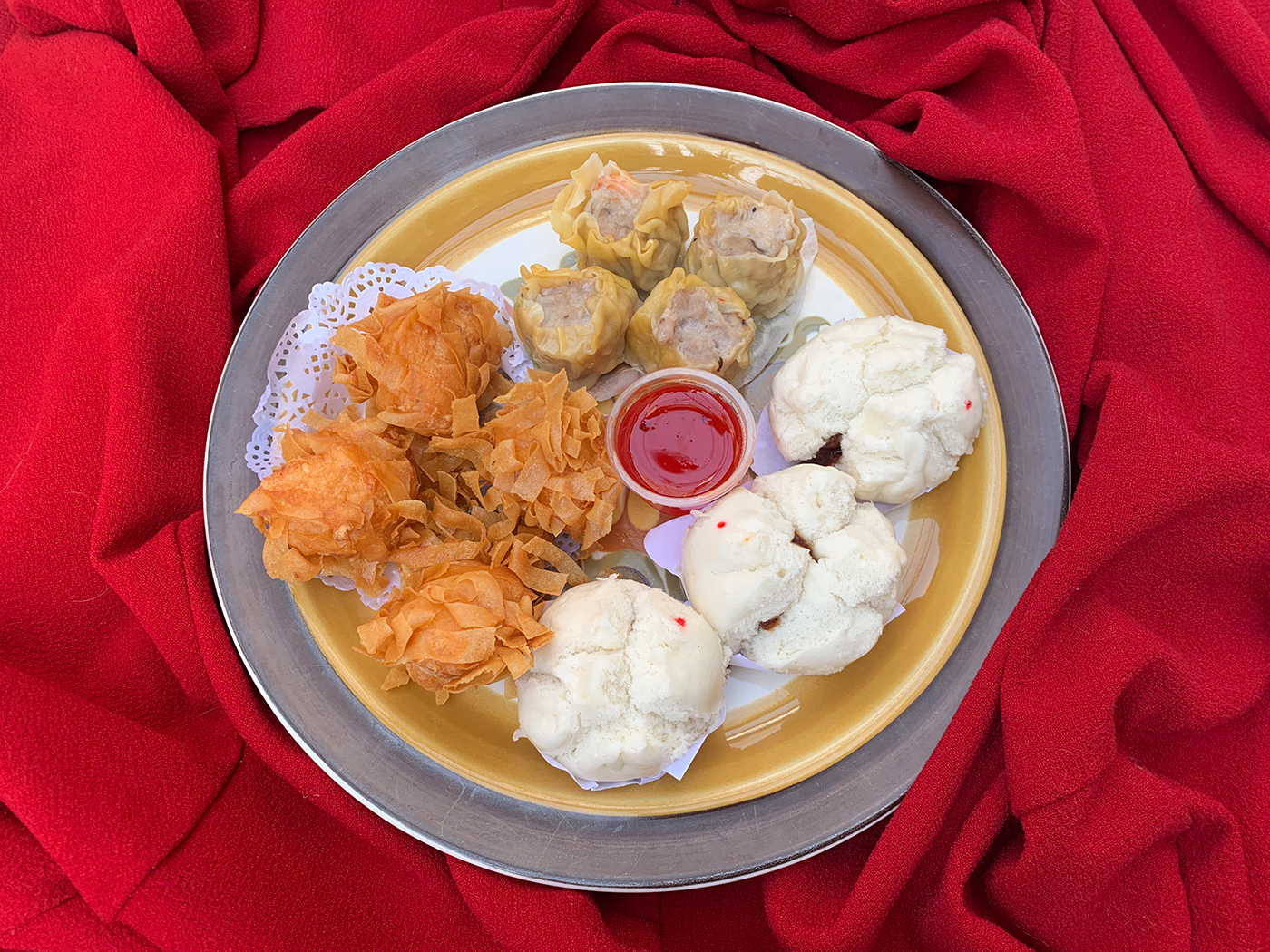 When I set out for Hong Kong Tea House in downtown Salt Lake City, I didn’t know  I was driving toward a comforting feast that would fill my stomach and calm my winter day anxiety—but it certainly did. This great dim sum spot made for a delicious lunch that was perfect for improving a windy and dreary December day.

I ordered my food over the phone, and with my spouse driving, we went to pick up our lunch, which Hong Kong Tea House serves until 3 p.m. every day. The original plan was to drive home and eat there, but the food smelled so good—and most of it was so portable—that we couldn’t withstand the temptation of eating with our hands on the windy drive back home. Paired with the folky sounds of John Prine, these dumplings made for a perfect pick-me-up.

The compact dumplings made for easy eating and tided us over until we got home and tried the less car-friendly sesame chicken. Everything was hot, fresh and brought complexity in texture and flavor that was so fun to eat.

We started with the Fried Shrimp Balls ($5 for four), and they were the perfect start to our meal. The fried balls were surrounded by crunchy strips of wonton wrappers that made for a cute, golden-brown veneer, giving us sneak-peeks of the shrimp inside. The outside was so crispy that on the first bite it burst, letting the filling of moist, flavorful shrimp escape onto my tongue. These came with a sweet-and-sour sauce that carried an undertone of warming spices. The only downside to these fried balls was that they were a little messy, but they were so good that I was committed to tracking down every crumb as they spilled back onto the takeout container and into the folds of my sweatshirt.

A softer offering came in the form of the Snow Pea Leaves Dumplings ($4 for three). Encased in a translucent, white rice–paper exterior that showcased the dark green snow pea leaves and a whole pink shrimp, these dumplings were incredibly soft with a light bite offered by the shrimp. The greens were slightly bitter, which brought a great balance to the sweetness of the shrimp and the slight nuttiness that hit at the end of the bite.

“Lighter and less sweet than many desserts, the fried sesame buns quietly beckon you to try just a little more.”

Another steamed choice are the Pork Dumplings ($2.95 for four). These little dumplings were bite-sized and tasty. The pork inside was well seasoned and had the slightly bouncy texture of a sausage mixed with onions and bits of savory mushrooms. The outer wrapper was so soft that it melted in my mouth and gave way to the tender pork. The overall flavor was reminiscent of family dinners with meat and stuffing, something comforting and familiar.

The last bits of savory dim sum I ate were the Steamed BBQ Chicken Buns ($2.95 for three). These dumplings consist of a more breadlike dough and a meaty filling. The bread is steamed, white and sticky, with little cracks that reveal the red-brown barbecue chicken enclosed within. The sweet and almost floral bread pairs well with the savory tartness and slight spice (though no heat) of the chicken. The chicken itself is tender but still firmer than the bun, allowing it to bring a little contrast to the feel of the complete dish.

As it turned out, we needed to try our dessert on the way home as well. The Fried Sesame Buns ($2.95 for three) are light-tan balls with sesame seeds coating the outside, creating a crisp exterior in contrast to the interior, which encases a gooey and sweet sesame paste in its soft and slightly chewy bun. This dumpling has a slight sweetness that builds as you eat it and is almost peanut-buttery in flavor, touting toasty notes from the fried sesame seeds. Every bite is texturally complex as you get crispness, chewiness and the pleasant stickiness of the center. Lighter and less sweet than many desserts, the fried sesame buns quietly beckon you to try just a little more.

Upon arriving home, we finally broke into the Sesame Chicken Lunch Special ($6.99), which comes with ham fried rice, an eggroll and two fried wontons. By this time, we were honestly pretty full but still willing to try the last few things from our lunch. The egg roll was crispy, sweet and savory, with notes of honey that complemented the bitterness of the encased vegetables. Nestled under the egg rolls were the wontons and lightly breaded sesame chicken. Together with the wontons, this made for a texturally interesting bite—the sweet-and-savory sauce provided tang and moisture to the crispness of chicken and wontons. The sauce also provided a sticky surface to the chicken, making it easy to eat the ham fried rice and chicken in a single bite.

Hong Kong Tea House is a great local spot for comforting food that will make you smile even on the dreariest of days. Give them a try next time you’re craving something savory and delicious.