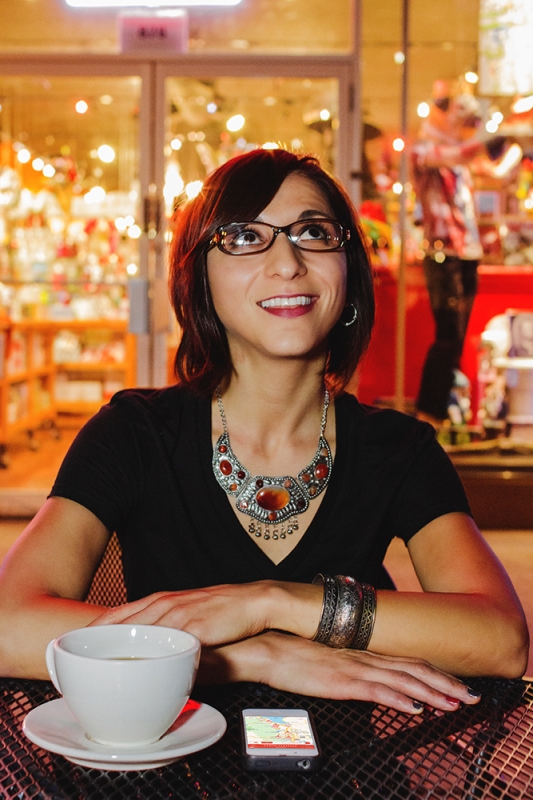 A few months ago, I wrote an article about some of Utah’s finest food trucks. Although combing through the Twitter-verse to track down a specific truck was a time-consuming process, it was a situation in which I often found myself: hungry, in an unfamiliar part of town and not really wanting to hit up a fast food joint. Unbeknownst to me at the time, there was an app that could have made my food truck odyssey more efficient. It’s called NomNom Finder, which uses GPS technology to show its users where food trucks can be found and whether or not they’re open. The app was conceived by local, independent product development manager Hala Saleh, during a Startup Weekend in Provo. “On my way down, I had a few ideas, and a food truck finder was one of them,” Saleh says. “I initially felt silly about it, but when I got there and saw that the organizers of the weekend were giving out food truck bucks and I saw the enthusiasm of the attendees, I thought that the timing was perfect.”

When NomNom Finder was voted fan favorite at the Startup Weekend, Saleh’s team earned some serious press and bragging rights, as their story was picked up by KSL. “We decided that we needed to launch and go live before we went on TV,” Saleh says. From there, they have continued improvements on the app and let it evolve into something that both diners and food truck owners can use as their go-to location finder.

After playing around with the app myself, I was initially surprised at how many food trucks were operating in Utah. Not only does the app provide their locations, but it will tell users whether a truck is open or if it’s currently in transit. Since app users are likely to be famished and short on patience when they fire it up, NomNom Finder’s interface is lean and straightforward. Each truck pops up on a map, and all a user needs to do is tap on their icon to see what type of food the truck provides, their hours of operation and a link to their website. This information is gathered from the food truck operators themselves, who are able to update their information and locations through their own interface. My favorite aspect of the app was the ability to filter between trucks that are currently open or trucks that I have saved, making the search for local vittle even more efficient.

Saleh’s team has conducted outreach campaigns to try to build interest out of state, and there have been pockets of food trucks that have signed up with the app in Florida, Michigan and California as a result. “We have about 4,000 downloads so far, and around 800 active users,” Saleh says. “We also have about 75 trucks registered, with 40 to 50 of them actively using the app.” While the app is still in its early stages, Saleh’s team has kept much of the focus here in Utah, but app use has taken a life of its own in bigger cities like Los Angeles. As NomNom Finder is still in a developing stage, there’s a lot of room for future expansion. Chief among Saleh’s priorities is making contact with local event organizers and venues to help build some kind of partnership with fostering food-truck-friendly events throughout the city. “We’re currently thinking about communicating with the Gallivan Center and seeing if we can help coordinate their Food Truck Thursdays,” Saleh says.

Though NomNom Finder is a great way to navigate through our pantheon of urban food trucks, it has the potential to be the ultimate road trip companion. One of the things that I love the most about road tripping is eating at different restaurants, but it’s often hard to find that one haunt that has gathered a hardcore following of locals. Food trucks that have stayed in business for an extended period of time often exemplify those same characteristics. If I had an app that told me where and when I could cash in on some authentic food truck cuisine, it would definitely encourage me to go a bit further than that Subway/Flying J monstrosity off the interstate.

NomNom Finder is available for iPhone in the App Store and for Android via Google Play.