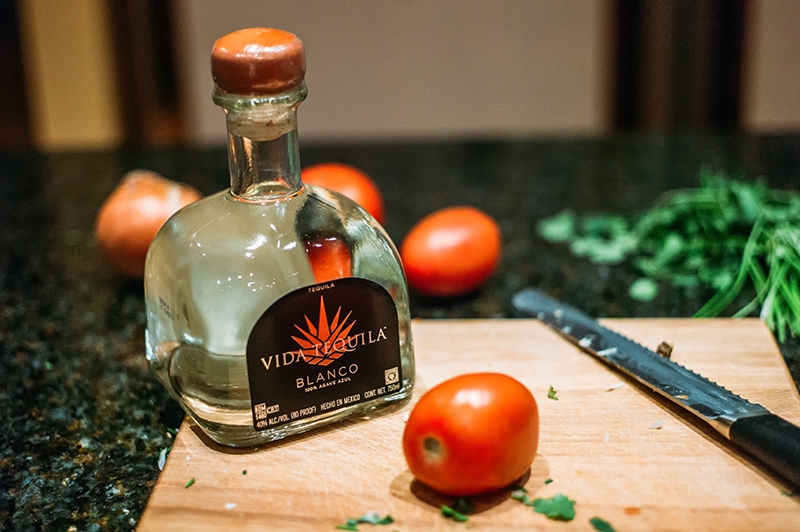 All the tequila disappeared. There had been three brand-new bottles of top-shelf spirits on the kitchen counter only moments before, yet they sat empty after a few quick minutes. The room was filled with academic types from the U of U and other distinguished-looking people, yet they had jumped on the stuff like it was a frat party on campus when it was actually a swanky private event on South Temple. Lesson learned—don’t delay when the free tequila is brought out.

The event was hosted by Artes de México en Utah. The impetus was the release of a book by U of U Assistant Professor Marie Gaytán called ¡Tequila! Distilling the Spirit of Mexico (great title), published by Stanford University Press. The book chronicles the history of Mexico’s favorite hard drink. The event organizers had enough foresight to realize that talking about tequila without drinking any would be like dating Carrie Fisher and never asking her nicely to try on the Leia costume.

The tequila tasting was provided by Lisa Barlow, co-owner of Draper-based company Vida Tequila, which is lovingly hecho en México. They provide three distinct styles of high-quality 80 proof liquor. Of their manufacturing process, she says, “What makes our tequila so good is that we cut the heads and tails during second round of distillation on all three styles of our tequila. We only bottle the best part of the distilled goods. We wash all of the bottles to sterilize them with the same kind of tequila going into them, so the flavor is never augmented.” SLUG positively reviewed their silver tequila, Blanco, in the past.

The presentation by Marie Gaytán was entertaining and informative. Being a professor, she couldn’t help herself from issuing a pop-quiz on tequila. Thanks to some Wikipedia fact-cramming an hour before the event, this attendee won a free shot glass. Viva la pop quizzes!

Eduardo Arnal, Mexico’s consul to Utah, was in attendance. At one point in the presentation the distinguished and well-spoken politician chimed in, saying, “There are two things you need to know about tequila. The first is that, unlike 200-year-old bottles of cognac, there is a limit to the benefit of aging tequila. The second is … well, I don’t remember. And that is what happens when you are drinking tequila.”