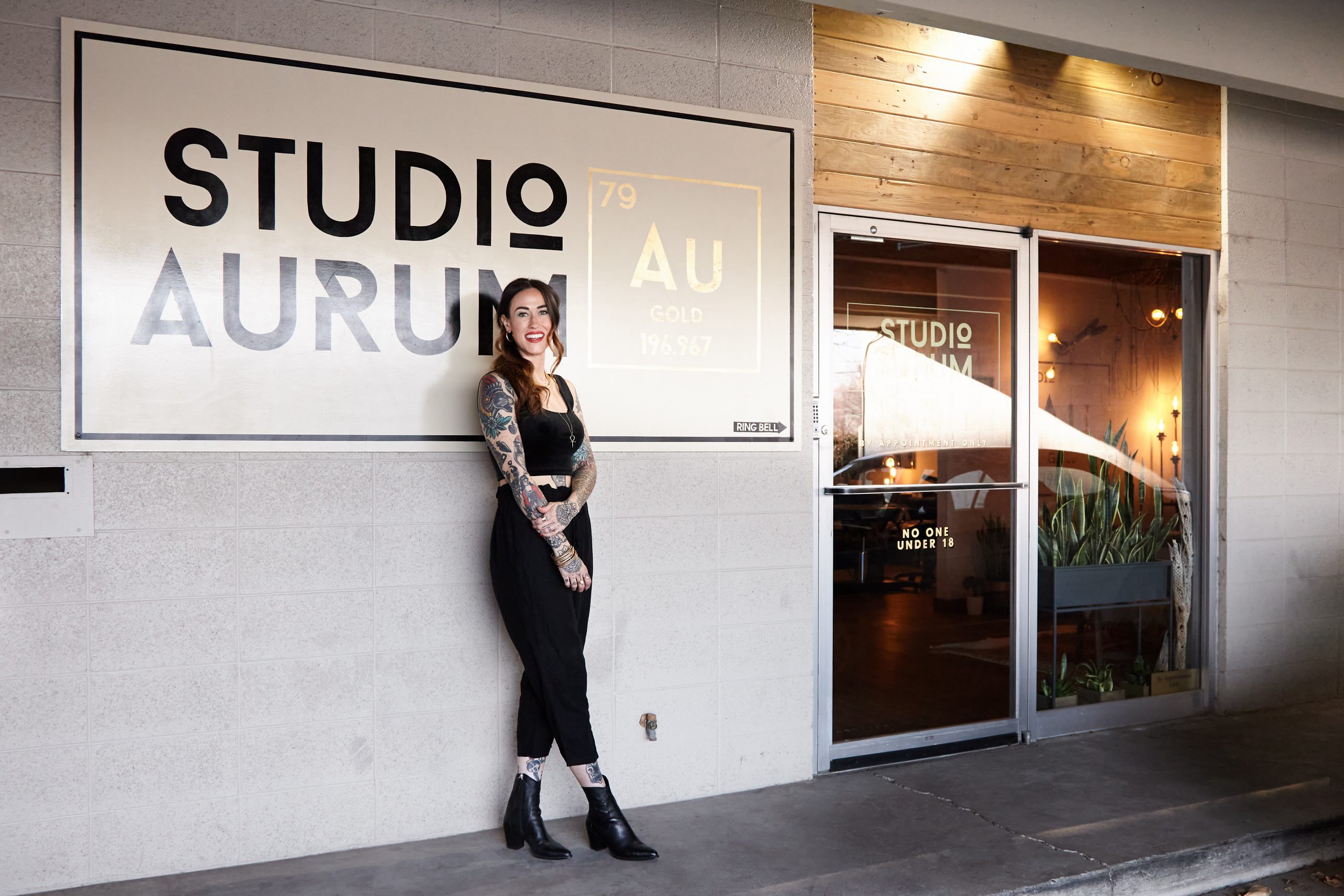 In the past decade, permanent makeup has gone from an avant-garde trend to a worldwide beauty movement. Permanent eyeliner, lipstick and even freckles have become popular cosmetic enhancements, but the most beloved by far is microblading. A form of tattoo, microblading accentuates the shape and density of the eyebrows using individual hair strokes. The process is fairly quick but can be tedious, so finding a skilled artist is crucial. One such individual is Megan Davies, a local microblader who has been working in the body-art industry for several years.

“Microblading was brought to life again in the beauty world due to tool and technique innovation.”

Davies began her career in aesthetic enhancements when she was a tattoo apprentice at Lonely Hearts Club Tattoo. During her apprenticeship, Davies learned about tattoo ethics, personalization of pieces and how to create a good experience for clients. In time, Davies realized that she wasn’t interested in pursuing tattooing as a career, and instead pivoted her passion toward something that had caught her eye decades ago. “Being artistically inclined, I recall being interested in learning permanent makeup in the early 2000s, but I couldn’t get past the way old-school, tattooed brows and eyeliner looked years down the road,” Davies says. It wasn’t until one of her friends began microblading out of Lonely Hearts that Davies saw how the world of bold, permanent brows had changed.

“Microblading was brought to life again in the beauty world due to tool and technique innovation,” Davies says. “[I learned how] microblading could add shape and density to brows, while keeping the look natural, by creating super-fine, individual hair strokes.” After learning the basics of microblading from her friend, Davies started honing her craft by taking advanced courses around the country. Soon she was offering her own microblading services out of Lonely Hearts Club and several other studios around the city. Davies currently operates outside of Studio Aurum in Salt Lake, a peaceful and stylish appointment-only studio.

“I want my microblading to look classic and timeless.”

As a permanent brow enhancement, microblading is essentially a tattoo. Imagine tiny needles dragged across your skin in delicate individual strokes on your face. While it may sound arduous and painful, when applied by a skilled microblader like Davies, the process is actually quite soothing and perfectly suited to a client’s face shape and features. Each client is matched with their ideal brow shape and color to accentuate their existing eyebrows, keeping them looking natural and effortless. By using these special techniques, microblading can appear to lift and open the eyes, creating a more youthful and well-rested appearance.

“I work with each client to determine their goals for their brows before starting any work,” Davies says. “However, I want my microblading to look classic and timeless, and lean toward brow shapes that have stood the test of time.”

To prepare for your microblading appointment, Davies asks that you avoid alcohol, caffeine or blood thinners for 24–48 hours. Your skin must be free of any injuries or sunburns, and you should arrive with a clean face. Davies begins by mapping out reference points for your personalized brow outline. Once she creates the ideal symmetric brow, an anesthetic numbing cream is applied to the brow area. This ensures the procedure is comfortable and safe. Once complete, the cream is removed, and Davies draws a “skeleton” brow to reference as she microblades. Using a manual hand tool, Davies begins by making carefully placed hairstrokes between existing brow hairs. She then applies a cosmetic-grade tattoo pigment and lets it soak into the newly created hairstrokes. The process is repeated as needed and takes between two and three hours.

To care for freshly microbladed brows, gently cleanse with mild soap and warm water, followed by a special healing balm that will be provided at your appointment. Davies recommends avoiding sweating, direct-sun exposure or submersing in water for two weeks. After 10–14 days, the area will have healed externally, and after a few more weeks the pigment will show more clearly. As skin cells naturally turnover from exfoliation and other factors, microblading tends to fade with time. Touch-ups may be needed, and color refreshers are recommended every 12–18 months.

“I feel so fortunate to be able to do what I love and make other people happy, too!”

At Studio Aurum, Davies is also taking special precautions during the lingering age of COVID-19. Only one client is allowed in the studio for an appointment, and must wait in their car until summoned. Davies asks that clients leave all nonessential personal belongings behind and provides everyone with new masks upon arrival. While it may be a bit different, customers can expect a safe and relaxed microblading experience.

The world of permanent makeup has enhanced the beauty industry in so many ways, and Davies is grateful for the ways microblading has created opportunities for her. “I feel so fortunate to be able to do what I love and make other people happy, too!” she says. As permanent makeup continues to gain popularity, Davies wants to expand her range of services and eventually offer freckles, lip blush and powder brows. Keep an eye out for changes on the horizon at Studio Aurum!

To find out if microblading is right for you, head over to Davies’ website at megandaviesartistry.com. Keep up with Studio Aurum by following their Instagram @studio_aurum_slc, and follow Davies’ microblading journey at @browfrau on Instagram.