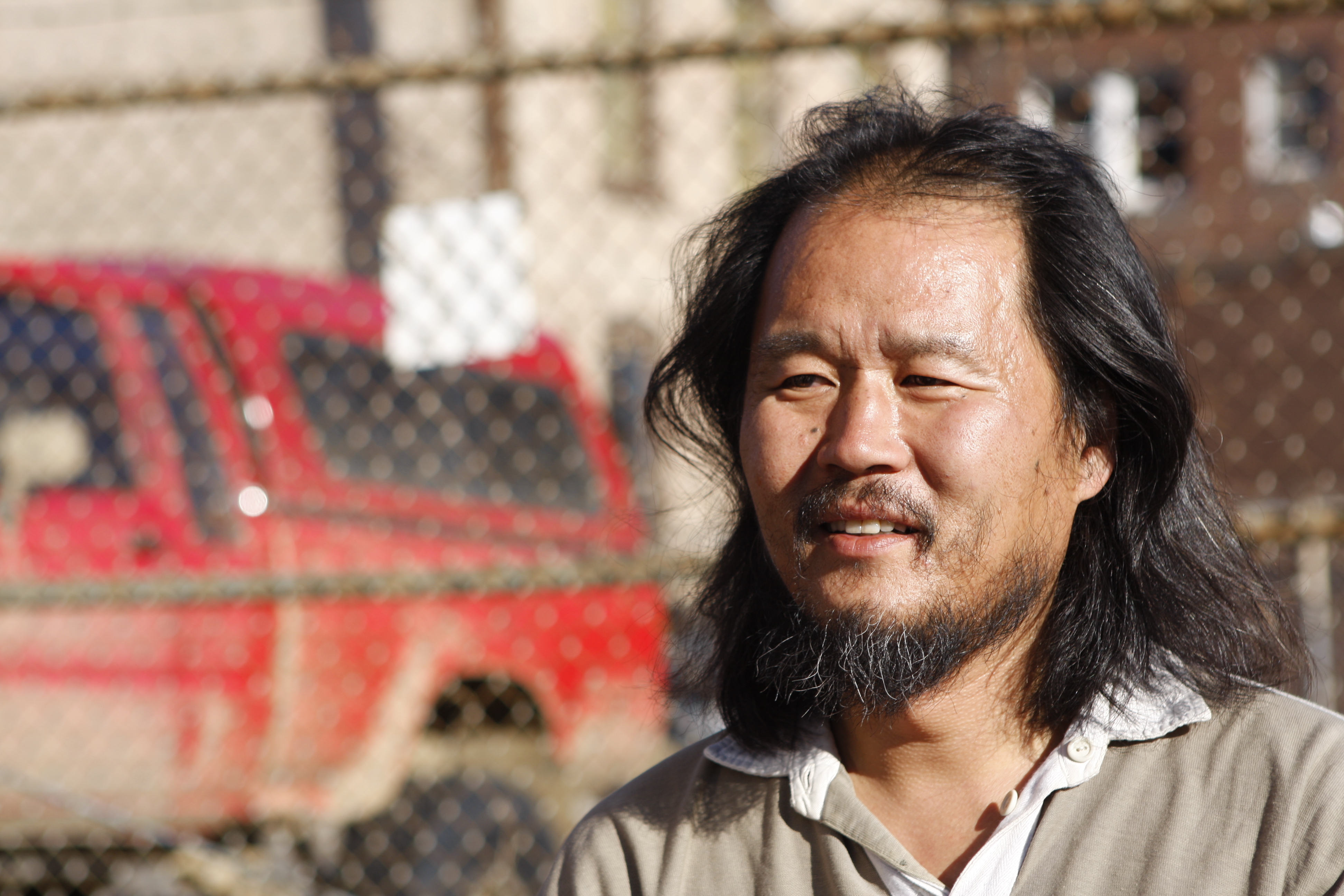 If Not Now, When?

Eric Tanner expected 30 or 40 people to show up to his poetry book pre-release party at nobrow coffee and tea on Dec. 15, but over 150 people ended up attending. He tells me this happily, his sentences choppy, peppered with a strange cadence, the meaning blunt. You could say his poetry follows suit, gets straight to the heart of a matter, imbued with a simplicity that knows the most important question in poetry is, “How much can I cut and get away with?” Tanner has been a little volcano in the local poetry scene for a couple years now. He gained more exposure after being taken under the wing of Chris Leibow (c.a. leibow), a local poet who champions Tanner. Leibow has been nominated for the Pushcart Prize, yet while I talk to Tanner, Leibow stays in the background, always deferring to Tanner, always turning the attention back to him. He calls Tanner a “superior poet.” Tanner brushes off the praise combatatively and good-naturedly.

Tanner’s history is a colorful one, and his ability to pour life into words didn’t come by accident.

Tanner’s dad worked in embassies when Tanner was young, so he moved around a lot growing up. His life took a huge turn while he was doing a BYU study abroad program at the University of Cape Town in South Africa. He witnessed the negative effects of apartheid and racism firsthand and was greatly impacted by what he saw. After Tanner’s freshmen year at BYU, he planned to transfer to Tufts University in Massachusetts and study international law and diplomacy. But as fate would have it, Tanner went to Provo one last time to say goodbye to friends, when he spotted a sign in BYU’s bookstore window that read, “Are you for peace and human rights? Join Response.”

“I knew right then that I had to stay, that I had a mission, a purpose,” said Eric. “It was one of those moments where I asked, ‘If not me, who? If not now, when?’ I knew I had to stay and help out.”

Tanner eventually became the president of Response, “a bunch of hippies and weirdos,” a peace and human arts group who was strongly anti-apartheid, for two years.

The group organized a peace symposium and an annual conference called Human Rights Week. They invited—and got—speakers like Randall Robinson, the founder and president of TransAfrica, and John Healey, the executive director of Amnesty International. Healey waived his speaker fee two years in a row and encouraged Tanner to start a chapter of Amnesty in Provo. “Reponse was the most visible student organization at BYU,” says Eric. “I was the only non-student body officer invited to be in BYU’s Leadership Colloquium.” When he took over, Response had -$800, but when he left, they had $44,000. They had the support of many prominent teachers and even department heads. Yet Tanner got tired of reading pro-apartheid editorials in the Daily Universe, BYU’s official student newspaper. “The editors were proud of it,” says Eric. “This was 1984-1986 and blatant racism was out, but subtle racism was OK. I wrote letters to the editor all the time, but they wouldn’t allow me to write an editorial with equal space in response,” says Eric.

While at BYU, Tanner also was the secretary to the Associate Executive Vice President Maren Mourtenson, under then-president Jeffrey Holland. During Tanner’s last semester, he was involved in the beginning of the Student Review, an unofficial student newspaper and Provo’s main alternative voice for 13 years. SR was banned on BYU campus, and their first expense was going to court to defend themselves against the university, who wanted to keep SR from being distributed on public sidewalks around the campus as well. SR won the case on free-speech rights. In 1986, Tanner’s group got the first fall issue out, but during winter semester, Tanner left Utah to go on another BYU study abroad program, this time in Vienna.

News from his old friends trickled in, but they were like dull echoes through a thickening fog. Tanner’s last semester shouldering an 18-credit load on top of three years of nonstop involvement with Response had burned him out emotionally, physically and mentally. He had gotten accepted into Harvard Kennedy School of Government with the help of a mentor, but he found himself slipping deeper and deeper into depression. He started to drink: “I fell in love for the first time,” says Eric.

He began wandering Europe, going through 4-5 years of living on the streets. “About 2/3 of my poems are about wandering Europe when I was 30,” says Eric, “about spiritual existential homelessness.” He endured 12 years of going in and out of treatment and institutions. He was eventually diagnosed with bipolar disorder and put on the right medication a year ago.

“I was not well enough to know I wasn’t well,” says Eric.

Leibow got Tanner “off the street and onto a stage,” he says. Tanner was the first poet at the first Cabaret Voltage, a weekly poetry reading that took place at the Urban Lounge for two years. He continued to stay involved, appearing on the coffeeshop circuit, and slowly, his name began to spread.

Leibow funded the making of 50 chapbooks of Tanner’s poetry—a stapled, “Kinkoed,” folded poetry book. They sold out in four days. Chris made another 100 and they were gone within two months. Other editions of the chapbook have been printed since then, and a first edition recently sold for $200. There are 40 old poems from those chapbooks and 40 new ones in Tanner’s new book of poetry. Tanner is also releasing a CD of him reading his poetry backed by music project Kettle Black, one member of which is cellist Joel Hales (Phono, Kid Madusa).

Tanner reads his “thesis poem,” “Rhythms of the Moon,” for me, and his voice turns into a smooth legato, self-assured. He points out the precision in one of the carefully turned phrases, explaining how every word is deliberate, thought out in his poems. The poem is full of metaphors.

“I learned that at BYU,” says Eric, half-joking. “Never say what you really think.” He continues, “If I had gone to a liberal school, I would have been a yuppie. Instead, at BYU, I felt the necessity to speak out. I had to fight because I couldn’t do otherwise.

“Politics is in my poems,” he says. “And if you can decipher them, you’re doing better than me.”