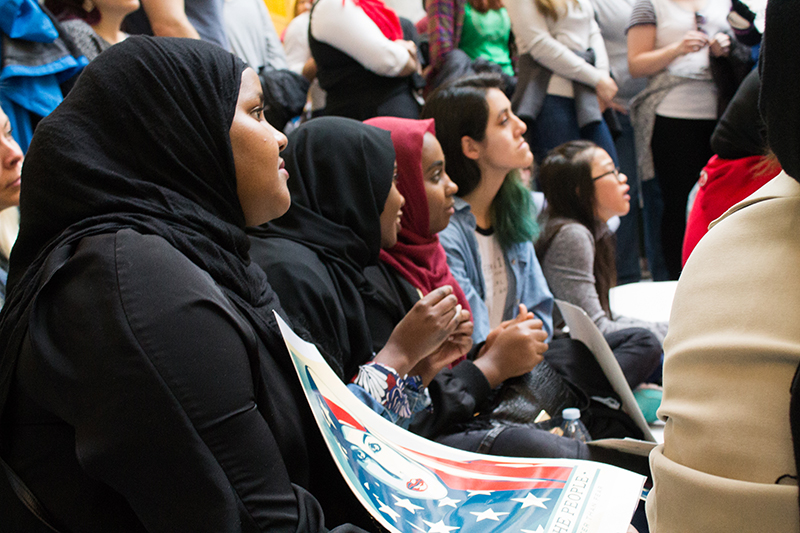 Journey to the Wasatch: A Fundraiser for GenR

“No Hate! No Fear! Refugees are welcome here!” chanted the crowd of 8,000 people attending the Utah March for Refugees on Feb. 4, 2017. This peaceful march was in response to the first executive order halting refugee resettlement. The 9th Circuit Court of Appeals has since stayed the first and second executive orders (as of press time), but since then, the number of expected refugees resettled has significantly decreased. Utah has long welcomed refugees with open arms, and the International Rescue Committee (IRC) has played a large role by providing humanitarian aid.

If helping refugees is something you’d like to learn more about, you’re in luck. Journey to the Wasatch, a fundraiser for GenR (a group of young humanitarians who work with the IRC), will take place on April 19 at The Falls Event Center at Trolley Square. “Journey to the Wasatch will be a really fun party!” says Natalie El-Deiry, Acting Executive Director of the Utah IRC. “We’ll have a live auction, vignettes of our different programs and interactive displays.”

A major component to any fundraiser is the food, and Journey to the Wasatch is no different. One of the IRC’s programs, in partnership with Salt Lake County, is the Spice Kitchen Incubator, and they’ll be showcasing some of their successful businesses at the event. “We have a commercial kitchen that’s about 4,000 square feet where we help people with training and technical assistance to start a food business,” says El-Deiry. Spice Kitchen helps people secure marketing opportunities through catering or at special events in the community, like the Downtown Farmers Market. “Most people want to move into a brick-and-mortar, or some people just want to cater. We’re here to support them,” says El-Deiry. “We predominantly serve refugees, but we also serve new Americans and other disadvantaged people.”

Expect to sample flavorful Jamaican fare from Jamaica’s Kitchen. Olives and Thyme, one of Spice Kitchen‘s first and most successful businesses, will also be on hand with delicious Middle Eastern food, among other entrepreneurs. Uinta Brewing and Beehive Distillery will serve beer and signature cocktails. General tickets are $75 and include entrance at 6:30 p.m. If you fancy yourself a VIP and would like to attend the special reception before the event, tickets are $100. Current members of GenR will receive a discount on their tickets. Buy your tickets online at cvent.com and be sure to RSVP to the Facebook event page to help get the word out (and so all your friends will know that you’re going).

Journey to the Wasatch promises to be a fun and enlightening event, and the proceeds will stay local, helping the IRC serve refugees and their families. “By attending this event, people are standing up and raising their voice in support of refugees,” says El-Deiry. “We truly believe that refugee families are looking to us for reassurance that they are welcome and safe from harm and free to make Salt Lake City their home. We appreciate the support of SLUG and other sponsors sending a powerful message about the compassion of Utahns.”

If you can’t make it to the fundraiser, you can still join GenR, a dynamic part of the IRC with chapters all over the country. “GenR is a group of young, influential humanitarians who have joined forces with the IRC to help refugees in Salt Lake City to rebuild their lives and thrive,” says El-Deiry. “This group was founded because we were seeing a demand from young people that wanted to become engaged with the IRC.” A membership to GenR is $125, which includes invites to film screenings, special volunteer activities and other unique opportunities to network with other humanitarians and support IRC’s mission. To learn more about GenR and their important work with refugees beyond Journey to the Wasatch, visit rescue.org/genr and follow them on Facebook (@WeRGenR).

It’s never been so critical to support the work of GenR and IRC. “We’re at a unique and pivotal time in the United States. The values that the U.S. was built on, immigration and religious freedom, are at stake,” El-Deiry says. The outpouring of support at the Utah March for Refugees was a good start, but we have more work to do. “With the increase in hate crimes, we are seeing people deal with fear and anxiety,” says El-Deiry. “Some women are choosing not to wear their hijabs because they’re uncomfortable and getting strange looks. The IRC is committed to protecting people who have every right to be here.” Attending Journey to the Wasatch will be another public show of support, demonstrating to our refugee population and others that we stand behind the IRC and their important work.